Our 2001 Globus "British Heritage" tour included a stop at Stoke-on-Trent, the place where  all  the famous potteries originated.   We toured the Wedgwood factory.  Audio headsets explained how china is made, and we were able to see production firsthand at various stations throughout the factory.
The gigantic statue below is Josiah Wedgwood I, who was known as the 'father of English potters.' 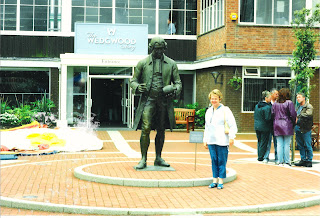 The factory tour ended in their beautiful gift shop.  Of course, I had to bring a Wedgwood teacup home with me.  Wedgwood began producing their own fine bone china in 1812. 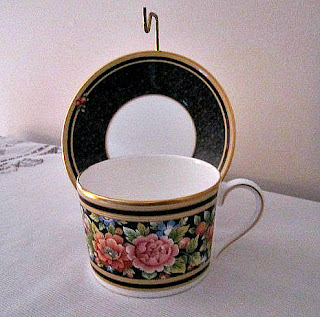 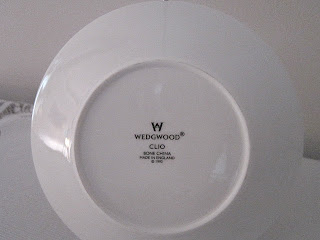 For Christmas 2007 I was given the beautiful Wedgwood trio set pictured below. 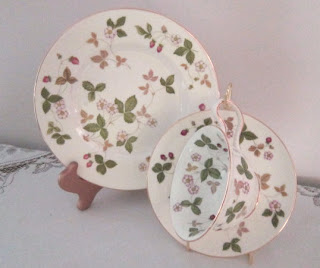 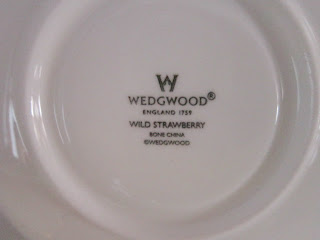 Almost synonymous with the name Wedgwood, is their famous Jasperware which was introduced in 1774.  Jasperware is made from a clay body invented by Wedgwood himself,  containing barium sulphate, which sets it apart from other clay bodies.  That distinguishing ingredient was kept a secret for many years.  Jasperware itself is pure white, but numerous colors have been added to it - with the most popular being a light to medium blue [known as Wedgwood blue] with white "ornaments" added.  The ornaments are made in separate molds and added at a different stage of the processing.   Jasperware is unglazed, which produces its matte finish.
Below is a Jasperware miniature Christmas teapot ornament.  It's the only Jasperware I own. 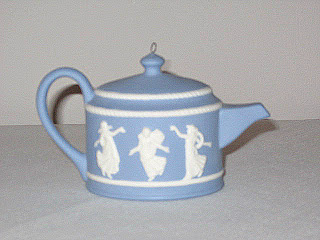 Below is Wedgwood's recent timeline:


Do you think Josiah Wedgwood might roll over in his grave if he knew all the transitions his company has gone through?  ;-)
Posted by relevanttealeaf at 7:00 AM