A Tribute to Princess Diana 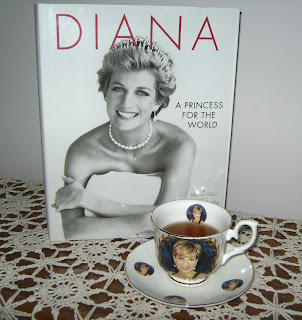 Born 7/1/1961 - Died 8/31/1997
It hardly seems possible that fifteen years have lapsed since the fatal car crash that took the life of Princess Diana.
From the time she became engaged to Prince Charles, I [like countless others] followed her life with great interest.   I was one of those 750 million viewers who watched her fairytale wedding in London's St. Paul's Cathedral, and one of the 2.5 billion viewers who watched her sad funeral in Westminster Abbey.

It was only natural that I would want travel to Grand Rapids, MI [160 miles from my home] to see DIANA a celebration [of her life] when the GRAM [Grand Rapids Art Museum] hosted the exhibition in 2010-11. 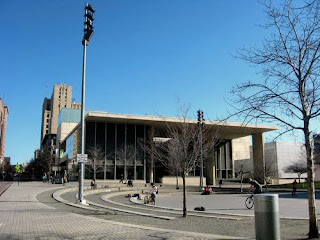 [Internet photo of the GRAM]
My good friend, Lori, picked me up at 9:00 a.m. on the morning of February 10th, 2011 for our jaunt to the western side of the state.   We traveled under clear blue skies, but very cold temperatures.

The exhibit had nine display rooms and included items from Diana's childhood, engagement, the royal wedding, her children, and 28 outfits that she wore from the 1980's to the gown she wore in her last public appearance.
I drooled over the commemorative bone china English Rose teacup and saucer, but at $59 I settled for a tin of Althrop English Breakfast tea instead - a decision I've regretted ever since! 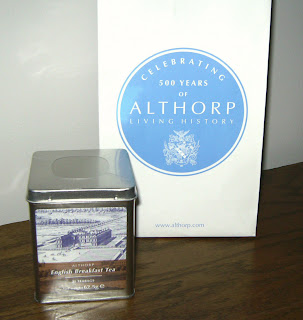 When we finished the exhibit, we asked if there were any places in downtown Grand Rapids that served Afternoon Tea.   We were told the Amyway Grand Plaza Hotel was about a block away, and while they didn't have an Afternoon Tea program, they were co-sponsors with the Art Museum for the exhibit, and we could get a cup of tea in one of their four restaurants.  The hotel was founded in 1913 and was known as the Pantlind Hotel.  After extensive renovations, it reopened in 1981 as the Amway Grand Plaza Hotel. 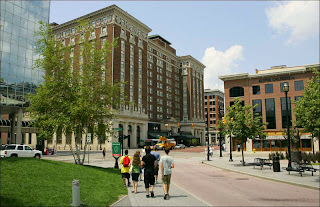 [Internet photo of the hotel, in center]
In the lobby of the hotel was a replica of the Royal couple's wedding cake. 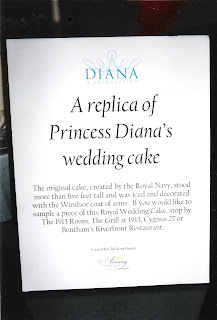 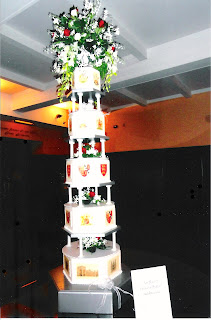 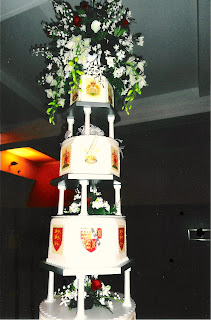 It is said the couple had 27 wedding cakes, but the official cake was supplied by the Naval Armed Forces.  Two identical cakes were made in case one was damaged in transit.  The bottom layer took 12 hours to bake, and it took 14 weeks to complete the five foot cake from start to finish.
Lori and I opted to go to the hotel's Bentham's Riverfront Restaurant for lunch, and we ordered a piece of the wedding cake recreated by the hotel for dessert, along with a  cup of tea.   They offered Pickwick tea bags and I selected "Purely Peach." 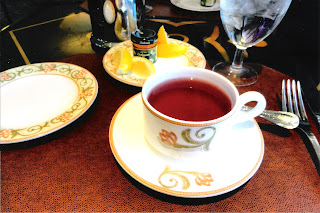 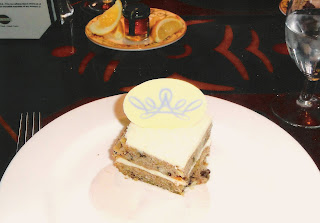 I was trying to decipher what was in the cake... bananas, coconut and maybe some apples??   I asked our server if he knew what was in the cake.  He disappeared momentarily, and returned with a copy of the recipe for each of us.  We were delighted!  Turns out it had all three of those ingredients as well as crushed pineapple.
The recipe is an "adaptation" of the original wedding cake  recipe.
Princess Diana's Wedding Cake
[as served at the Amyway Grand Hotel]
1 1/4 cup vegetable oil
3 eggs, beaten with mixer
1 3/4 cup granulated sugar
1 tsp. vanilla extract
2 1/4 cup all-purpose flour
1 1/2 teaspoon ground cinnamon
1 teaspoon baking soda
8 oz. crushed pineapple with juice
1 1/2 cup chopped bananas
1 cup chopped apples
3/4 cup shredded coconut
3/4 cup chopped walnuts
Preheat oven to 350 degrees.  Grease and flour the bottom of a 9 x 13 pan.  In mixing bowl mix together oil, eggs, sugar, and vanilla extract.  Sift dry ingredients and add to the egg mixture.  Add remaining ingredients.  Pour into pan and bake for 48 minutes or until done.
Cream Cheese Frosting
8 oz. cream cheese
1/4 cup oil
1 tsp. vanilla extract
3 cups powdered sugar
In mixing bowl, mix oil and vanilla extract into cream cheese.  Beat until smooth.  Add the powdered sugar, mix until well combined.
﻿
*  *  *
DIANA a celebration exhibition will be at the Frazier History Museum in Louisville, KY 9/15/12 thru 1/13/13.   I highly recommend it.
Lifting my teacup in tribute to Diana, the Queen of Hearts!
Posted by relevanttealeaf at 2:42 PM