Tea by Three and Teacup Cottage

In the spring of 2002 I stopped at an antique store where a sale was in progress, and purchased several silver plated serving trays.  The owner asked what I was planning to do with them, and I told him they would be used at tea parties.  He mentioned a lady frequently came into his store who had a tea party business.   My interest was piqued, and I asked if he'd get her name and phone number for me the next time she came in.  He did, and I contacted her.

I discovered she was one of three business partners, and the name of their business [which was started in 1999]  was "Tea by Three."  Their tea parties were held outdoors on nearly two acres of lovely garden areas owned by one of the partners.   All three ladies were  avid gardeners who  had met through a gardening group.   Since tea and gardening pair well together,  their tea business evolved naturally.   The owner of the garden property said she was initially inspired to start the tea business to fund her gardening passion, but her love for tea quickly caught up.

I was mailed information about a Victorian themed picnic tea  they were hosting in June 2002, and made reservations to attend.  It was a lovely event. 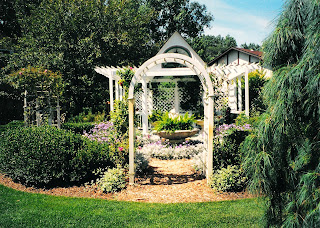 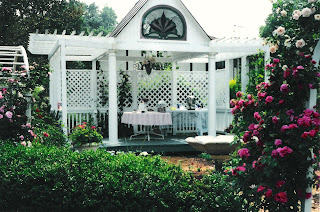 In 2001 Cheryl [owner of the garden property] had a 14 x 12 Victorian cottage built which she named, "Teacup Cottage."  It seats three adults comfortably or four children, and is absolutely adorable! 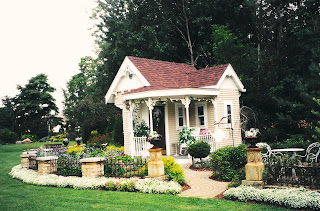 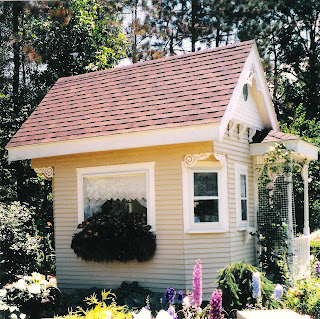 A Secret Garden off to the side of the cottage. 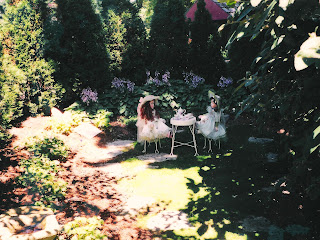 The interior has a kitchenette, combined living  room/dining area and loft. 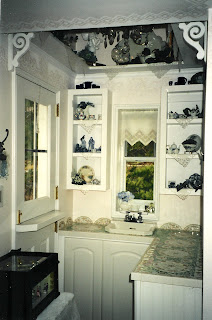 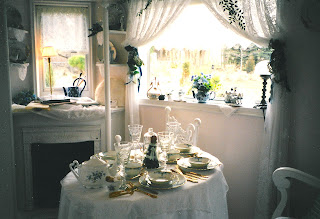 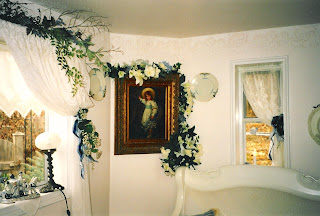 I met Cheryl again in July  2002 when I joined a tea club where she was a member.


Eventually she became the sole owner of the business and retained the name since most people  thought Tea by Three implied Tea by 3:00 p.m.

In August 2004, shortly after I retired from my secretarial job at the church,  Cheryl asked me if I'd like to work with her at Tea by Three.  I enjoyed that opportunity until June 2009.

A beautiful upper level sunroom, that serves as a tea room to accommodate up to 36 guests, was built onto her home.   It overlooks the picturesque gardens, which  guests often stroll before tea time.  The indoor facility provides opportunity to host events year round, although some parties are still held outdoors. 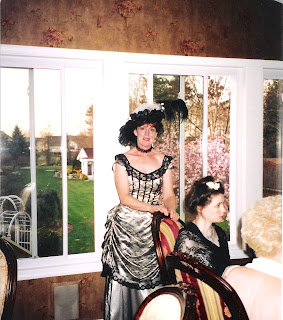 Cheryl, Owner  [Notice the Teacup Cottage visible through the window.] 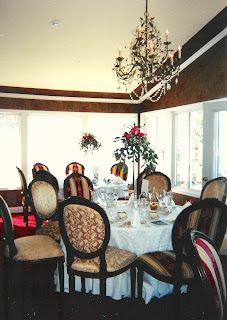 Tea by Three  has a lovely boutique for shopping before and after tea.  It is housed in a barn shaped building [pictured below] and a greenhouse located right next door.   I used to think I was Cheryl's best customer, because I purchased many beautiful items there over the years. 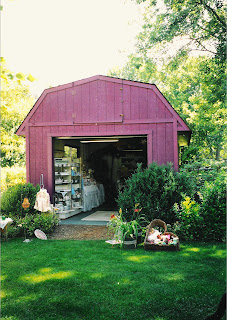 During my time at Tea by Three, I did a variety of things from helping coordinate special events to being a server, to set-up and clean-up.   I also gave oversight to a cookbook that was  published by Morris Press in 2006. 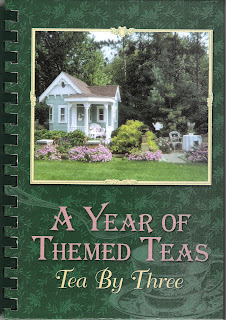 Tea by Three events are only hosted periodically, and the tea room is not open for business on a daily basis.

Cheryl is very creative and talented, and it was always fun being at Tea by Three.  I blogged about the Last Dinner on the Titanic here, and will be sharing another special theme event that I worked on in an upcoming post next month.

I aspired to write an article about the Teacup Cottage for publication, and in 2005 I almost succeeded!  ["Almost" never counts, however! ;-)]   After on-going communications with Abella Carroll, Executive Editor of Romantic Homes Magazine at the time, I was notified my article was discussed at an editorial meeting and wanted for an upcoming issue.   Editor, Erika Kotite,  began checking on dates for their photographer to do a photo shoot,  when things ran amuck.   The magazine underwent a  management shift when Abella Carroll left the magazine for another job, and Erika Kotite encountered a medical problem that took her away from her job indefinitely.   Although I was given the name of a new contact person,  my article fell by the wayside.

All was not lost, however, as I made lasting memories with my three oldest granddaughters when I took  them to tea at the Teacup Cottage - twice! 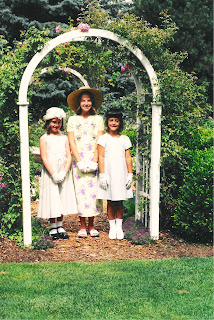 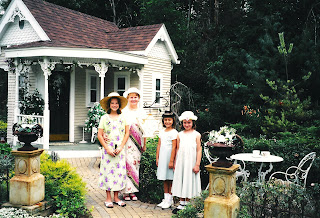 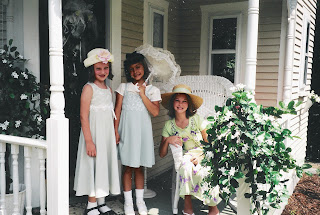 A June tea party inside the Teacup Cottage. 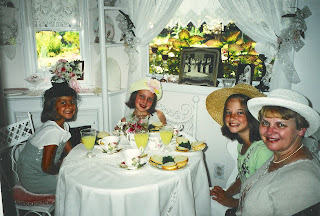 Dessert was served outside on the pergola.  Aren't those teddy bear cakes darling? 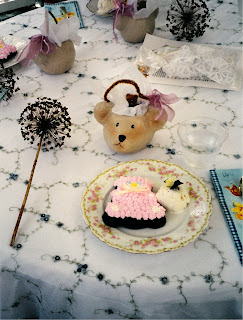 Tiffany by the Secret Garden gate - and no, that's not a real outhouse!  ;-) 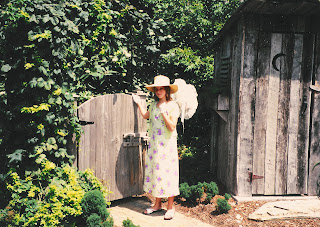 The girls inside the Secret Garden.  They're holding teacups which Cheryl  helped them transform into fairy beds. 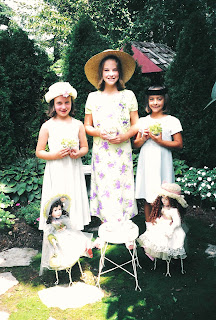 Below, the Teacup Cottage  is all decorated for Christmas. 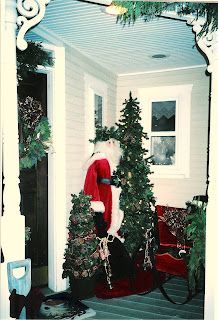 The granddaughters, all dressed up and ready for tea! 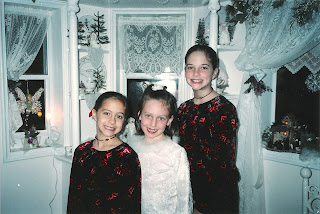 A Christmas toast in the Teacup Cottage with "Nana" [me]. 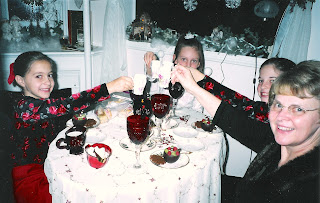 Posted by relevanttealeaf at 11:41 PM