Many tea enthusiasts find themselves aspiring to open a tea room of their own, and I was no exception.   I visited every tea room  within reasonable driving distance [and some that weren't], to enjoy the pleasures of Afternoon Tea, as well as to observe the variations in service and style.  No two tea rooms are ever alike.

In 2001, a tea room opened 35 miles south of where I live.  Ironically, its location was in the city where I grew up, so I knew the area well.  I  made reservations, and anxiously looked forward to seeing a tea room that had been transformed from a former  fruit market!  It was lovely inside and out, and was the first of many visits. 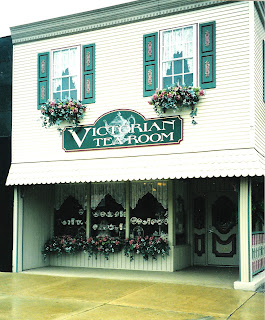 Most tea room owners won't share information about their business, but Shirley [the owner] was the exception who was willing to mentor me in any way that she could.  I met with her after hours when we could talk uninterrupted, and she answered question after question from this wanna-be entrepreneur.    As our friendship progressed she allowed me to come to her tea room on Saturdays [I still had my M-F day job] and observe the inner workings of the kitchen, retail area, and tea room.  I loved every minute! 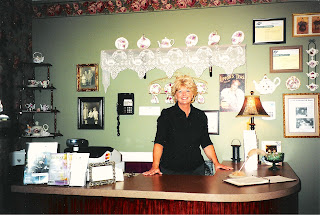 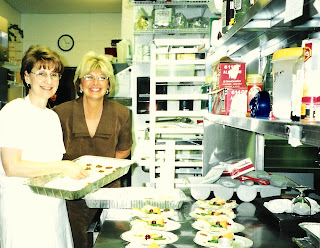 
In March 2002 I traveled to Columbus, Georgia to attend Magnolia & Ivy's Thursday evening thru Sunday noon conference,  Open a Tearoom for Profit. 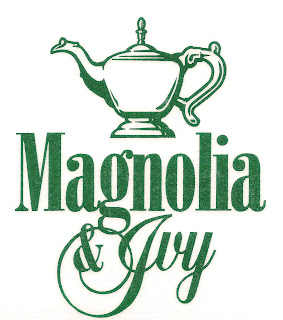 Sisters, Kay Snipes and Terri Eager were the conference instructors.   They were well qualified to teach on the subject of opening a tea room for profit.  They opened their first tea room in 1995 and within a year opened three more, plus two tea rooms in bed and breakfast inns!   Shortly after my 2002 conference, they sold their Georgia tea rooms and moved to the Village of Sandestin Golf and Beach Resort [in Florida] and opened a gorgeous tea room there.  I had the privilege of visiting the tea room,  but that's a post for another time.  They continued hosting conferences four times a year until 2008 when they retired from the tea room business and moved back to Georgia.

Twenty-one attendees came to the March 2002 conference from eleven states. 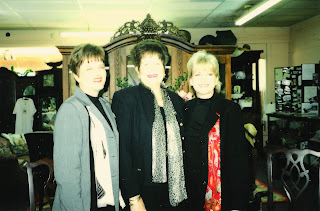 The conference opened with a candlelight Gone With the Wind theme tea, which was great!

Sessions began at 9:00 a.m. on Friday and Saturday mornings and went throughout the day.   Some of the seminar topics were:  Tea, the Main Event;  How to succeed in Food Service; Giving Superior Customer Service; Themed Events; and much more.  It was a lot of information to process, and I can still  hear Terri telling us - "How do you eat an elephant?"  "One bite at a time!"

The conference was an awesome experience.   I met wonderful people and still keep in touch with some.  Two points that were deeply instilled - use quality tea, and it's all the details!

It was definitely a year of  learning  regarding tea.    In October  I  traveled to Denver, Colorado to attend the American Tea Society Convention which I blogged about here.


Posted by relevanttealeaf at 12:00 AM