How special that Epiphany fell on Sunday this year - the first Sunday of 2013. 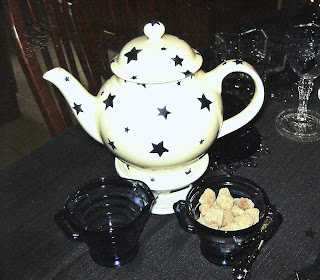 I bought the above Emma Bridgewater teapot, called "Starry Skies," specifically for an Epiphany Tea that I hosted for three of my neighbor ladies.   It's symbolic [to me] of the star in the east that led the Magi to the Christ child.  Epiphany [always celebrated on January 6th], is the celebration of the revelation that God the Son [who took on the human form of an infant child], gave to the Gentile [non-Jewish] Magi, that He was born to be the Messiah [King and Savior of the world], first to the Jews and then to the Gentiles.  [Matthew 2: 1-11]


The message in church this morning focused on the word "new."  I've wished many people a "Happy 'New' Year" over the past few days, but this morning I had my own "aha" moment [or epiphany] when I realized how wonderful it would be if something "new" happened in the lives  of others because of something I did to make it so.  God forbid that I would just exist  without doing something that counts - one person at a time.  That's my challenge and goal for the "New" Year!
Epiphany Tea Tablescape 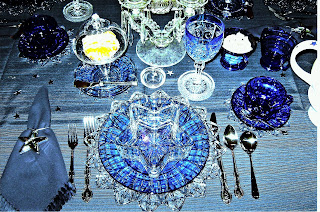 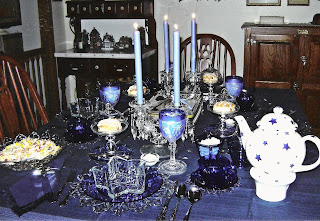 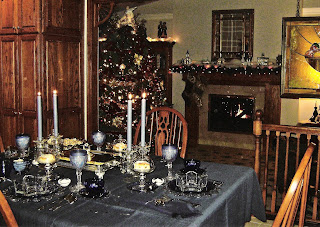 
Maybe next year I'll get up enough courage to make the Galette des Rois [French puff pastry King Cake] that's eaten in France on Epiphany.  I've got step-by-step directions, but haven't attempted making one yet.

Posted by relevanttealeaf at 8:47 PM