My daughter-in-law is the Children's Director at my church, so a few years back [when the American Girl movie came out featuring Kit Kittredge], she asked me to do an American Girl tea party for the girls and their moms.  They went to the theater to see the movie first, and then returned to her house for the tea party afterwards.

What would an American Doll tea party be without American Girl dolls?  Some of the girls brought their dolls to 'hang out' with each other during the tea party!  ;-)  Kit is the doll in the back/center of the photo, wearing the white hat with green bow.  Her time period is the Great Depression. 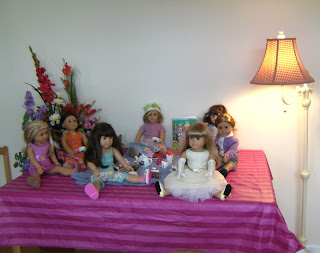 Kit liked to write, and wanted to be a journalist, so each girl attending got a notepad and ink pen as their favor. 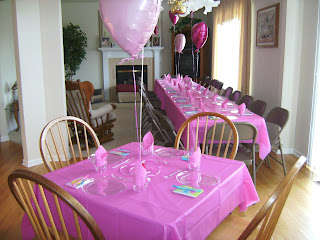 Kit's mom belonged to a Garden Club, so the dessert was individual dirt cakes. 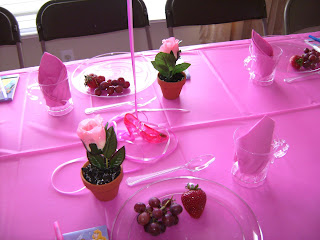 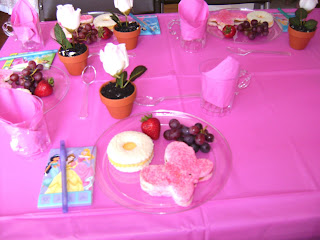 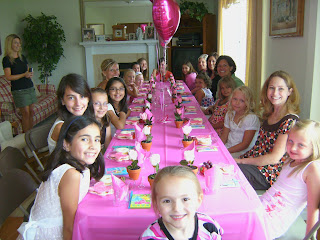 The girls [and their moms] all had a good time.  After they ate I shared the history of how American Girl dolls came to be, and we talked briefly about etiquette. 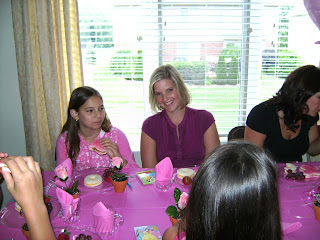 The second American Girl tea party that I coordinated was an 8th birthday party for a little girl named Annabel, held at Ardmore Park Place [a restaurant in an old historic Victorian house].

A tiara for the birthday girl! 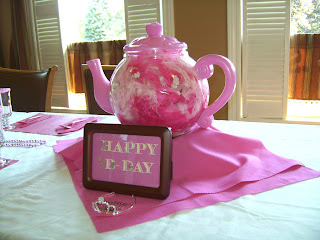 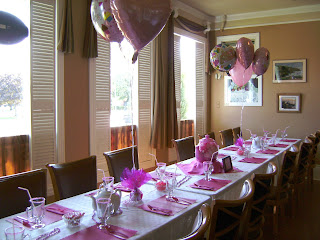 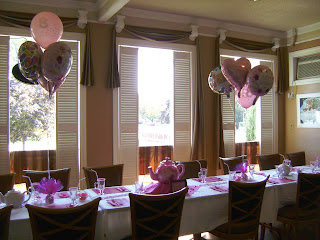 Sugar rimmed glasses were ready and waiting for pink lemonade to be poured from teapots. 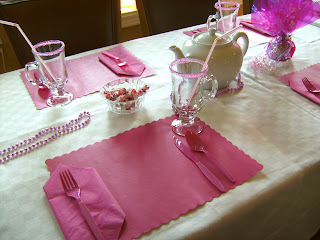 The doll table, which wasn't large enough to hold all the dolls once all the girls arrived. 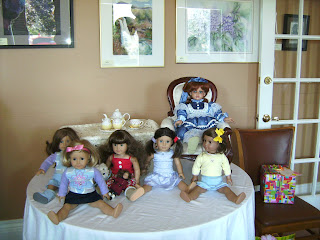 All the little girls ready and waiting for their meal to be served. 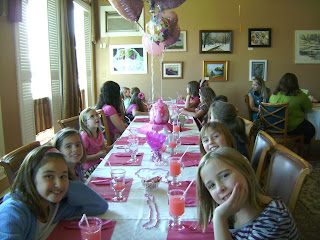 We began with warm cinnamon buns [the restaurant used miniature ones]. 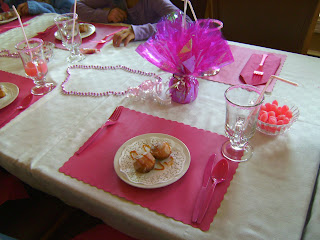 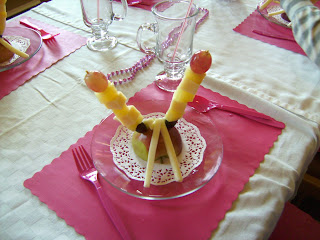 Peanut Butter and Jelly Spirals, Pizza on an English Muffin, and Pigs in a Blanket [or at least that's what they were supposed to be.  The kitchen staff had never made them before!  ;-)]. 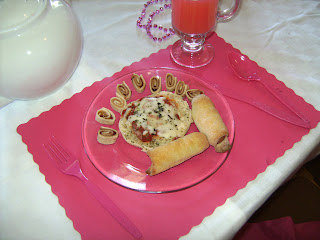 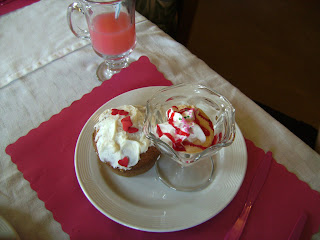 The plan was to talk briefly about etiquette and then Annabel would open her gifts.  As soon as the girls finished eating, however,  they were eager to get their dolls and see Annabel's presents,  so discussing etiquette never happened!  ;-)   It was a very fun party.