Fair Lane is the country home of Henry and Clara Ford, commonly referred to by Henry  as the "Residence."   Construction began in February of 1914 on 1,300 acres of farm land in Dearborn, Michigan.  It was ready for occupancy in December 1915.  Fair Lane is an area in County Cork, Ireland, where Henry's ancestors lived. 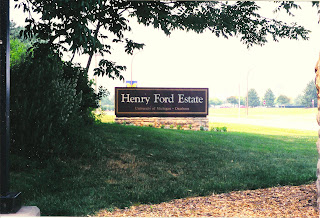 The residence has 31,000 square feet and contains fifty-six rooms [living room; dining room; kitchen and service/storage rooms; music room; library; seven bedrooms, 15 bathrooms, an indoor swimming pool, bowling alley and billard room; and a beautiful year-round sun porch.  The billard room was later converted to Mrs. Ford's study].   Fair Lane was not the largest nor the most opulent house of its era.  It was constructed of rough-hewn Ohio Marblehead limestone.  The architecture has British castle-like features known as Scottish Baronial. 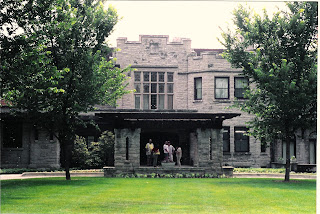 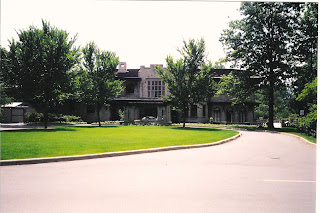 
I went on a tour of the residence a couple of times, but my son, Steve, and our family friend, Judy, had never seen it and their interest was piqued after reading the script for the Reader's Theatre at the tea honoring Henry & Clara.  So we went to Fair Lane for lunch at the Pool Room Restaurant. 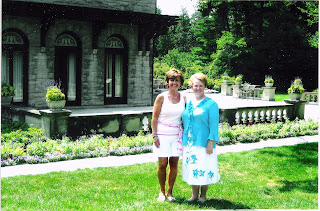 After Clara Ford's death, the Ford Motor Company purchased the estate from the heirs in 1952 and used it for corporate archives.  In 1957 the company donated it to the University of Michigan for the development of a Dearborn campus.  72 of the original 1,300 acres were designated a National Historic Landmark in 1966.    The indoor swimming pool was converted to restaurant known as the Pool Room Restaurant or Henry Ford Restaurant.   I ate lunch there once with my Tea Society and again in August 2005 with Steve, Judy and my husband. 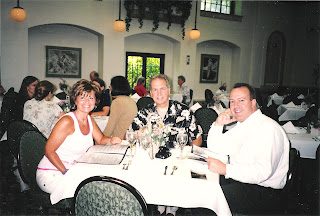 
Clara was an avid gardner, so there were several gardens on the estate - a blue garden, an English garden, a peony garden, an iris garden,  a rock garden, a vegetable garden, an herb garden, but the garden that received the most attention was her famous rose garden.  It was spread out over three acres and contained more than 10,000 rose bushes, tended by 20 full-time gardeners.


In 1930 when Henry and Clara visited England, they toured an old estate where they saw an iron gate of rare workmanship.  Clara admired it and asked Henry if he thought the estate would sell it to them for her garden.  Henry told her they wouldn't part with it, and Clara put the idea out of her mind.   Two weeks later when they returned to Fair Lane, Clara went out to check on her gardens, and was surprised to see the English Iron Gate set up separating the Iris Garden from the English Garden. 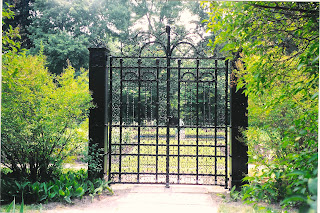 In December of 2005, I returned to Fair Lane with the owner of Tea by Three Tea Room for a Christmas Tea.  It was held in the mansion's elegant music room. 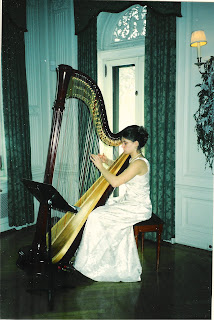 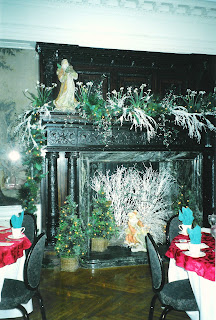 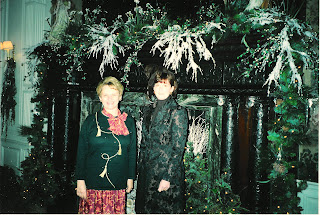 Me and Cheryl [tea room owner] 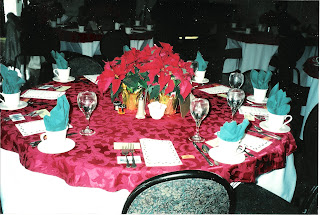 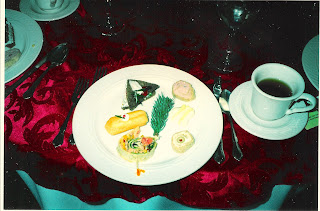 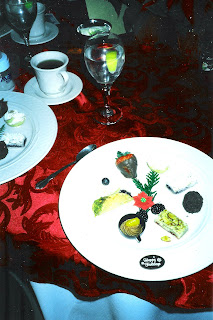 The lady in the photos below impersonated Clara Ford as the afternoon's entertainment and was absolutely delightful! 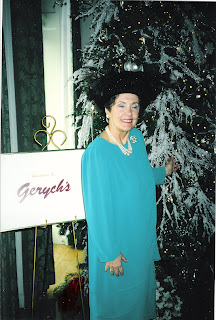 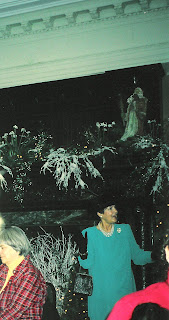 This is the Living Room and the portraits above the fireplace are Henry and Clara Ford.  The mansion has eight fireplaces. 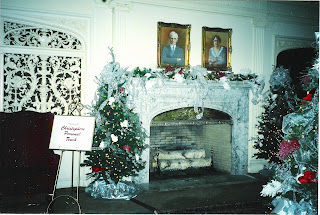 Fair Lane is closed to the public at the present time while it is undergoing restoration.  The University of Michigan - Dearborn, transferred ownership of the Estate to the Edsel & Eleanor Ford House on July 1, 2011.  It is anticipated that the house will reopen in phases to celebrate milestones in Ford Family History:  Henry Ford's 150th birthday in 2013, the Estate's 100th anniversary in 2015, and Clara Ford's 150th birthday in 2017.

Today I am linking to http://bernideensteatimeblog.blogspot.com/ for Tea in the Garden.

Posted by relevanttealeaf at 1:11 AM