On March 1, 2012 Fortnum & Mason was honored to welcome HM The Queen, the Duchess of Cornwall, and the Duchess of Cambridge to its Piccadilly store. The Queen was shown the many products designed to celebrate her Diamond Jubilee. Fortnum's holds two royal warrants for HM The Queen and HRH The Prince of Wales.

The store is world famous for their hampers as shown in the photo below with the Royal family.

181 Piccadilly, London, England - Fortnum & Mason's address since 1707.  Who wouldn't want to go inside and shop after viewing their beautiful window displays?   I've never had Afternoon Tea at their Fourth Floor St. Jame's Restaurant, but I would like to if I ever go back again.   I brought back some of their fudge for my dad on my first visit. I was the recipient of a Fortnum & Mason Buckingham Christmas Hamper in 2010.   What a wonderful gift that was! 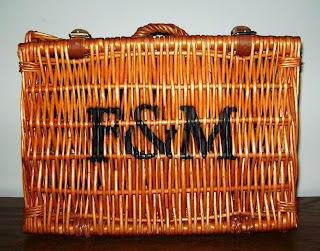 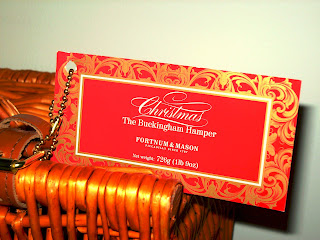 Tea was Fortnum's first specialty and a mainstay of their business.  They are one of Britain's foremost tea merchants.  The "Royal Blend" was first blended in 1902 for King Edward VII, and has been popular ever since.  It is a sturdy blend of Ceylon & Assam teas, perfect for breakfast with a splash of milk.  When you have time, have a look at their web site.  It's very interesting and will keep you occupied for a while.   Fortnum & Mason teas can be purchased at Williams-Sonoma stores here in the States.

Prime Minister Earl Grey gave his name to this popular tea in 1830 and it is thought of as a classic English afternoon tea.  It is a simple black tea flavored with oil of bergamot.  Fortnum & Mason's blend is very pleasant and not overpowering as some Earl Greys can be. Today I made a honey, sultana, and pecan tea bread from the Tea at Fortnum & Mason cookbook. 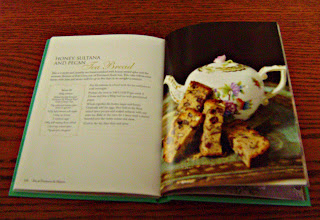 I used my new Salter food scale for weighing grams, which really simplified the recipe - it eliminated metric conversions.  In the photo below the golden raisins [sultanas] are all measured out and ready to soak in Earl Grey tea. 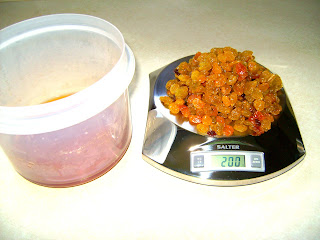 The finished loaf of tea bread.  The recipe is a winner! 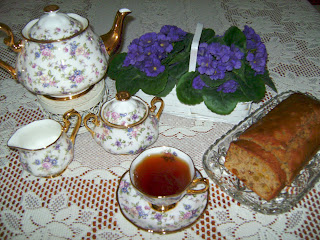