My last tea at Cristy's was the April 2018 Downton Abbey tea.  Last Saturday, my girlfriend, Lori, and I returned to East Lansing, for 'Monet's Garden' theme tea. This made our 26th tea from April 2011 until now.

Claude Monet's famous gardens in Giverny, France [approx. 26 miles west of Paris], is one of France's biggest attractions.  Two ladies at Saturday's tea had actually been to his gardens.

Monet aspired to document the French countryside on canvas, and in so doing became the founder of French impressionist painting.  He is quoted as saying, "I perhaps owe having become a painter to flowers" and, "My garden is my most beautiful masterpiece."

Cristy is also a gardener so we arrived a few minutes early to admire her gardens before the tea began. 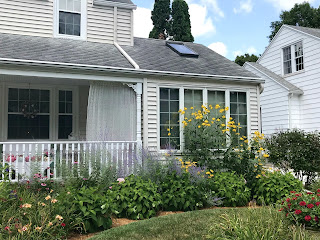 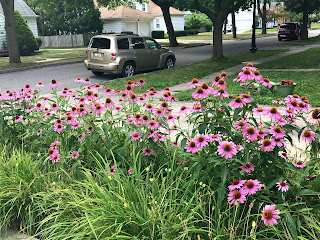 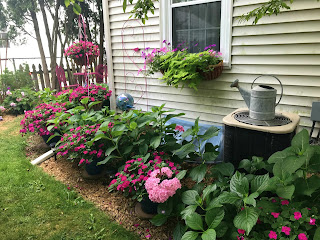 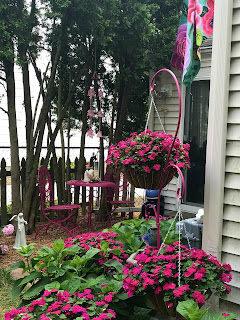 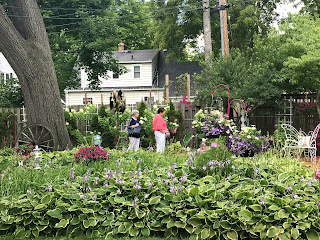 In addition to her gardens, her front porch also beautifully welcomed us to Monet's tea. 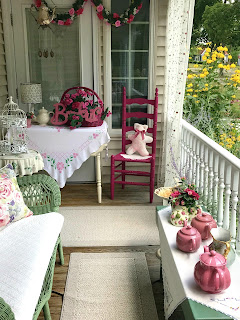 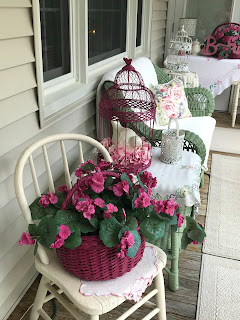 Cristy said she had never been to Monet's Garden, but she knew they would be colorful, so bursts of color inspired her decorating. 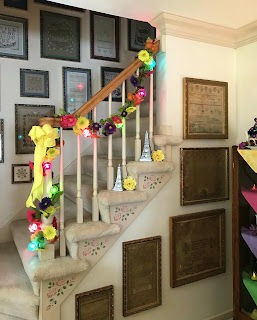 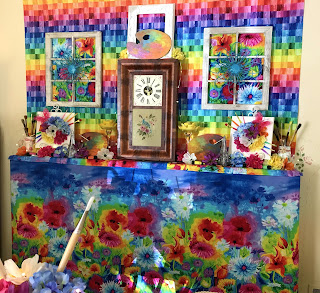 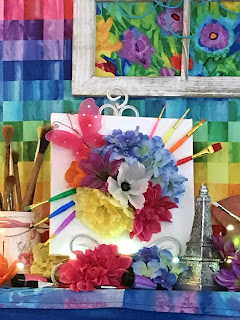 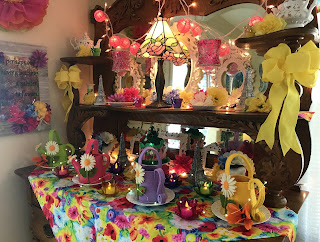 We sat at the main table in the living room, but her dining room table was set for four guests too. 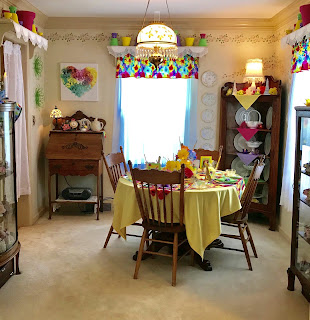 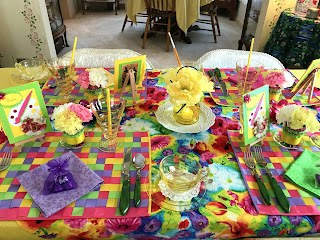 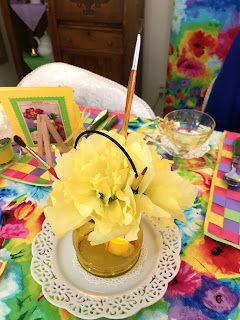 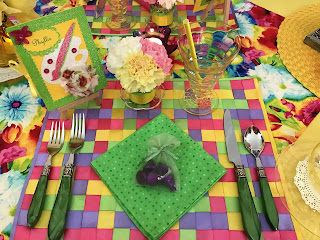 The beautiful personalized menu card, vase of flowers, and bag of candy were ours to take home. 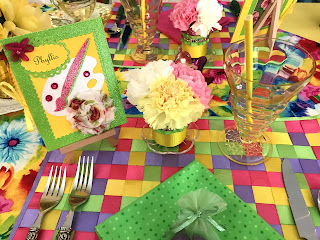 The tea began with a toast of chilled sparkling French Berry Lemonade. 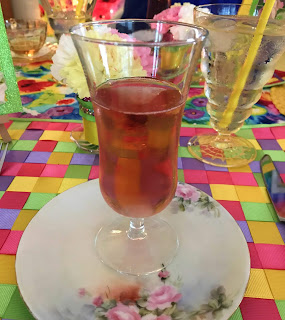 Our tea was Cherry Berry Green Tea from Tealightful Teas. 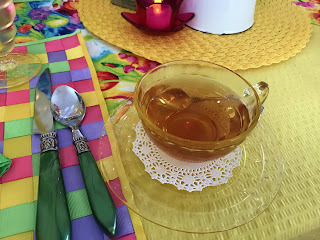 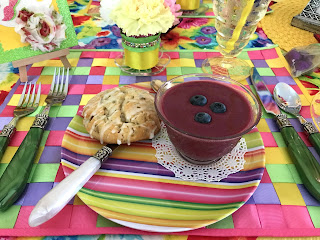 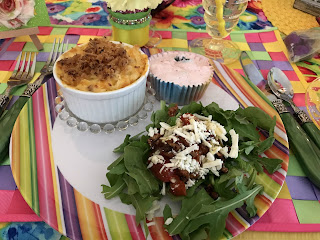 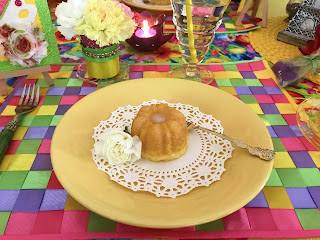 Everything was delicious, and it was a lovely afternoon.  I wore a  floral dress in keeping with Monet's Garden, and Lori beautifully complimented the teal colors in the palette behind us. 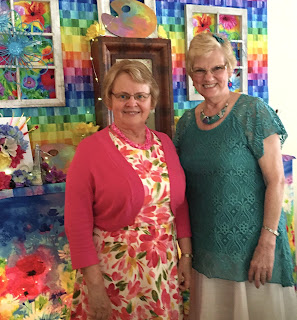 Our next tea will be Celtic Christmas in December.  Cristy said she needs a rest since she's been doing these teas since 2010, so the teas in December will be her last.  They truly have been a labor of love.  Thank you, Cristy!

Posted by relevanttealeaf at 3:09 PM