Granddaughter, Isabella [Izzy] goes back home tomorrow, so today was filled with fun activities before her departure.

I saw a commercial on T.V. awhile back about Doc Sweets' Candy Company in Clawson, MI so that was our first stop today.  It's advertised as Michigan's largest retail candy store, and their slogan is "Like being a kid again only sweeter!" 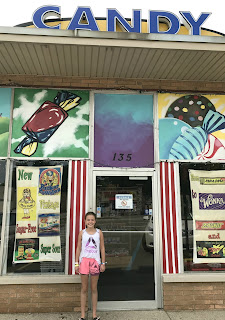 The store was not a disappointment.  Izzy strolled each aisle trying to decide which candies she wanted the most [about a half hour process].  There's so much candy it's almost overwhelming.  She was so happy with her choices that she made a youtube video about them when we got home.  ;-) 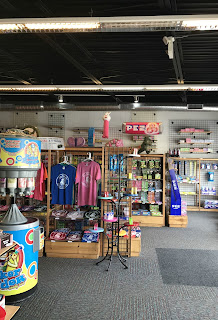 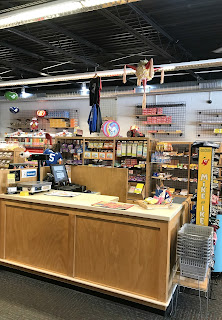 I couldn't resist taking a picture of the cute pink teapot pinata.  It would be perfect for a little girl's tea party. 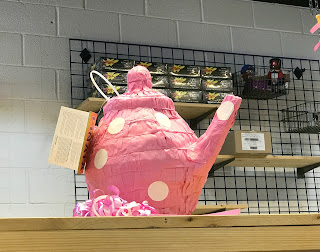 Since we were in Clawson we went to two other stores in the city that I had heard were fun visits - Leon and Lulu [in Clawson's former roller rink] and right next door "The Show" -  a cafe and Michigan products [in Clawson's former movie theater].  Both stores have the same owner, and are extensions of each other. 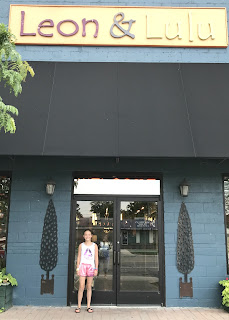 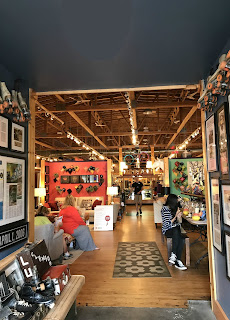 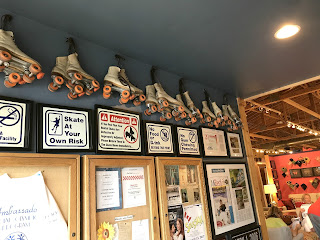 Leon and Lulu's is a variety store that sells clothing, soaps, lotions, home goods, books, and novelty items.  It was a lot of fun to browse.   There were some selections for Jane Austen fans - an 'action figure' Jane Austen... really?  ;-) 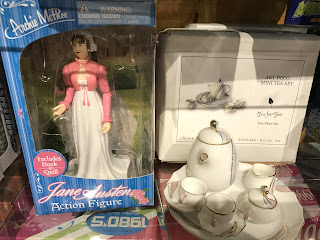 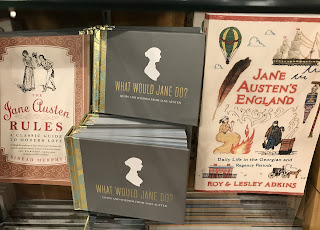 A Jane Austen Air Freshener [which I bought on clearance for $1].  It appropriately smells like lavender. 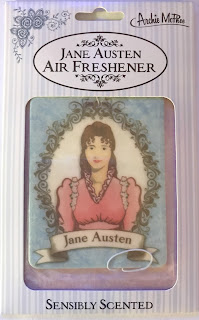 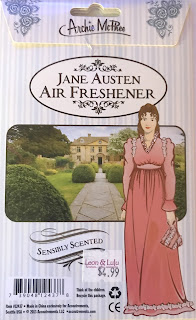 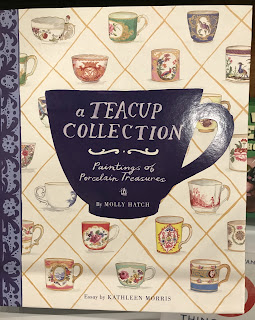 Then it was next door to "The Show." 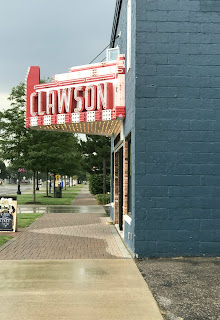 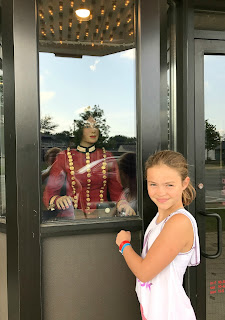 The cafe closed at 3:00 p.m., but Izzy and I were each able to get a cookie.  Her choice was chocolate chip, and mine was white chocolate lemon.  It was SO good! 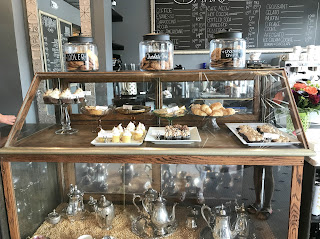 Once inside you could tell it was a former movie theater. 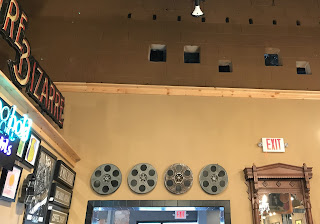 There were many nostalgic items inside such as a Michigan Bell phone booth with a real dial tone.  I explained to Izzy that when her papa and I dated there was no such things as cell phones and we often talked to each other on pay phones - a foreign concept to her! ;-) Jerry thought the truck Izzy stood by was either a 1949 or 1950 Chevrolet. 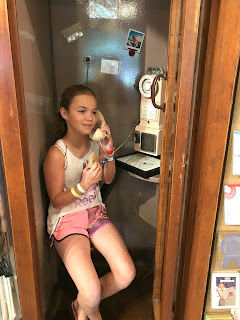 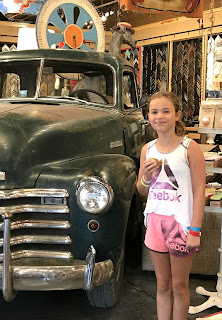 There were two J.L. Hudson department store pictures for sale.  [I resisted!] 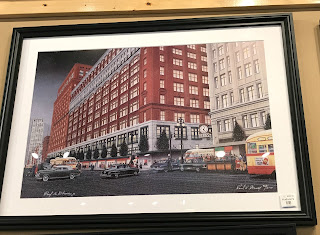 Hudson's first location was in the Detroit Opera House. 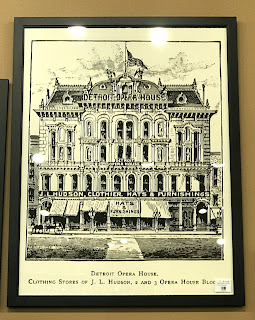 We concluded The Show and Leon & Lulu were both fun stores to browse, and worthy of a return visit.  I recommend them to local readers. 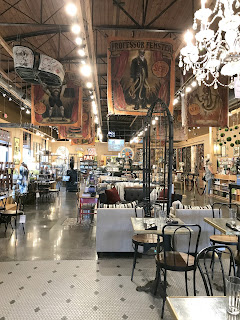 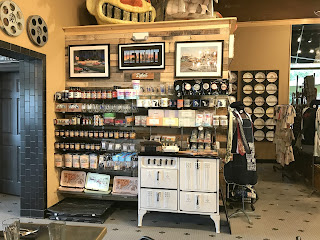 On our drive back home Izzy asked if we could have Chinese food for dinner, so we went to our favorite local restaurant - Ruby's - where Papa joined us. 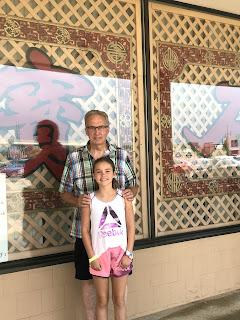 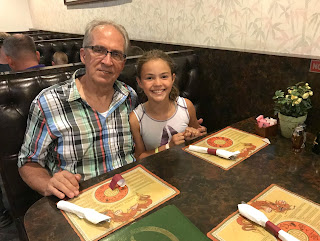 Tomorrow afternoon her brother, Landon, comes for a few days.  We've enjoyed her visit very much!

Posted by relevanttealeaf at 10:15 PM