All in a Day

Izzy slept in today.  With a younger brother and sister, things are always hoppin' at her house, so she took advantage of the peacefulness at my house.  After breakfast we went to Pershing High School in Detroit where my hubby is working this summer with the G.M. Student Corps.

Every year General Motors Corp. selects 15 high schools in the Detroit Metropolitan area, and 10 high scholastic students from each school to be mentored by G.M. retirees in life skills. This was the first year Pershing High School was a part of the program.  The students [who receive compensation from G.M.] select a summer project to improve their high school.  Pershing needed its grounds cleaned up - weeds pulled, shrubs and trees trimmed, exterior doors painted, etc. and the students have done a fantastic job.  Look how well groomed the grounds look behind Jerry and Izzy. It sure didn't look like that in June when the project began.  The building was built in 1929 in Art Deco design, and is named after WWI General, John J. Pershing. 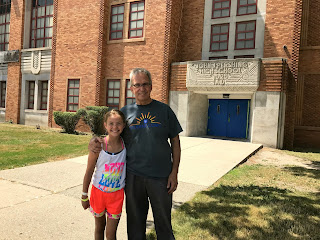 We didn't intend to go to lunch with the team, but because it was lunch time when we arrived, they asked us to join them at the 'original' Buddy's Pizzeria, which was voted Michigan's #1 pizza. 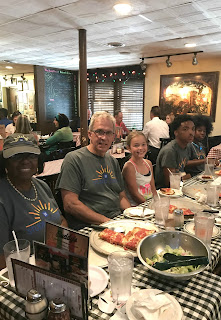 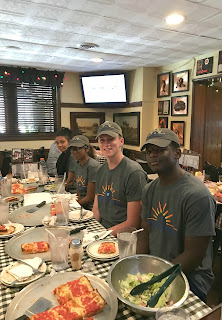 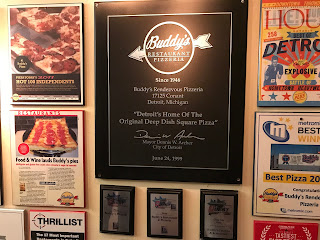 After lunch I took Izzy to the Warren community pool where she likes to swim when she comes to visit.  She had just slid down the big water slide in the photo below. 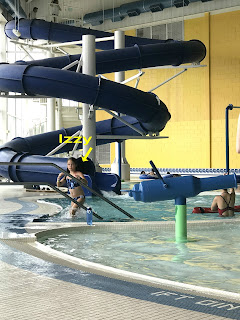 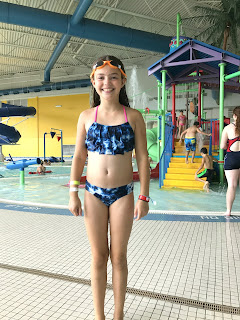 When we got home, my girlfriend, Lori, had left a box of books on my front porch from an estate sale she went to last week.  20 hard cover books for $25.  What a bargain!  They're all about British Royalty.  The stack below is all about Queen Elizabeth II.  While glancing through one of the books, I saw a couple of tea pictures.  No surprise there!  Tea is very much a part of her lifestyle. 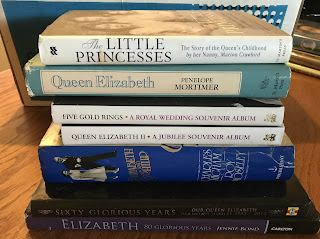 ~ Two are about Queen Victoria ~ 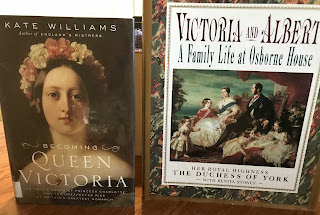 ~ The Queen Mum and Windsor Women ~ 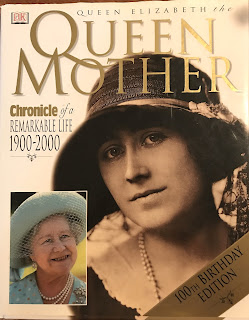 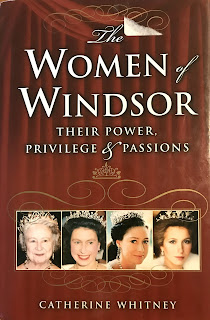 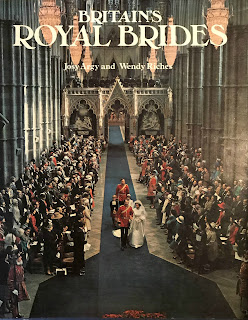 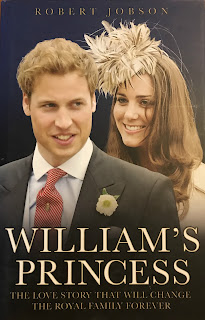 It's hard to believe later this month [August 31st] will mark the 20th Anniversary of Diana's tragic death. 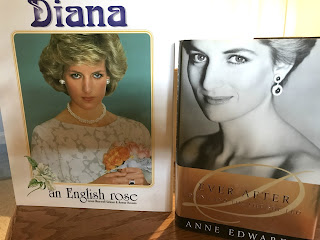 I think I'm going to be reading about British Royalty for a very long time!  Thanks, Lori!

Posted by relevanttealeaf at 9:55 PM