Grandson Landon came to stay with us Friday afternoon for a few days.  He's having fun [loves not having to compete for attention with his sisters] and has kept busy.

Saturday mornings always find Jerry and me at the local Country Oven restaurant for breakfast, so Landon joined us last Saturday. 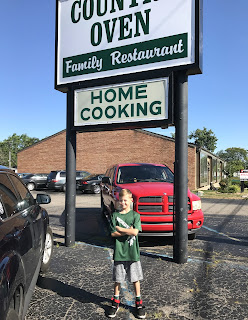 Pancakes, hash browns and chocolate milk was his order. 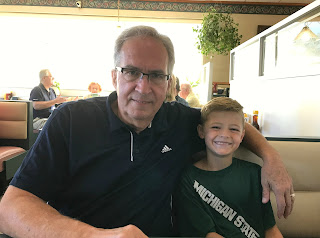 Jerry had to build a ramp for Pershing High School [his summer G.M. retirees mentoring job], so Landon got to paint with Papa.  He enjoyed his hands-on learning activity. 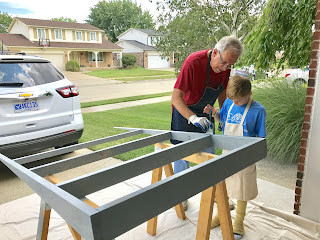 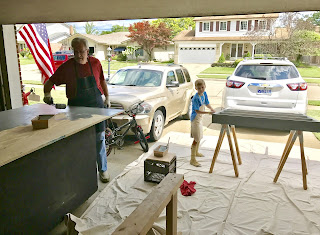 He brought his bike which kept him occupied later in the afternoon. 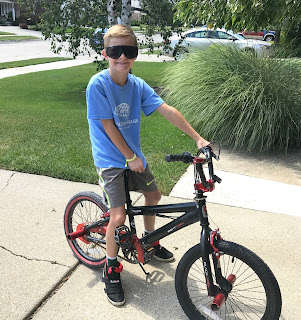 Yesterday was the first session of Vacation Bible School at church, and Landon won a prize. He had so much fun he wants to go back again tonight.  Granddaughter, Brooke is standing next to him in the photo below.  She was his age group's teacher. 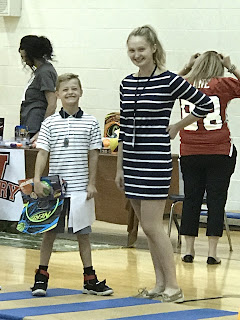 After dinner Papa took him to see the new movie, Emoji, that just came out on July 28th. Landon gave it a good rating if you know any 8 year olds. 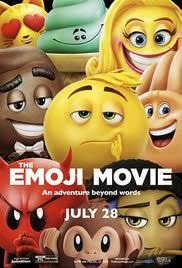 Today, swimming at the Warren Pool is first thing on the agenda... whenever he wakes up! ;-)

Posted by relevanttealeaf at 9:58 AM