Last Friday morning, four friends and I left on a 'girls' outing to Lakeside Chautauqua on Lake Erie. This was my third consecutive year to go.  Thanks  for inviting me again, Linda! The main attraction is the annual indoor/outdoor antique show [#57 this year] with more than 85 dealers, but it's also a tranquil respite.

Lakeside is a private community, formed in 1873 by members of the Methodist Church and remains a church-affiliated vacation resort.  If I never make it to Martha's Vineyard, this quaint resort will suffice. It is one of only a few continuously operating independent Chautauquas in the 21st century, and is listed on the National Register of Historic Places. 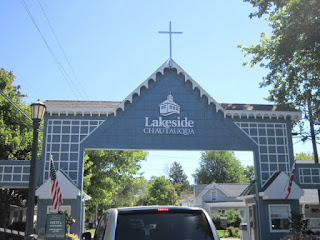 We had Afternoon Tea reservations for 1:00 o'clock, so we dropped our things off at the cottage where we were staying, and then made our way to the tearoom. 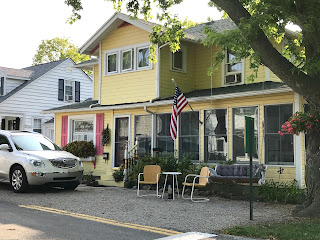 ~ Residents and guests travel around the resort on golf carts. ~ 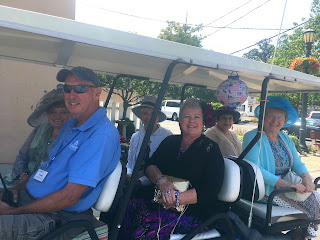 Below is Tea by the Sea tearoom.  Though the house has had additions over the years, it was originally built in 1876 and is one of the original houses on the campgrounds.  The first owner was a minister.  Now it's owned by Ruth Ann and her husband. 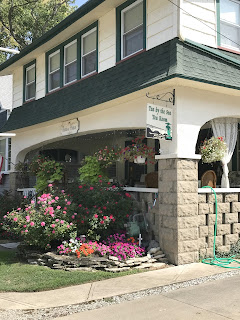 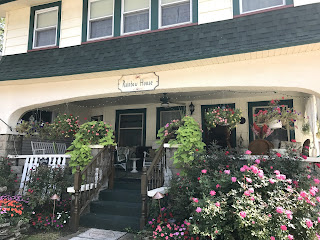 We posed for a photo before we went inside for tea.  Ruth Ann [tearoom proprietor] is in the second row wearing a black top and white skirt. Suzanne is next to her.  In the front row is Linda and me, and in back is Barb and Louise. 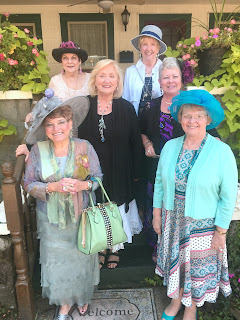 The table was ready and waiting. 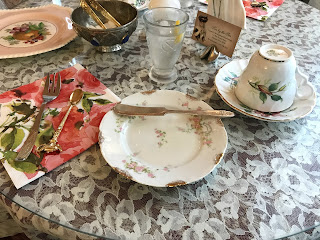 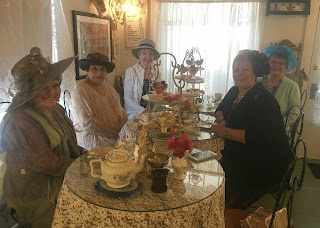 My first cup of tea was Paris Blend by Harney & Son.  Later I switched to Coconut Pouchong by Golden Moon. 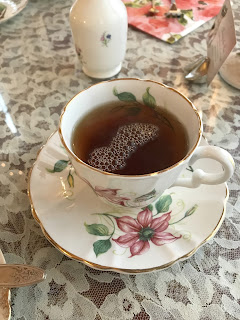 Ruth Ann started us off with her signature Swedish pan-fried Scones. 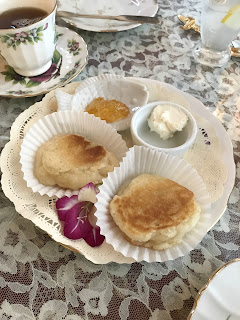 ~ Then came the three-tiered server.  ~ 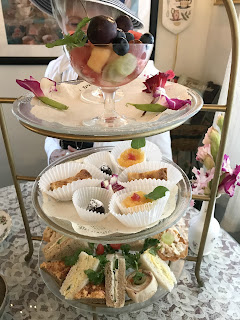 The sandwiches were Cucumber and Cream Cheese on Wheat, Egg Salad on White, Pimento Cheese with Bacon Bits on Pumpernickel, Chicken Salad in a Phyllo Cup, and a Ham and Cheese Pinwheel garnished with a Green Olive. 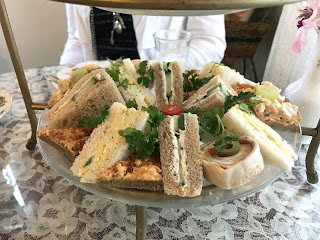 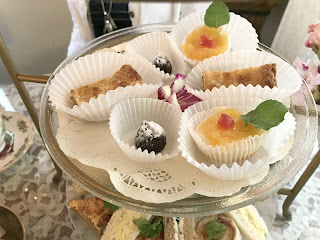 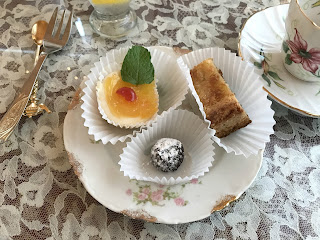 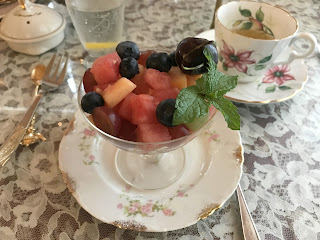 We finished with a scoop of Toft's Ice Cream 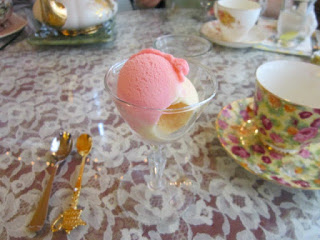 Afterwards we walked the business district on Second Street.  Below is Cindy, owner of Joseph Wise Fine Clocks and much more. 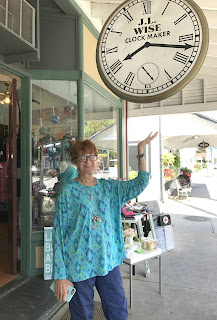 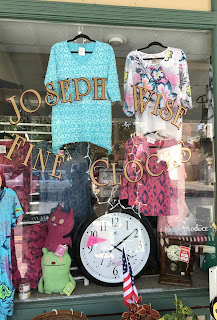 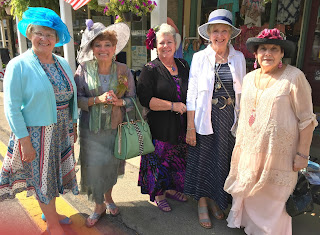