I've been anxiously waiting for Hoffman Media's newest book, Teatime Parties, to arrive in my mailbox, and it finally came.  I pre-ordered it weeks ago.  The subtitle is Afternoon Tea to Commemorate the Milestones of Life. 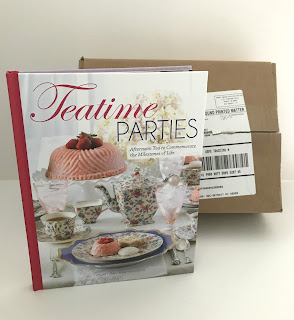 I also recently purchased the Special Collector's Issue of Teatime Celebrations.  It will be on display at stores until October 16th.  Its subtitle is Tea Parties for all Seasons. 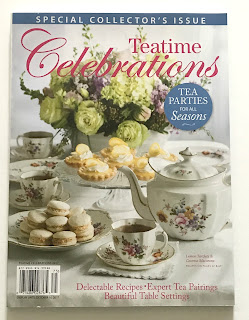 I'm not sure when I'll get to sit down and go through both of these publications.  It won't be until after my presentation is over at the assisted living facility this Sunday, but they're here whenever I'm ready. 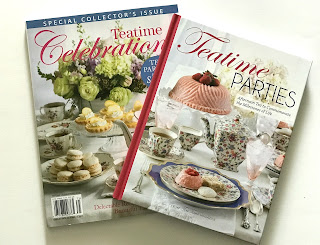 This morning I took Ellie over to the Warren pool to go swimming.  We were disappointed to learn she has to be six years old to go in the pool by herself.  Under six, an adult has to be in the water with her.  I don't own a bathing suit [and at my age and weight I'm not going to purchase one!], so I had to come up with plan B. Since it was raining, the park was out, so we ended up going to Burger King Playland [nicer than McDonald's].  Ellie had fun playing with two sets of twins [not related], a year younger than her. 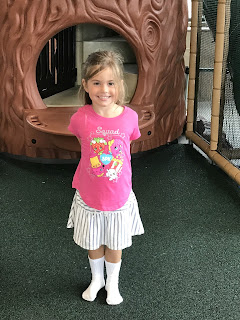 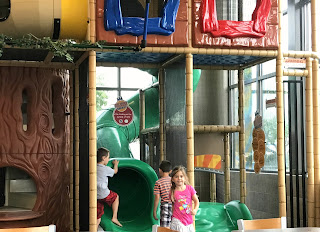 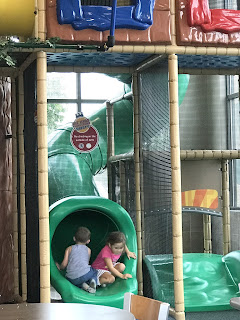 While she played for a couple of hours, I attempted working on my Eleanor Roosevelt presentation. Experience has taught me I need 10-pages of typed notes to fill a one-hour program, and I'm well beyond that amount, so a lot of eliminating is going to be necessary.

When we came home Ellie played in the bathtub in her bathing suit, surrounded by toys, as compensation for not being able to go swimming.  Improvising with a five-year-old is easy.  ;-)

Tomorrow will be another day.   I haven't decided yet what the agenda will be.

Posted by relevanttealeaf at 5:40 PM