Yesterday was the last Sunday of the month, and the designated time for the residents at Shore Pointe Village Assisted Living to attend Afternoon Tea and a program.

I knew these ladies could all relate to wearing hats during their lifetime, and it seemed like the perfect subject with the celebration of spring and Easter.

Residents and family visitors gathered around the table that was set up for tea.  I took photos of some attendees.  I love the three generation picture below. 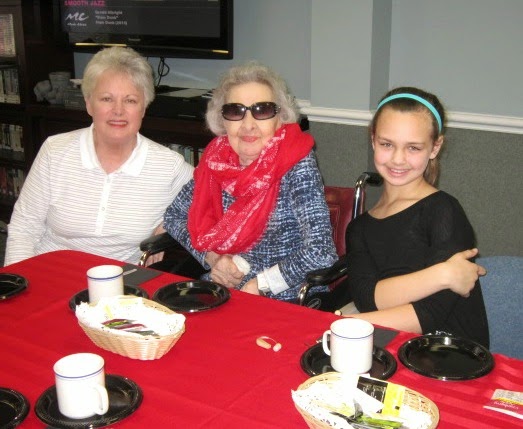 ~ Two of the residents wearing hats ~ 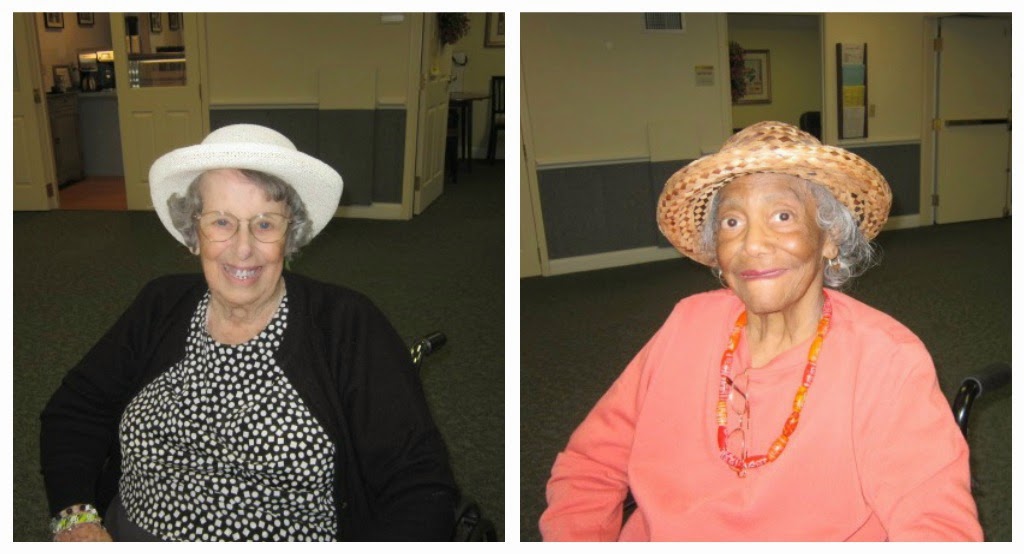 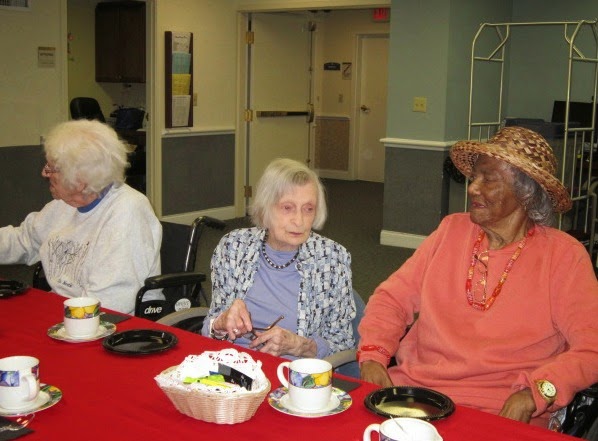 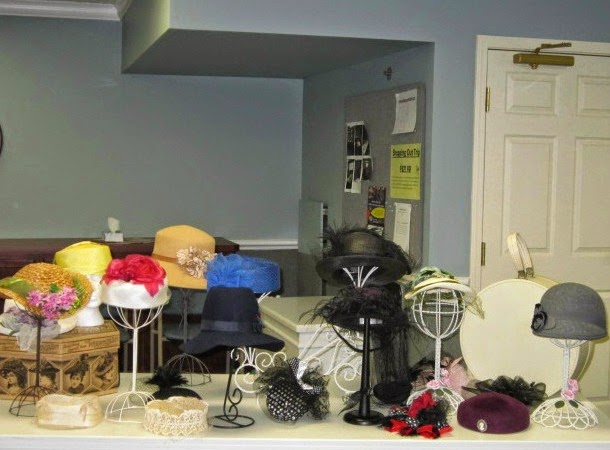 I shared how The Easter Parade began spontaneously in the 1870's after people attended Easter Sunday services at NYC's St. Patrick's Cathedral, and then promenaded Fifth Avenue in their outfits, and elaborate spring hats which became the official symbol of the parade, which still exists today.

Easter outfits began in America after the Civil War, on what was called "The Sunday of Joy,"  or the first Easter after the Civil War ended, April 9, 1865. The reunited country put aside painful war memories, and mothers, wives, and daughters exchanged somber mourning clothes and veils for pastel, happier colors, and decorated their hats and bonnets with ribbons and spring flowers. Easter outfits have been a custom ever since. 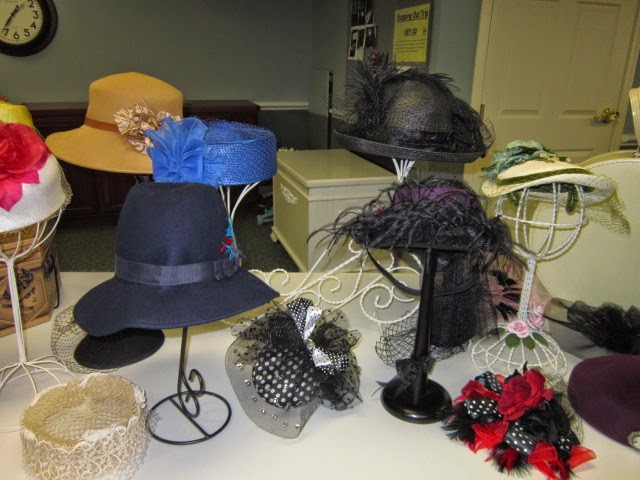 I also shared that the Kentucky Derby - coming up on May 2nd - is the largest hat fashion event in our country.  The tradition began with ladies' hats, but many men wear Derby or Fedora hats now too.  The Kentucky Derby is big business for milliners, with attendees willing to pay hundreds and even thousands of dollars for the perfect hat.

Hillary Rodham Clinton was the last First Lady to wear a hat at her husband's swearing in.

I read some fun hat quotes, and I'll share a few with you:

"A lady is not well dressed unless she wears a hat."

It's been said that for the first time since the 1950's American women are making the hat a must-have fashion accessory.  It's estimated 6.3 billion dollars will be spent on hats this year!  Will you be wearing a hat this Easter?

I have a lamp in my office with a beaded hat lampshade.  I couldn't resist it when I saw it in a boutique several years ago.  The lamp seemed like the perfect way to conclude this post. 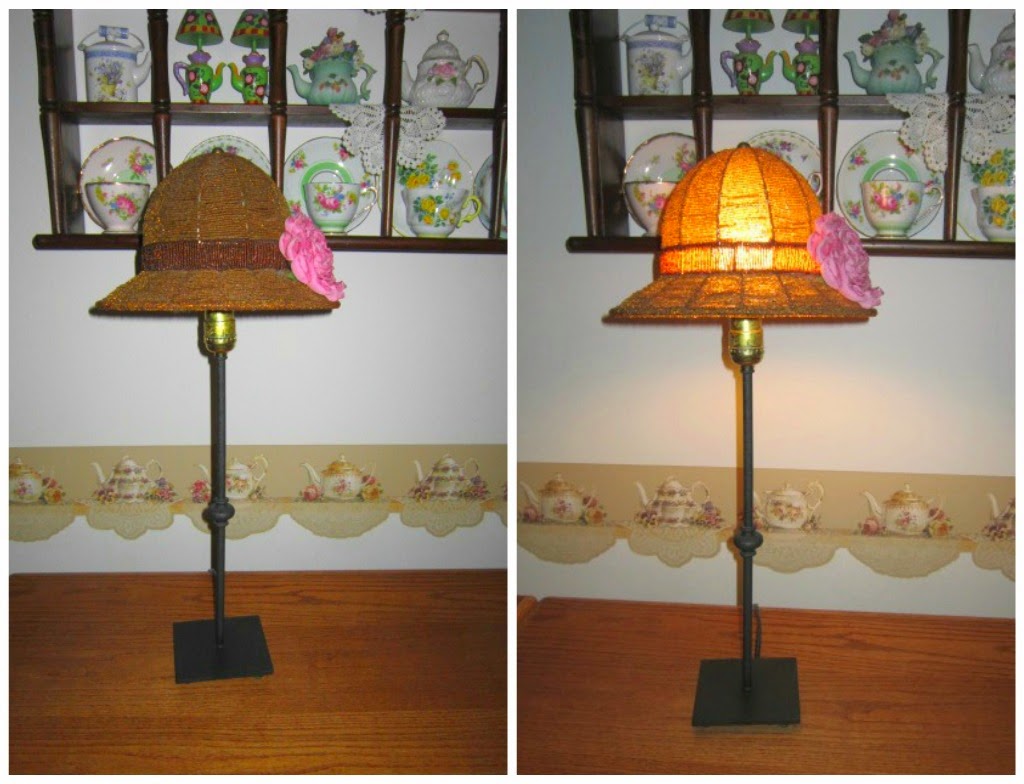 Posted by relevanttealeaf at 12:30 AM

Email ThisBlogThis!Share to TwitterShare to FacebookShare to Pinterest
Labels: Hats