Day 2 of our trip [Saturday] will include going to the Portobello Antique Market in Notting Hill, then traveling to Greenwich in southeast London.  Two sites are on my check list in Greenwich - the Cutty Sark tea clipper, and the Fan Museum.

The Cutty Sark was one of the last tea clippers to be built, and one of the fastest. It spent only a few years on tea trade sailing during eight 'tea seasons' from London to China and back.  It is the last surviving tea clipper. 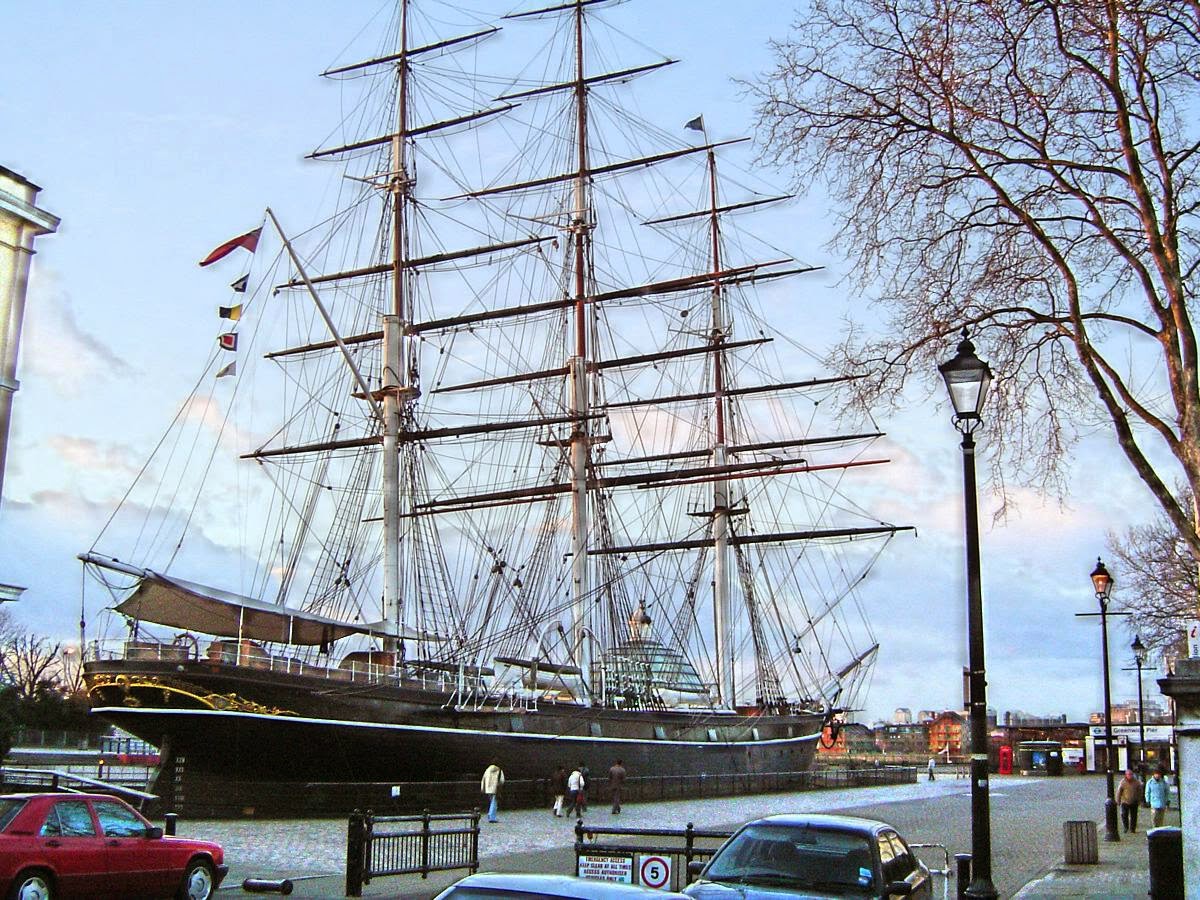 Jane Pettigrew, an international tea expert who lives in London, wrote a two page article about the Cutty Sark that appeared in September/October 2013 issue of Tea Time magazine. In the article she mentions visitors can have cake and tea at 'Even Keel', a restaurant just below the ship's rudder. I'll probably have to at least sip a cup of tea there!  ;-) 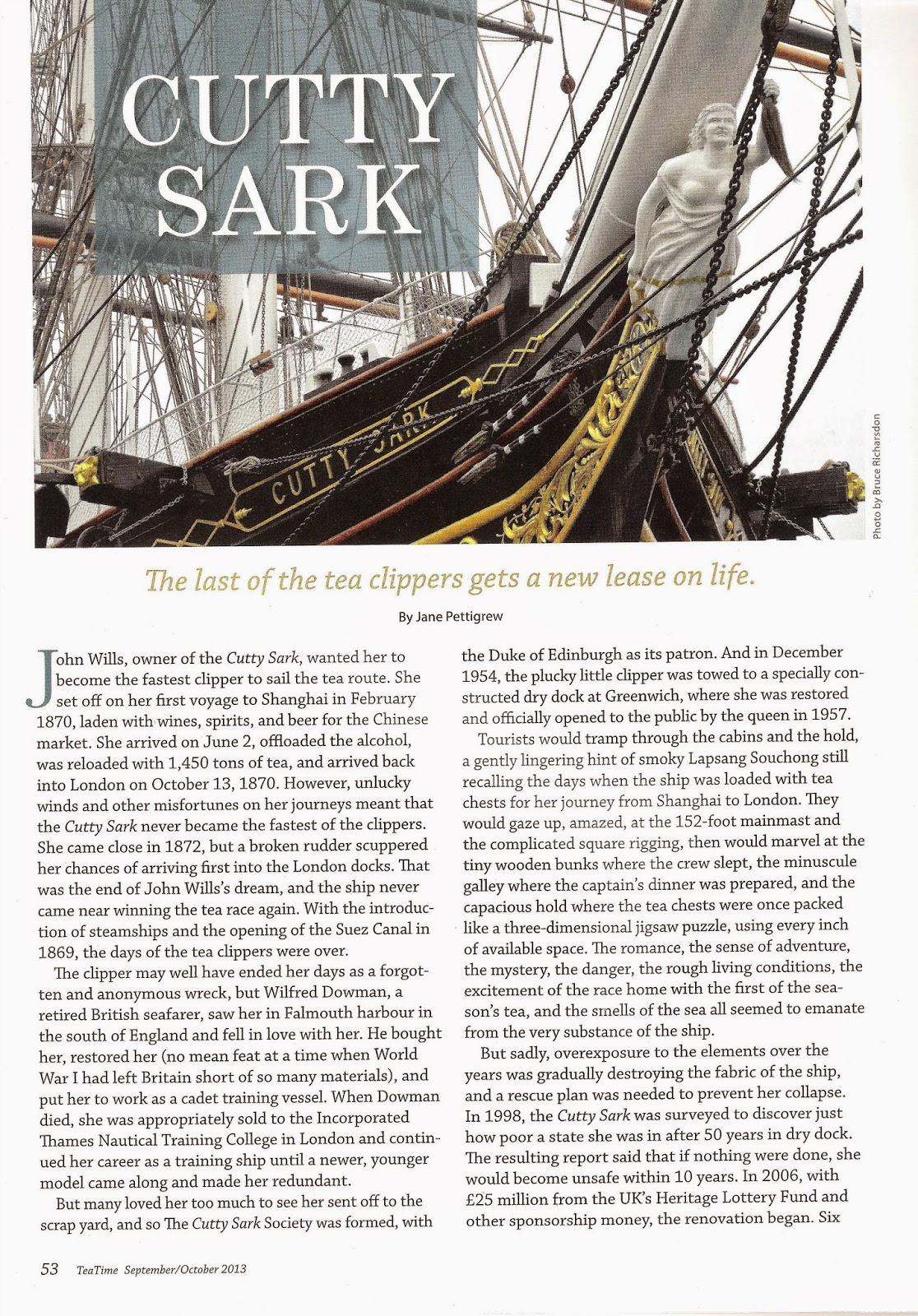 The Fan Museum is located in an 18th century house [1721], and has a collection of 4,000 fans.  We are going at the suggestion of a friend who enjoyed her visit there. 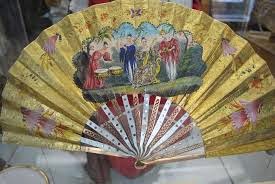 We'll have tea in the museum's orangery, pictured below. 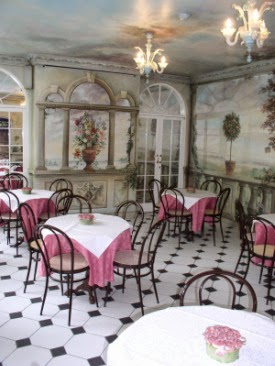 Email ThisBlogThis!Share to TwitterShare to FacebookShare to Pinterest
Labels: Greenwich; Cutty Sark; The Fan Museum and tea in the Orangery