Downton Abbey is a program that appeals to royalty and commoners alike! Yesterday, Princess Kate visited Ealing Studio in West London where some of the Downton Abbey scenes are filmed. She is a huge fan of the show and Prince William watches it with her.  I love the way they relate to everyday people!

Below are a few Internet photos of Kate's tour of the studio.  The first picture is my absolute favorite!  Four year old Oliver Barker [one of the twins who plays Lady Mary's son, George], presents her with a train for her own son, Prince George. 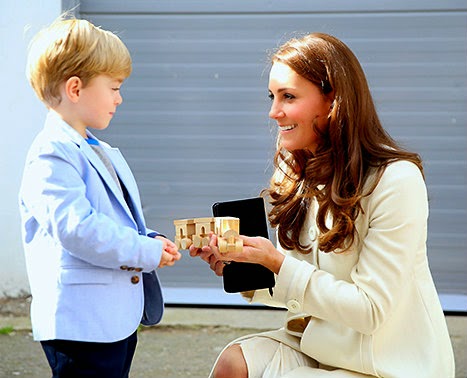 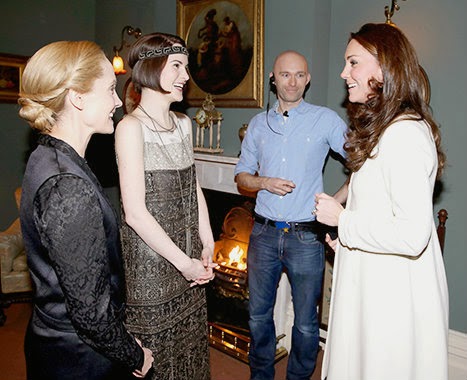 Scenes from Downton Abbey's downstairs kitchen are filmed at Ealing Studio not Highclere Castle. Here Princess Kate chats with Daisy and Mrs. Patmore.  According to Darren McGrady, who was the royal chef at Kensington Palace to Princess Diana, and William and Harry when they were young children, the room at Ealing Studio that Kate loved most was the kitchen - just like her mother-in-law at the royal palaces. 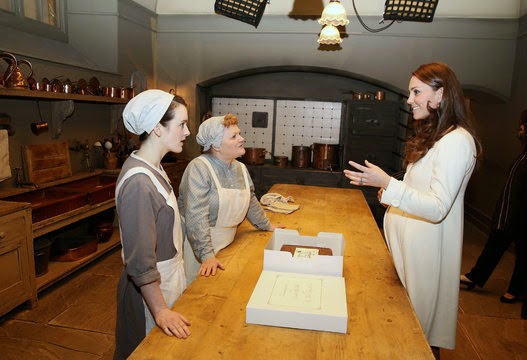 They had a delicious looking Downton Abbey chocolate cake baked for the Princess. Where's the tea to go with it?  ;-) 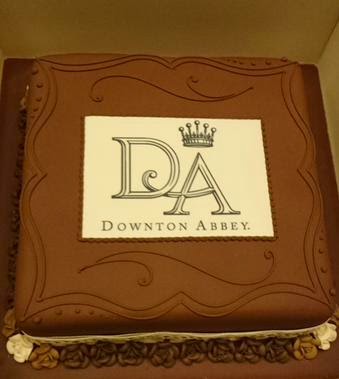 Tom Barrow actually looks like a nice person in this picture!  ;-) 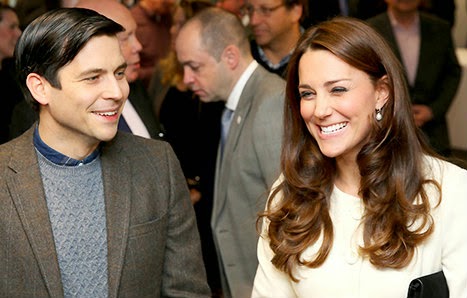 ~ What a fun perk for the cast to see the Princess ~ 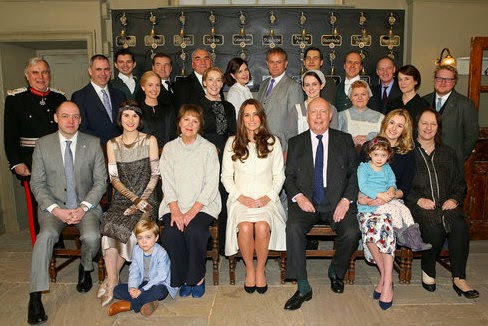 Now I'm wondering if Ealing Studio has tourist tours? I'll have to look into that for my upcoming trip.