Afternoon Tea at Selfridges in London

When PBS introduced the series 'Mr. Selfridge'  in March 2013, I was eager to watch it based on my passion for Detroit's iconic J.L. Hudson's Department Store.  Knowing the opening of the first tea room at Marshall Field's Department Store in Chicago was the brainchild of Harry Selfridge was a draw too.  With Selfridge's business savvy, opening a department store of his own was a natural progression, and how awesome that he chose London as the place to do it.

J.L. Hudson's opened for business in 1881, and Selfridges in 1909 - 28 years later.  I found it interesting that tea played a role [of sorts] in the opening of Selfridges, when Harry's original financial partner backed out, and a wealthy London tea broker stepped in to help finance his ambitious dream.

Selfridges is the only store to be named "Best Department Store in the World" three times [2010, 2012, 2014] in the Global Department Store Summits, and it's the second largest shop in the UK after Harrods.


~ The London landmark flagship store is located at 400 Oxford Street ~ 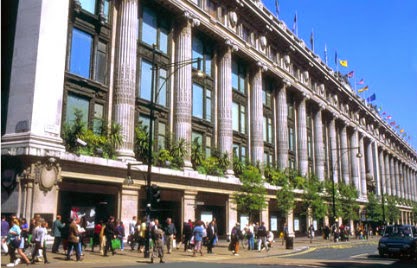 Harry Selfridge was the first to suggest lighted store display windows at night, and offer in-store restrooms for customer use. 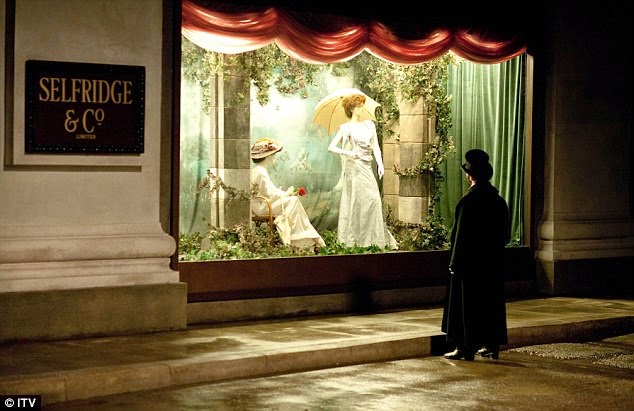 In the store's tea department Selfridge said, "Never be without fine teas at times like this."

Do you suppose Violet, Cora, Mary, or Edith Crawley would have popped in Selfridges during one of their trips to London? The Palm Court restaurant was considered the place for London ladies to have lunch.

I don't know about the Crawleys, but my daughter and I will be having Afternoon Tea at Dolly's Café in Selfridges on day #1 of our trip to London.  I received an e-mail from customer service saying reservations aren't required, but I could call ahead to avoid a possible wait. 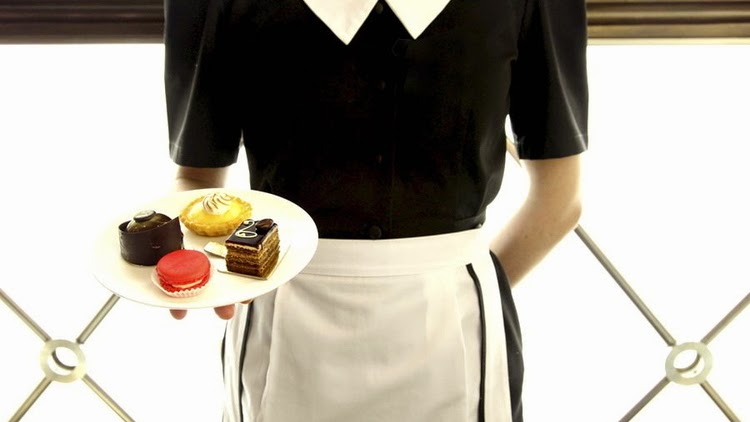 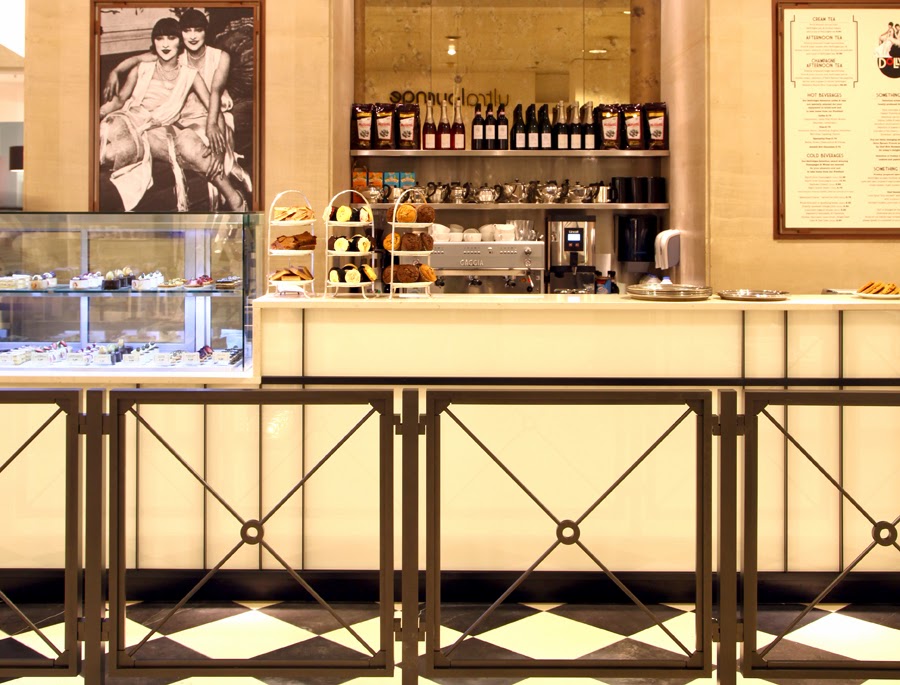 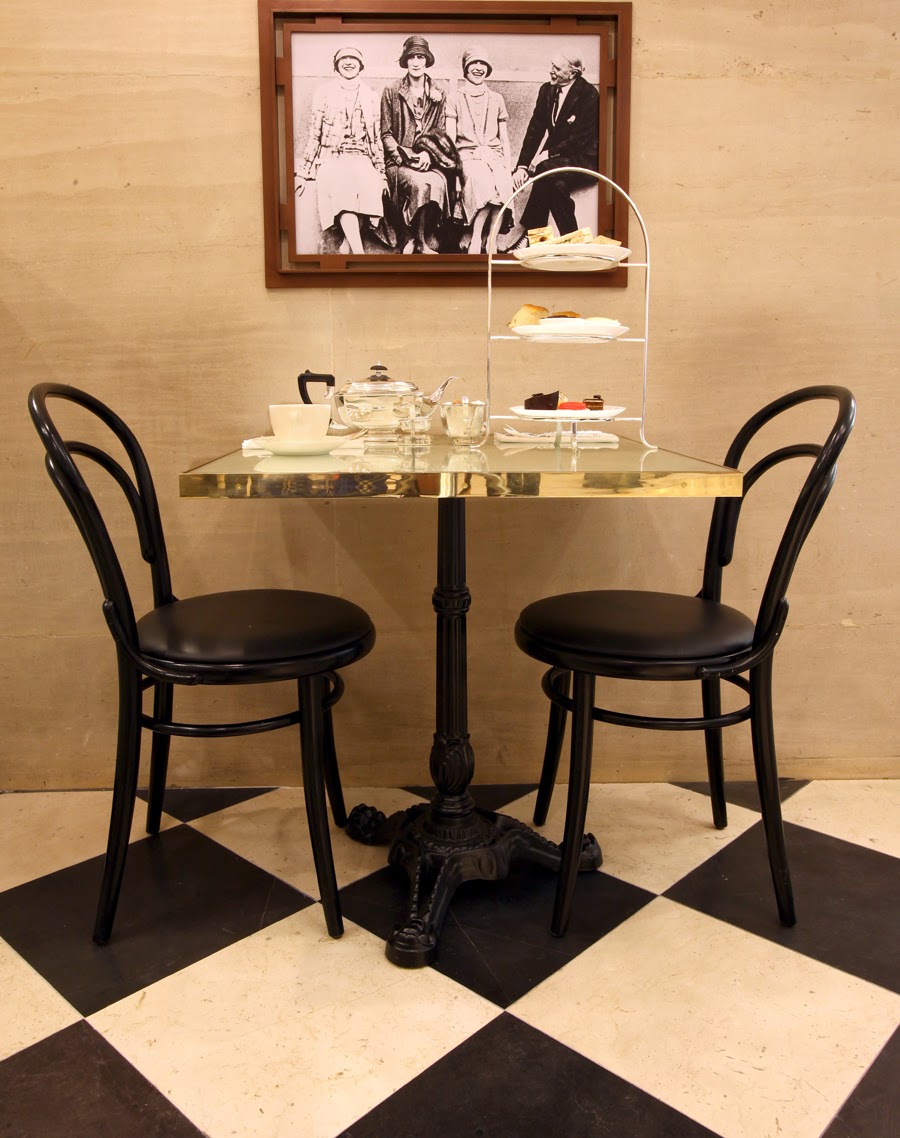 Opening a department store is the only similarity between J.L. Hudson and Harry Gordon Selfridge, however.  J.L. Hudson had a very high moral standard and impeccable character, while Mr. Selfridge, according to many, had an addiction to beautiful women [even though he was married and had a family], and gambling.

The history of how Dolly's Café came into existence is a sad one, and begins in 1921 when Selfridge watched a stage show in which beautiful Hungarian identical twins, Jenny and Rosie Dolly, Jazz Age icons, were performing.  That evening set the course of his life on a downward spiral!

The twins were dubbed the 'Dolly Sisters' because their almond-shaped eyes and beautiful features made them 'as cute as dolls'.  Harry became totally captivated by them, Jenny in particular. He was old enough to know better since he was 69 and they were 33, but he willingly indulged their every whim, and lavished his fortune on them.  Yet Jenny refused to marry him.  One morning in 1933, a car in which she was riding [with another suitor] hit a tree, overturned and threw her 30 feet into the air.  She suffered devastating internal and external injuries, including a mutilated face. Her career was over.  She came to the United States, but in 1941, lonely and depressed she hung herself.

As for the self-made millionaire, Harry Selfridge... with his fortune squandered, and deep indebtedness the board at Selfridges had to oust him. He ended up in a rented flat in Putney, often riding a bus to Oxford Street to look at his former store.  He was arrested as a vagrant on one of his visits because his clothes were so shabby.  He died six years after Jenny in 1947.