Continuing on with the series of tea collections, I'm sharing my tea angels today. This collection  is considerably smaller than my aprons, tea towels/linens, and jewelry. It consists of just seven angel figurines, but with E-bay it has the potential of increasing.


~ Below is the shelf where they all reside ~ 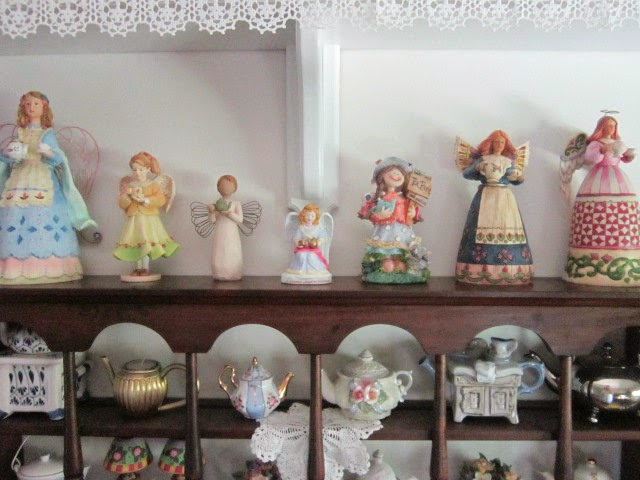 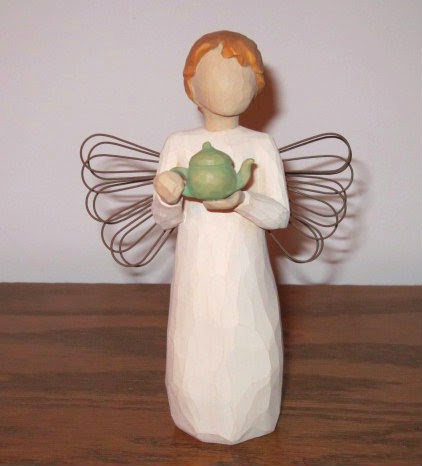 ~ The second tea angel is Jim Shore's 'Angel of Hospitality' ~ 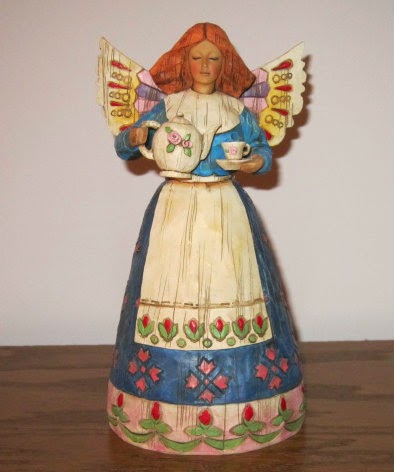 ~ The third tea angel is 'Time for Tea' by Betty Singer ~ 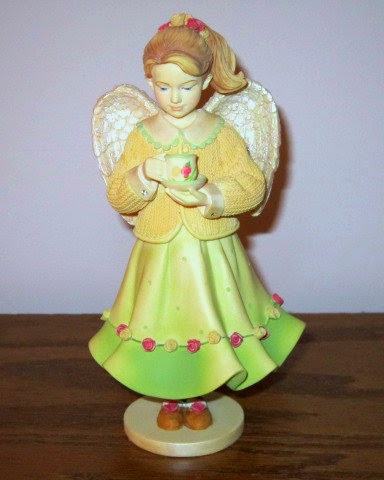 ~ The fourth tea angel is from the Heavenly Guardians Series ~ 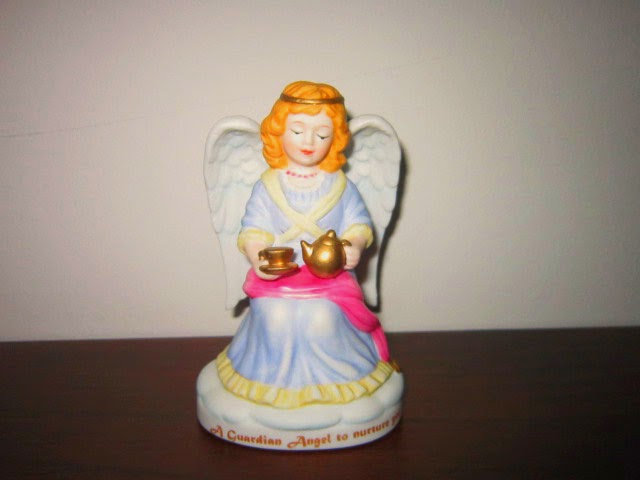 ~ The fifth tea angel has no markings ~ 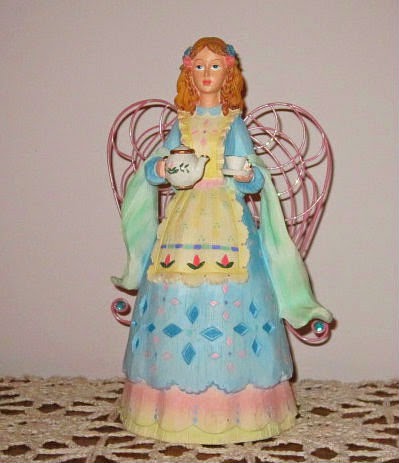 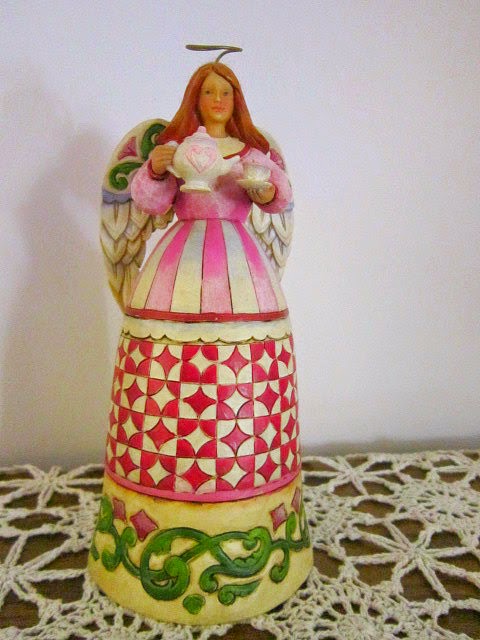 The seventh tea angel has no markings.  She has wings even though they're not clearly visible in the photograph. 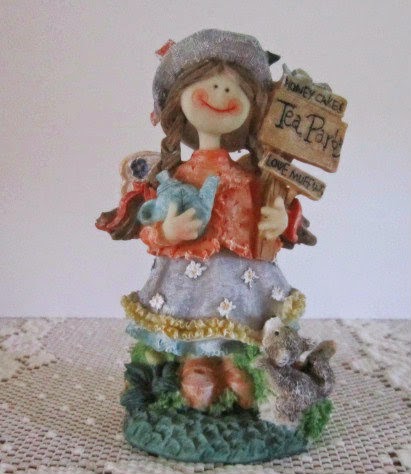 Do you have any tea angels?