I have a friend who sends me an e-mail almost everyday to put a smile on my face.  I call it my "merry heart medicine," based on what King Solomon said in Proverbs 17:22 "A merry heart doeth good like a medicine."  Yesterday my friend sent this joke that was too cute not to share. I'm sure she thought I'd like it because of the teacup reference. 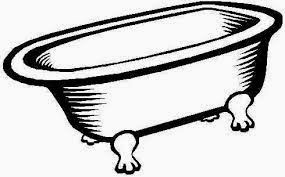 During a visit to a mental asylum, a visitor asked the doctor what the criterion was to define whether or not a patient should be institutionalized.

"Well," said the doctor, "We fill up a bathtub.  We then offer a teaspoon, a teacup, and a bucket to the patient and ask him/her to empty the bathtub."

"Oh, I understand," said the visitor.  "A normal person would use the bucket because it's bigger than the teaspoon or the teacup."

"No," the doctor replied. "A normal person would pull the plug.  Do you want a bed near the window?"

It's corny, but it made me smile!  Now on to a more serious subject...

When I spoke to the seniors on Sunday, I also told them about the 22nd and 24th President of the United States - Grover Cleveland and his wife, Frances Folsom Cleveland. 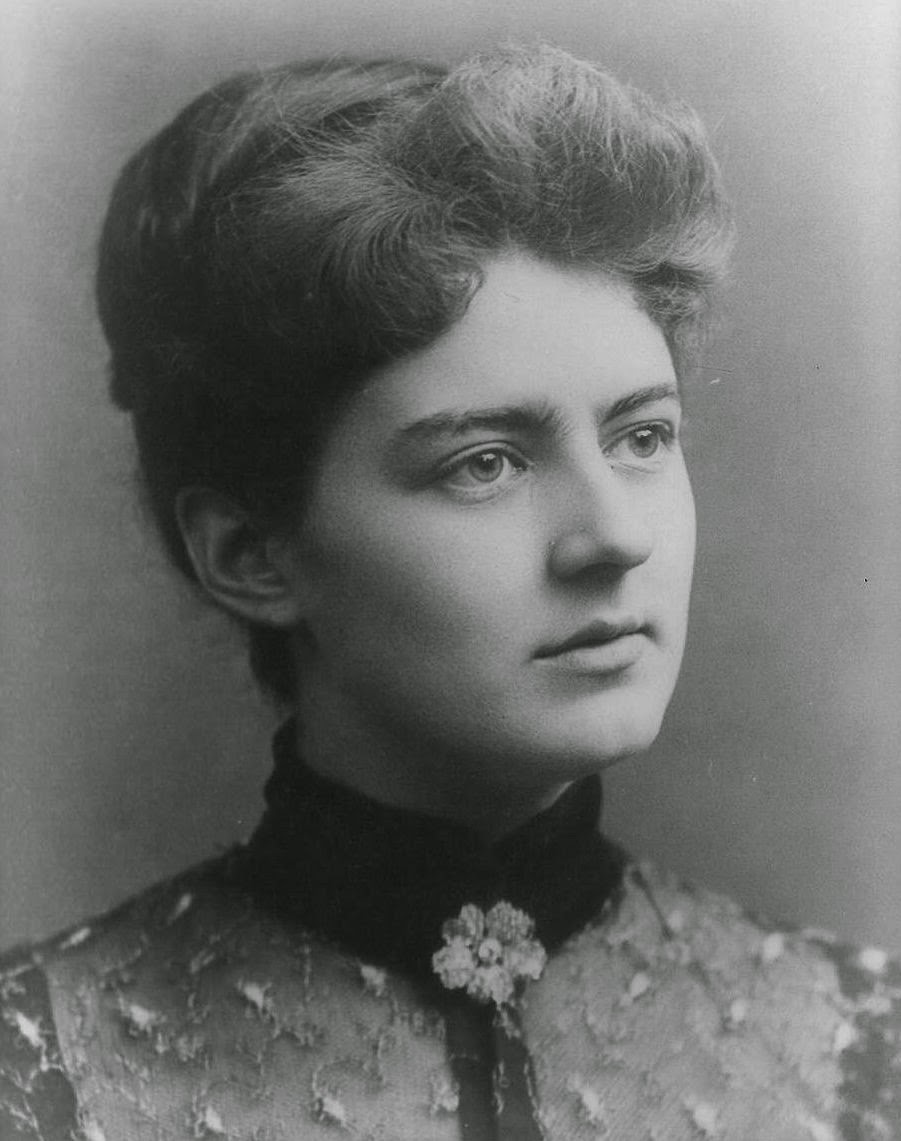 Frances was the daughter of Grover Cleveland's longtime friend and law partner, Oscar Folsom.  Mr. Cleveland knew her from birth, and gave her a baby carriage when she was born. Frances was 11 years old when her father was killed in a carriage accident, and Cleveland became her unofficial legal guardian.  She called him "Uncle Cleve" and he called her "Frank."

They didn't become romantically involved until Frances was in college, when Grover asked her mother's permission to write her.  They fell in love, but Mr. Cleveland waited until she graduated to propose.  They kept their engagement a secret for nearly a year and revealed it just five days before their wedding.  It was a small wedding with a few relatives, close friends, and Cabinet members and their wives attending.

When Cleveland was asked about his long bachelorhood and why he didn't marry, he'd reply, "I am waiting for my wife to grow up."  Their marriage turned out to be among the happiest in presidential history. 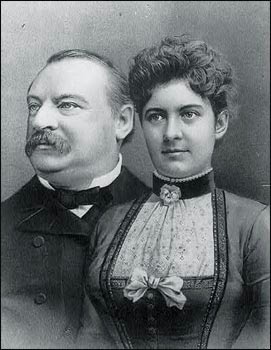 In one of his love letters to Frances he states:  "I have been thinking a good deal lately how nice it would be to have a little house a few miles away and live there - coming to the White House at regular times and having all the official dinners here, but have a place where it should not enter, and where the President and his family could live like other people..."  And Cleveland did exactly that when he purchased a 27 acre working farm in the Georgetown Heights section of Washington later called Cleveland Park.  They only lived at the White House during the active social season from November to December, and February to April.  Frances called their home, "Oak View."  They sold it when they left Washington in 1889.  When they returned to Washington in 1893 for another Presidential term they rented a home called Woodley.

Frances Cleveland was a social success and the press loved her.  She gave many teas in the Green Room at the White House, and purchased Haviland, Limoges china for that purpose.

The Clevelands had five children:  Ruth, Esther - the first President's child to be born in the White House, Marion, Richard, and Francis.

I discovered the Curtiss Candy Company named the Baby Ruth candy bar after President and Mrs. Cleveland's first daughter, Ruth - not Babe Ruth, the baseball player as I always thought.  So for fun, I gave each lady at Sunday's tea party a Baby Ruth candy bar.  They loved their unexpected treat!  ;-)

Nestle's is now the maker of Baby Ruth bars, and in 2006 it became the official candy bar of Major League Baseball.  History is so fascinating!

Email ThisBlogThis!Share to TwitterShare to FacebookShare to Pinterest
Labels: Grover and Frances Cleveland