This Sunday I've been invited back to Shore Pointe Village Assisted Living to present a program during their monthly Afternoon Tea at 2:00 p.m.

My subject this month will be Love Letters because I think it's something they can relate to and enjoy.  My mother was three months shy of her 93rd birthday when she passed away in August last year.  My dad's love letters written to her during WWII were so important that she saved them for 73 years, so it seemed only right to bury them with her - tied with the same stained blue satin ribbon that had held them together throughout all those years. 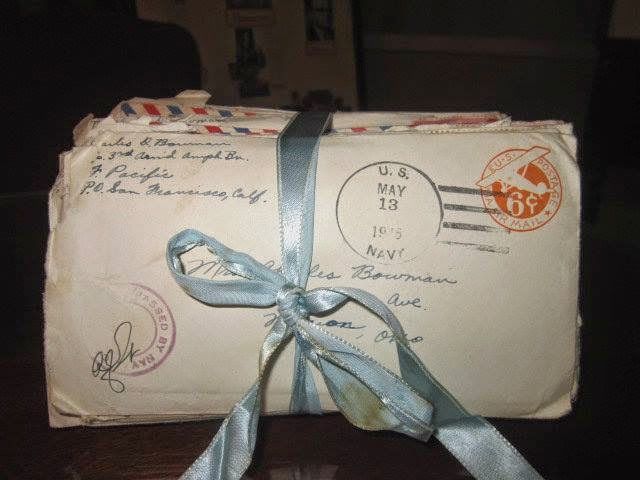 I was engaged when my fiancé went into the Air Force in 1966, and I've saved his letters too.

As I began preparing for Sunday's program I pulled some books from my bookshelf.  I love some of the quotes in these books, and have shared some below. 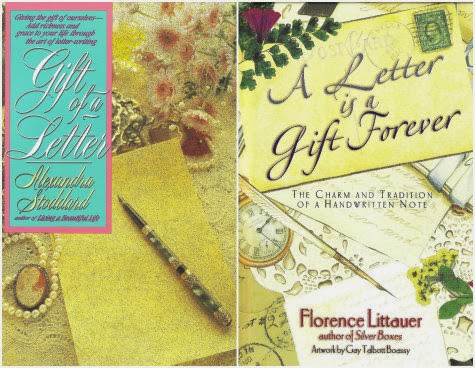 "Letters - Your mailbox is your only companion when distance comes between you and your true love."

"When I go to the mailbox each day and rifle through reams of ads and flyers, my heart always unconsciously seeks the handwritten return address of a friend."
~Alexandra Stoddard

"My pens are symbols of endless possibilities.  They are an extension of myself."
~ Alexandra Stoddard 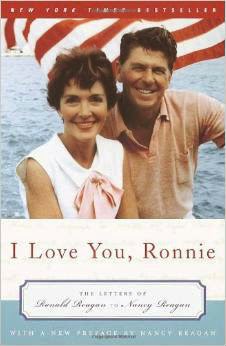 Here's one of the love notes the 40th President, Ronald Reagan, wrote to Nancy:  "I more than love you, I'm not whole without you.  You are life itself to me.  When you are gone I'm waiting for you to return so I can start living again."

I'm sure that meant far more to Nancy than any Hallmark card ever could!

I was impressed with President Woodrow Wilson's love letters to his wife too, as well as a connection to tea!

Wilson married Ellen Louise Axson in 1885, and they had three daughters, Margaret, Eleanor, and Jessie. He became the 28th President in 1913.  The family often enjoyed tea together.  The portrait below of Ellen Wilson and her daughters having tea, was painted in 1913. 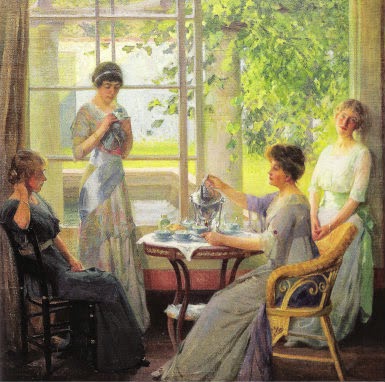 Ellen died at 54 years of age in August of 1914 with Bright's disease, just a year and a half into President Wilson's first term.  He was grief-stricken and told an aide he hoped he would be assassinated.

Then he met Edith Bolling Galt over a cup of tea!  In April 1915, Mrs Galt [a widow] was visiting President Wilson's cousin at the White House and was invited to stay for tea. By happenstance they met the President in the hall after he had finished a game of golf with a friend, and decided the four of them would have tea together.  A wonderful friendship began that eventually led to marriage in December of that year.  Edith was 15 years younger than President Wilson.  [Another story has it that while the President was riding about D.C. he caught sight of a beautiful woman - Edith Bolling Galt - and engineered a way to meet her. I'm not sure which story is factual, but I like the one about tea best!  ;-)]

Here's President Wilson's love letter to Edith:  "You are more wonderful and lovely in my eyes than you ever were before; and my pride and joy and gratitude that you should love me with such a perfect love are beyond all expression, except in some great poem which I cannot write."

Is there someone who would enjoy receiving a hand written letter or note from you instead of an electronic e-mail... maybe your significant other, a parent or another relative [sister or aunt], friend or shut-in?  Oh that we would keep the art of letter writing alive!

Posted by relevanttealeaf at 11:30 PM