I know you'll allow me to interrupt my tea accoutrement series to share a special tea I attended today.  My girlfriend and I had reservations for the 10:30 a.m. seating at Sweet Shalom Tea Room in Sylvania, Ohio [near Toledo], where the theme is what everyone is talking about these days - Downton Abbey!  It was  a near sell-out event. The tea room will be featuring this theme on Fridays and Sundays throughout the month of January, at two seatings - 10:30 a.m. and 2:00 p.m. 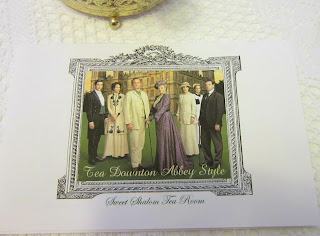 Our table was right next to the fireplace, where the mantel was decorated in beautiful winter white and sparkling silver. 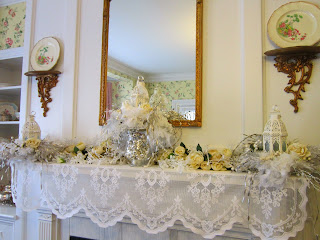 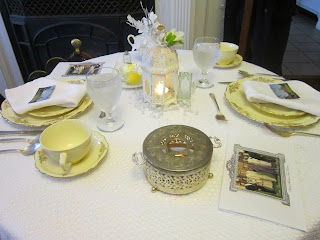 A name card indicated where each guest was to sit. 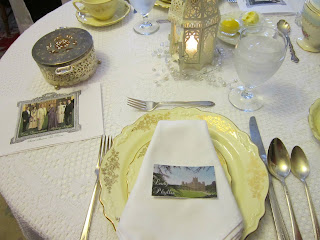 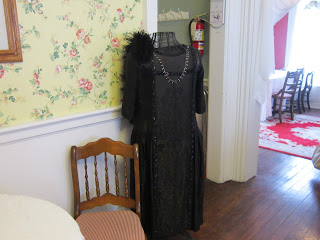 The servers were dressed in aprons [made specifically for this theme] under the direction of  a historic costume designer. 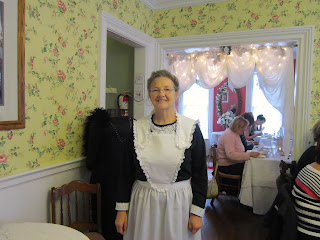 Our first pot of tea [which we got to choose] was a medium bodied black tea by Harney & Sons, called RMS Titanic [blended to represent the type of tea served on the Titanic 100 years ago].   The full bodied teas of Keemun, Assam, and Ceylon are lightened by Formosa Oolong.

The tea was accompanied by Kensington Palace Scones.  I have this recipe and make it frequently, but mine never come out this light and flaky.  They were absolutely delicious! 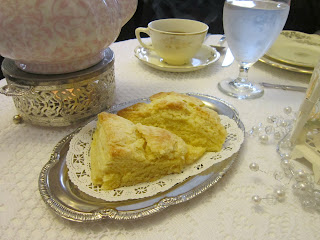 And, of course, Lemon Curd and Double Cream made them even better! 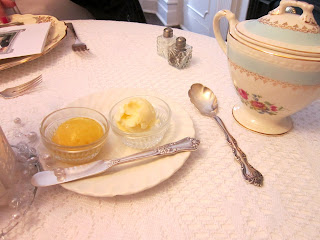 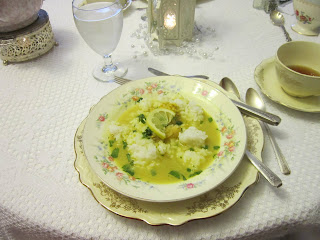 Then the tiered serving tray of savories and desserts. 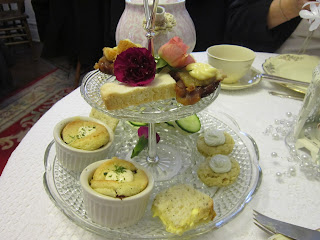 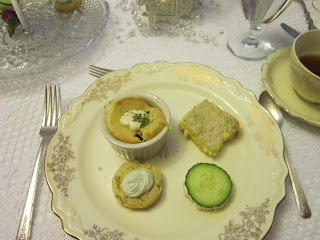 We switched tea for the dessert course and got Black Current. 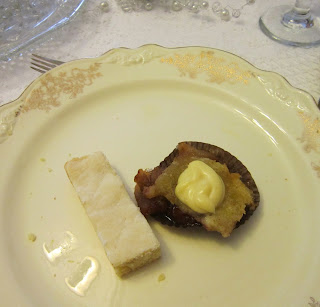 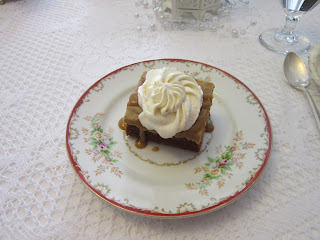 Sara Valasquez, one of the owners, did a brief presentation about Downton Abbey. 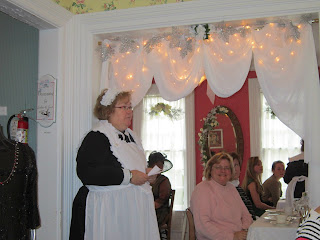 Almost every attendee had watched the series on TV or DVD's, and when asked who the favorite characters were the united responses were, Lady Mary and the Dowager Countess of Grantham [Violet AKA Maggie Smith].  Matthew didn't trail too far behind.

Sara told us Downton Abbey is the most popular series in PBS history.

Out of 89 themes Sweet Shalom has done since they opened, this is the first time they've  featured a TV program.

The following write-up is posted on Sweet Shalom's website:  "Downton Abbey, a stunning and colorful drama set around the aristocratic Crawley family, and the staff which serves them. Set between 1912 and 1920, Downton Abbey chronicles the conflict of class, gender, and politics, and serves it up with an exciting dollop of sizzle and scandal. We are celebrating season three to be aired on PBS in January. Join us for a tea of which Countess Violet would approve."

What a fun surprise to see my sweet tea friend, Teresa, at Sweet Shalom!  She looked stunning in her Edwardian Tea Gown. 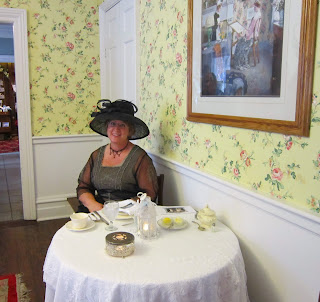 Sandy [left] and Me 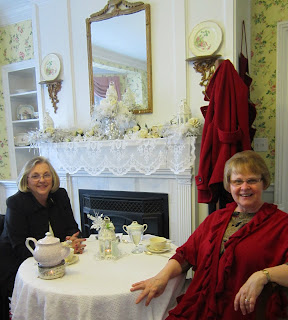 Thanks, Sweet Shalom, for providing such a delightful tea!

Afterwards we went shopping at Maumee Antique Mall.   I only made one purchase - a display dome for hubby's pocket watch for next New Year's Eve tablescape.  [I'm planning ahead!  ;-)] 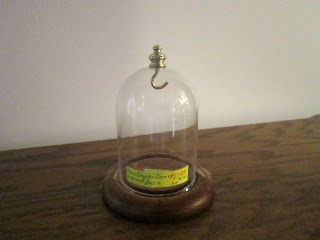 Posted by relevanttealeaf at 11:12 PM