There's nothing like a pot of tea and a warm scone to start the year off right! 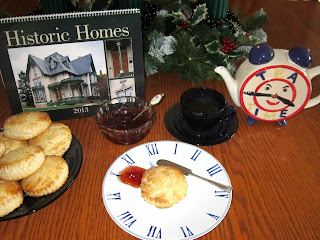 I recently read an online newspaper article about a house in Detroit that was restored and turned into a Bed & Breakfast.  It's called the Inn at 97 Winder,  and is said to be a "Victorian Wonder."  The article piqued my interest, so yesterday hubby and I drove into the City to see it - at least its exterior.  [For interior photos visit the website:  www.theinnat97winder.com] 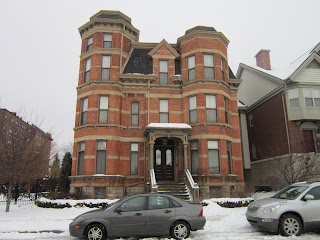 Native Scotsman, John Harvey had the one-family, 11,000 square foot mansion built in 1876.  It is a classic example of 19th century Victorian architecture, combining elements of Queen Anne and Mansard.  At the time, it was located in  Detroit's most prestigious area, where department store founder, J.L. Hudson, lumber baron, David Whitney, and architect, Albert Kahn lived, along with other members of Detroit's elite society.  The area was affectionately called Little Paris. 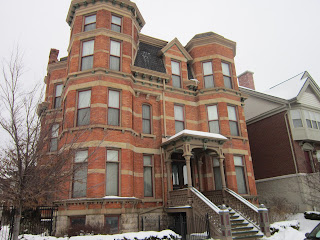 Today the area is known as Brush Park, in recognition of the Brush family who owned the original farm in the middle 1800's, before the land was divided into lots.  The Inn, which has the distinction of being one of Detroit's largest surviving Victorian homes, is surrounded by several upscale townhouses and condominiums built by developers who demolished abandoned and vandalized mansions much like the one in the photo below.  This once beautiful mansion is a few streets over from Winder and is waiting to be rescued [or demolished]. 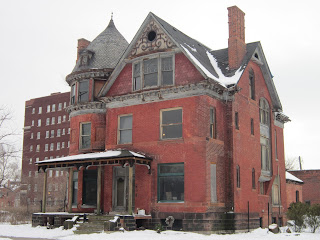 Kudos to owners Ghassan & Marilyn Yazbeck for rescuing the mansion at 97 Winder  from its neglected, ransacked, and empty state in 1987.    The house wasn't habitable when they bought it, and it took almost five years to get an occupancy permit.   In December 2005 they celebrated the return of the house to its original grandeur.

Do you know what my tea-loving mind thought when I read the article?  What a perfect place for hosting Afternoon Teas!

My son and daughter-in-law's visit to New York City prompted me to re-read Elizabeth Knight's book, Tea in the City.   NYC is bustling with a multitude of fabulous places to take tea, and Detroit can't boast of hardly any.   Certainly there are Detroiters, and Metro-Detroiters who would embrace such establishments.  Could 2013 be the year that will change?

I'll conclude this post with two more restored mansions that were located near the Inn.  Wouldn't you just love to take a peek inside... or sip a cup of tea while sitting next to one of their cozy fireplaces? 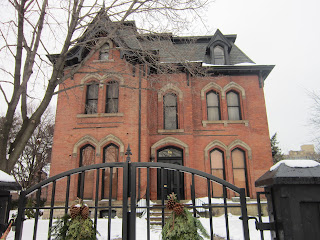 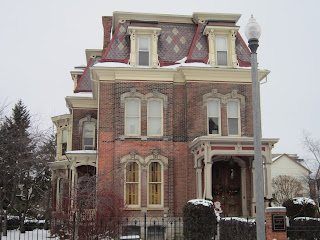 Posted by relevanttealeaf at 4:52 PM

Email ThisBlogThis!Share to TwitterShare to FacebookShare to Pinterest
Labels: The Inn at 97 Winder.