We returned to Colorado in the spring of 2005, after our son had relocated to the "Mile High City" with his bride and a new teaching position.

We spent one day downtown Denver which included a tour of the Molly Brown House Museum on Pennsylvania Street. 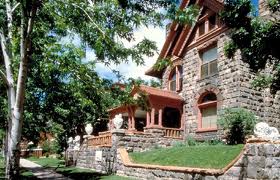 The three story Victorian house was built in 1889 and became the home of J.J. and Molly Brown in 1894.   The house has quite an interesting history.  It would have demolished in urban renewal had it not been for a group of concerned citizens who formed Historic Denver, Inc. in 1970, and raised funds to restore it.  The house is now on the U.S. National Register of Historic Places.


It is said to be haunted by J.J. Brown who was never allowed to smoke in the house.  The smell of pipe and cigar smoke are prominent in rooms he occupied even though the house is a smoke-free environment.  But I never smelled it the day I was there!  ;-)

Unfortunately, they weren't offering one of their special Afternoon Teas on the third floor while I was in town, but I did purchase a tin of  Molly Brown's Special Blend Tea [blended by John Harney] in the gift shop, and have reordered more from the Molly Brown House website several times.

I always think about Margaret [Molly] Tobin Brown every year as the date of the Titanic sinking  approaches on April 15th, and how she acquired the nickname that stuck with her for life, The Unsinkable Molly Brown!

Someone told me about English Tealeaves in Parker, Colorado [19 miles S.E. of Denver], so my hubby and I went there for lunch one day. 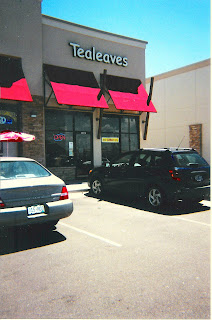 The retail area where they sell loose tea and tea accessories is in the front of the store. 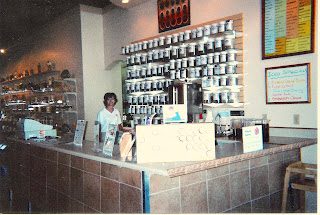 The dining area is in the back, but it's more cafe style than a traditional tea room. 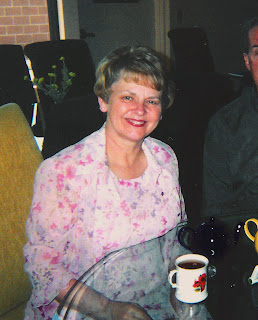 Jeremy and Samantha wanted to take us to dinner at the Broadmoor Hotel in Colorado Springs.  As you can see, it was a beautiful Sunday afternoon. We strolled the grounds before going into the hotel for our dinner reservations. 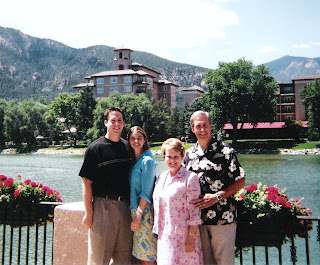 As enjoyable as all these outings were, none of them surpassed an impromptu tea lunch  my new daughter-in-law and I had while the guys were away.   It wasn't anything fancy -  just tea, scones and sandwiches during Sam's lunch break from her at-home computer job. 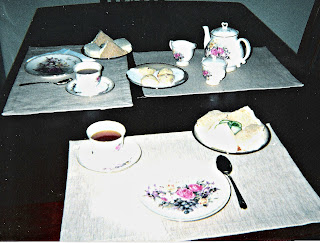 Sam [as we affectionatly call her] is a coffee-loving gal, but she was a good sport and gave tea a try that day. 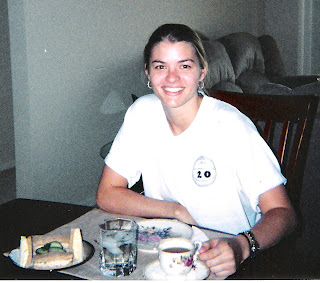