Wishing everyone a Happy May Day.  Wait!  Didn't we just celebrate Christmas and New Years? 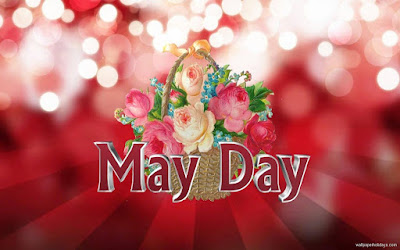 Speaking of the swift passage of time, yesterday was Prince William and Kate's Sixth Wedding Anniversary!   They still look happily in love! 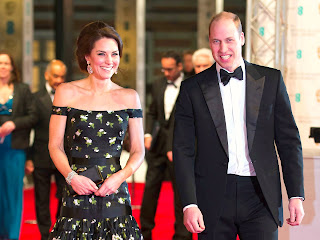 As for me, I'm still immersed in my Shirley Temple autobiography, but making great strides, now on page 373.  Hope to finish tonight.

A pleasant surprise emerged on page 371... the first mention of tea.  Shirley was 16 years old [her age in the photo below] when she visited Ottawa, Canada. Prime Minister W.L. Mackenzie King invited her to his home for tea.  Apparently she had to go to Canada to be introduced to tea since no mention of the beverage had been made previously.

On the following page Shirley said, "Putting his teacup aside..." referring to the Prime Minister, he proceeded to show her a rocking chair he had recently acquired at an antique store after a powerful attraction to it in the shop.  When he turned it over for inspection, burned into the wood amidst layers of varnish and age, appeared a woman's name and date. Turns out the name was his grandmother's and the rocker belonged to her!  Twilight Zone music, please!  ;-) I hope that won't be the book's only reference to tea, but I have a feeling it very well may be. Will keep you posted!

On another happy note, the Danbury Mint Shirley Temple tea set arrived in today's mail. That was very fast - I just purchased it last Saturday.

P.S.  Five hours following my initial post, tea got another mention when Shirley met Mrs. Truman at the White House over tea and dainty cookies.  Yay for tea in the USA!

I found another Internet photo of her with a teacup in hand.  The photo was taken after her divorce from Jack Agar in 1949, when she was 21 years old.  Pictured with her was her second husband, Charles Black. She was married to him 55 years when he passed away in 2005. 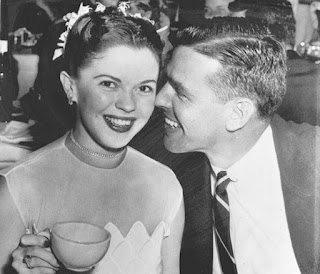 Posted by relevanttealeaf at 1:17 PM