To all ladies who will be celebrating your mother, and/or your own motherhood this Sunday, I wish you a Happy Mother's Day!  This post will be more for my enjoyment and walk down memory lane than yours, so thank you for indulging me.  Nothing makes me more aware of the swift passage of time than photographs.

I'm beginning with a tribute to my mother, Alice Bowman. 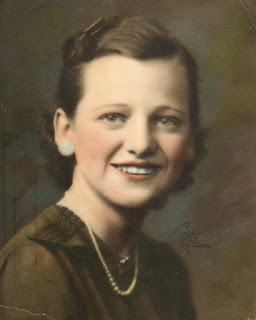 ~ Childhood photos of mom and me. ~ 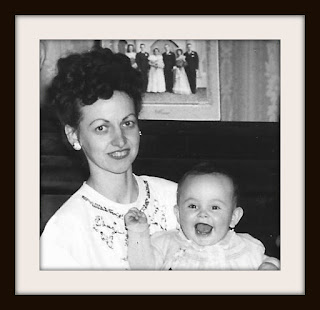 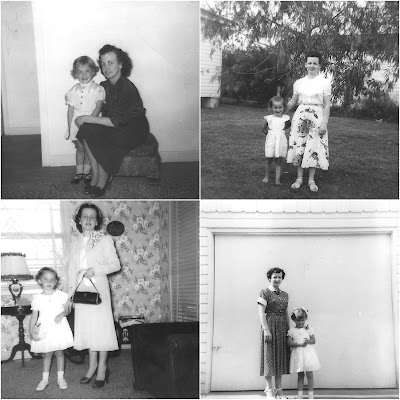 A 2009 St. Patrick's tea that I gave for her and my aunt.  They were always so proud of their Irish heritage.  She was a good sport and wore the party tiara I got for her. 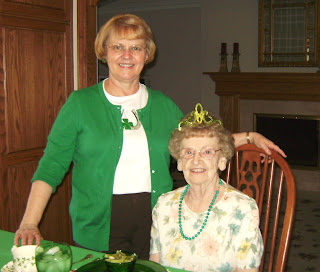 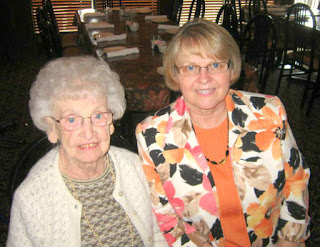 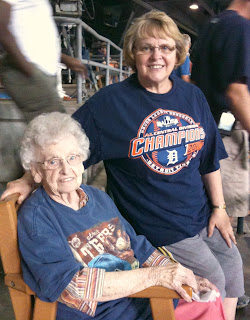 Mother's Day 2014 - her last Mother's Day with us.  She passed away in August that year, just two months shy of her 93rd birthday. 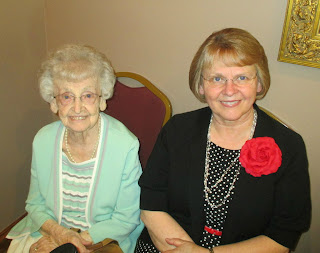 I thank the Lord everyday for the three wonderful children He blessed me with.  Lori was my firstborn. When my mom passed, I used some of the money she left me to take Lori on a trip to London, England in 2015. We were there over Mother's Day and the first few photos are from our trip.  We had a fabulous time.  I wish I could go with her again - although I think I wore her out the two weeks we were there trying to take in as many sights as possible. I blogged about it all. 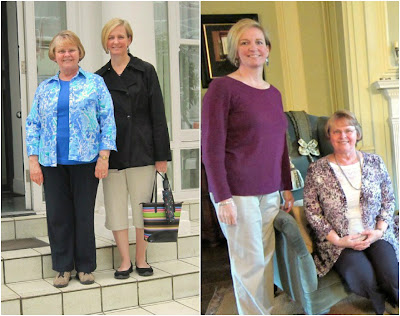 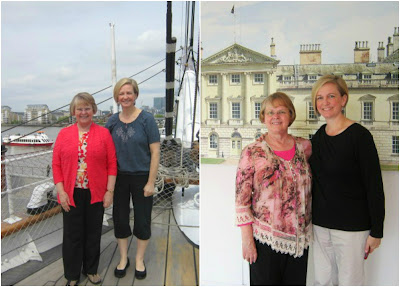 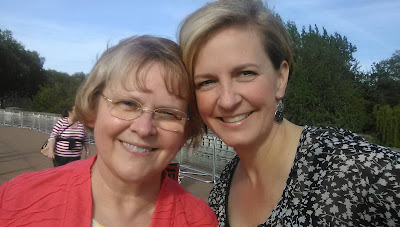 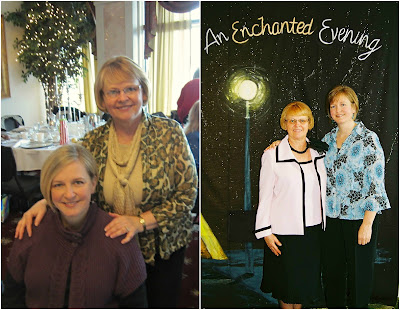 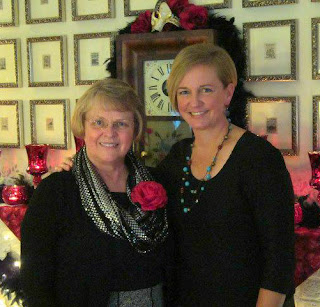 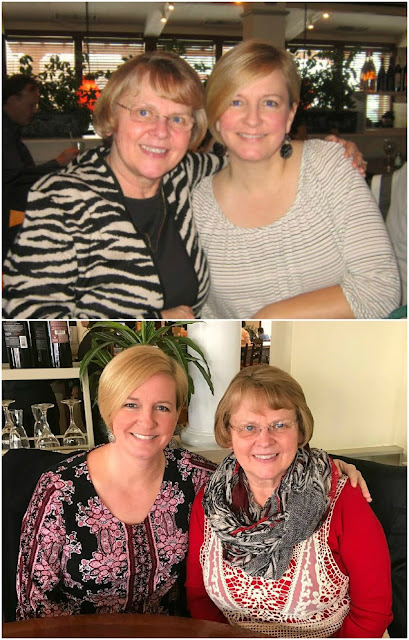 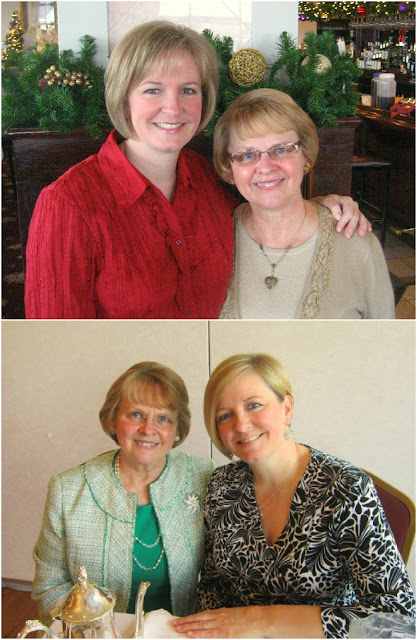 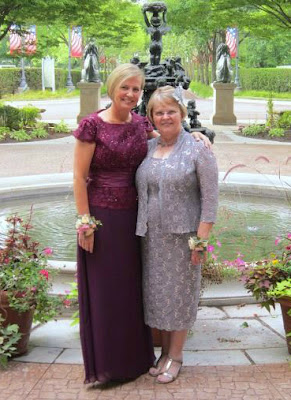 Steve was born two years after Lori. When he was a little boy I never would have guessed the Lord would call him to be a pastor, but I shouldn't be surprised because he has a heart for God and people. Below was his graduation from college when we were both much younger and slimmer! 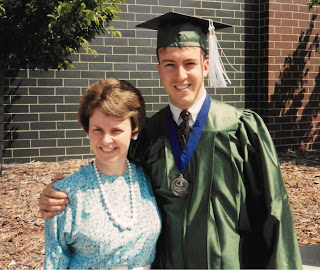 I only have one picture of Steve at tea with me.  It was taken in 2007 at Charleston Place Hotel in Charleston, S.C.  I think we're overdue to go to tea again.  ;-) 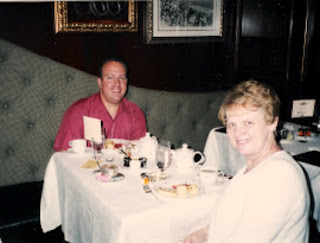 A 2008 church tea.  The theme was "Here Comes the Bride."  Several of the ladies modeled their wedding gowns [or had someone else do it].  My daughter-in-law, Sharon, modeled her gown, so I asked Steve to surprise her and sing the same song he sang to her at their wedding. 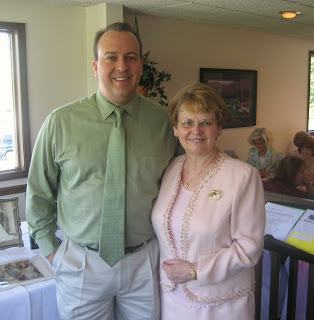 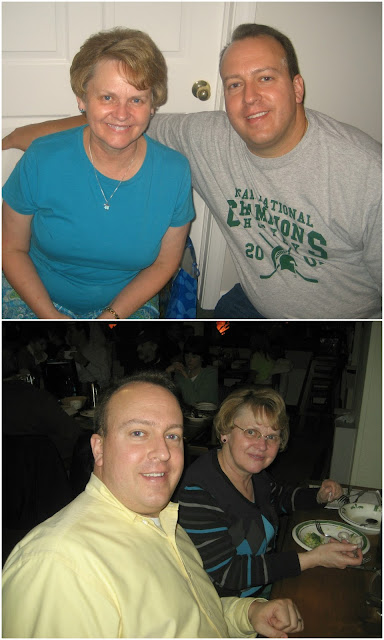 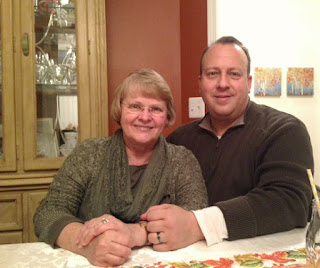 Ten years after Steve, our youngest son, Jeremy came along and completed our family.  The picture below was taken at Jeremy's wedding reception during the mother/son dance. I don't dance - I don't have a rhythmic bone in my body, but the photographer made me look like like I'm pretty good at it.  ;-) 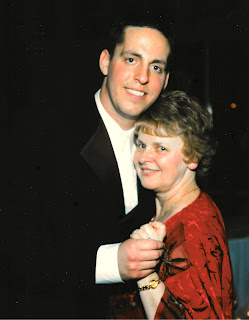 When Jeremy graduated from college, he spread his wings and moved to Colorado, where the photo below was taken.  I'm so glad he returned to Michigan so Jerry and I can enjoy him and his family. 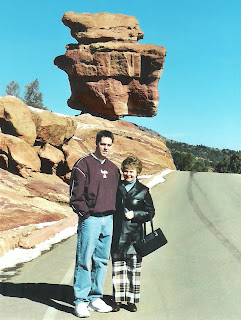 Getting a tour around Skyline High School in Ann Arbor, where he was the athletic director. 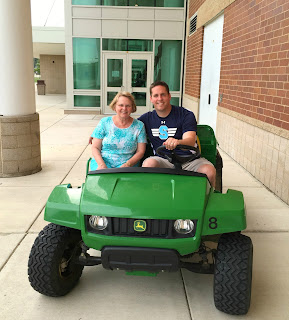 If one child is a blessing... three are even better! 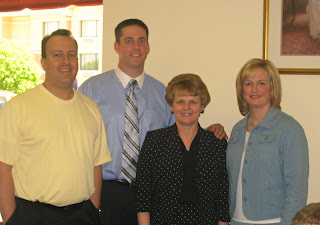 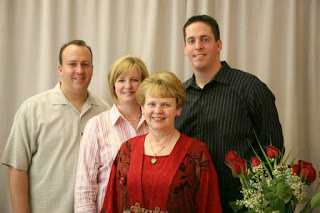 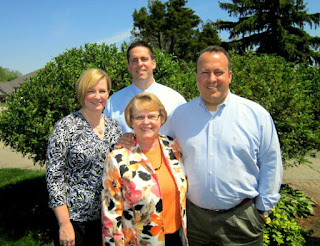 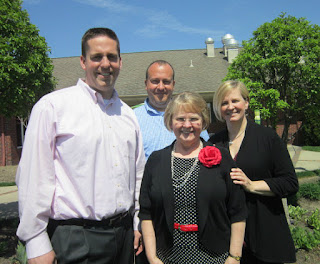 It has been a lot of fun putting this post together.  I'm sure the camera will be snapping a lot more family pictures on Sunday.  Blessings to everyone this weekend!

Posted by relevanttealeaf at 10:36 PM