Trying to get back in the swing of home life after a trip takes a day or so.  When my hubby collected the mail from our neighbor it included the Lucy teapot I purchased from E-bay.  It wasn't my first choice, but I didn't want to pay $61.50 for the one I liked best when it would only be used as a presentation visual.  The one I got for $40 will work just fine. 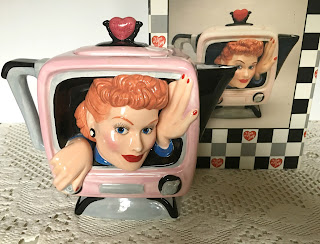 In reading Lucy's autobiography I discovered she didn't like tea.  Early in her career [before Desi] she had a romance with a British actor. When he proposed, she declined saying she couldn't picture herself in a British lifestyle since she wasn't the teacup type. Hmmm... maybe tea could have been a solace during the many ups and downs in her life.

The closest Desi came to tea was when his septet played at the Sunday afternoon tea dances at the Roney Plaza in Miami Beach.

Tea/coffee cups were little more than studio props to the couple. Desi and Lucy personally approved everything that went into the Ricardos' apartment on the I Love Lucy television show, including the Franciscan Ivy dinnerware pictured above. When Googling I Love Lucy teacups, only the Franciscan Ivy tea/coffee cups come up for $39.99.  Memorabilia mugs are plentiful, however. 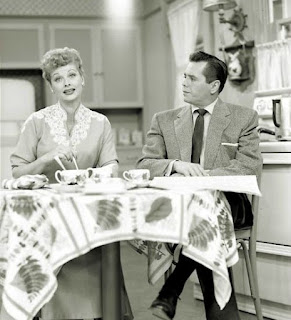 The Lucy and Desi DVD that I ordered arrived in the mail after our return home.  It's 3 1/2 hours to watch, so I haven't sat down to it yet.  Desi and Lucy's daughter, Lucie, directed and produced the documentary about her parents. 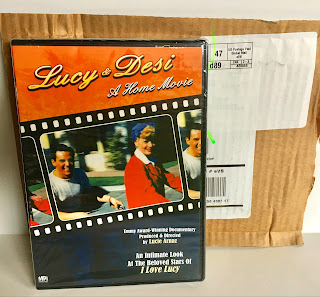 On this Memorial weekend when we honor those who gave their lives while serving in the armed forces, it's fitting to note that Desi was drafted in the U.S. Army in February 1943.  He wanted to go overseas, but when he broke his kneecap during basic training his role became entertaining the men at army camps and hospitals. Though disappointed, keeping the morale of military personnel up was a necessary assignment. Lucy said the day Desi became an American citizen was the proudest day in his life. Having lived under a dictatorship in Cuba, he appreciated democracy.

In the autobiography I was reminded that when Lucy was three years old [1914], her parents moved from Montana to Wyandotte, Michigan [the city where I grew up], where her father was employed as a telephone line crew foreman. Her father became ill with grippe [influenza] that turned into typhoid fever, and he died at the age of 28. She and her five-month-pregnant mother returned to Jamestown, New York [where she was born], to live with her maternal grandparents. Her stay in Wyandotte was just under a year.  For local readers, the rental apartment where she lived was on Biddle Avenue, but was demolished in 1963. She returned to Wyandotte at least two other times later in life.

Lucy was a natural strawberry blonde, not a redhead, although she had the fiery temper that redheads are often accused of possessing.

In addition to closing this post with wishes for a great Memorial Weekend, I thought I'd share a picture of a cake I made on Memorial Day in 2014.  Three years ago - wow, time flies! 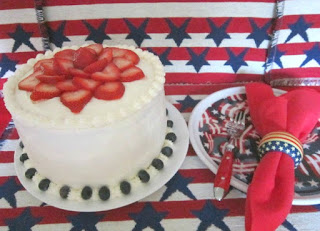 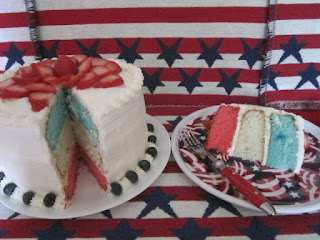 Raising my teacup in tribute to all those who sacrificed their lives in the armed forces to preserve the freedoms I enjoy today.   God bless and protect the United States Military! 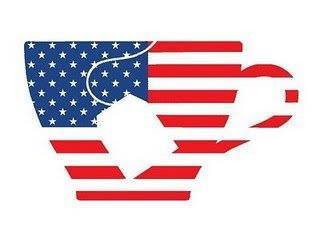 Posted by relevanttealeaf at 12:34 PM