Last Saturday [May 13], I drove a short distance to Dearborn, MI where I attended a Spring Tea hosted by the Presbyterian Women of Cherry Hill Presbyterian Church. 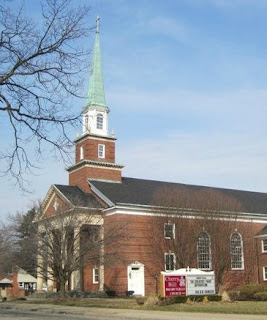 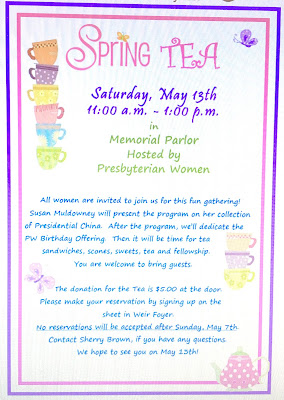 The tea was held in the Memorial Parlor and eight beautiful tables were set up by individual hostesses.  I only photographed six tables because the other two already had ladies seated at them, and I didn't want to interrupt. 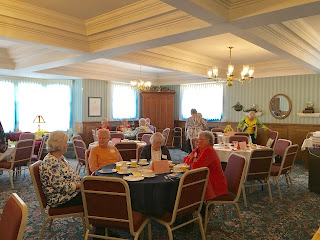 This is the fifth year the ladies at Cherry Hill have being hosting their bi-annual teas, and they have grown in attendance with each tea.  Fifty-two ladies attended Saturday's tea, and they were at max capacity.  If they continue to grow they'll have to relocate to a different part of the building. 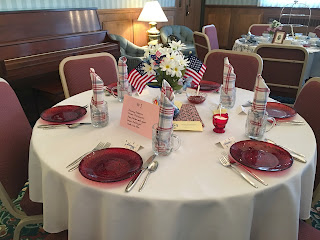 The table below was a special table set by a lady whose mother had just passed away at Easter, so the table was in memory of her, and was occupied by family members. 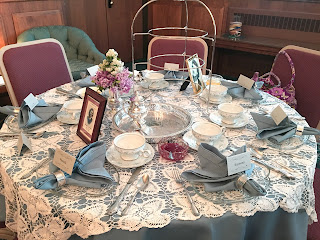 This is the table where my girlfriend and I were seated. 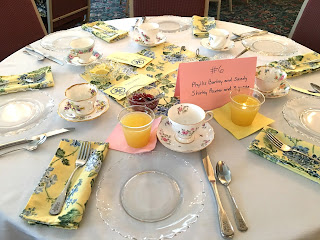 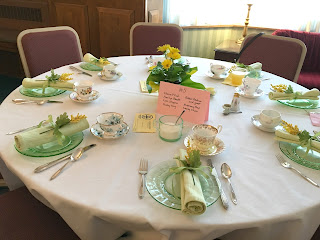 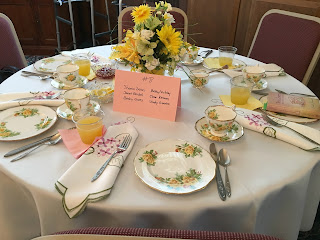 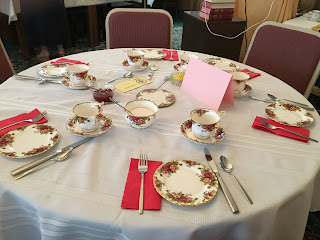 The program was first and the tea followed. 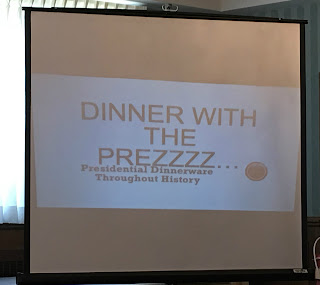 Susan began by saying, "Hi, My name is Susan, and I am a collector." ;-)   She began collecting presidential china reproductions in 1991 while on a family vacation in Alexandria, Virginia. 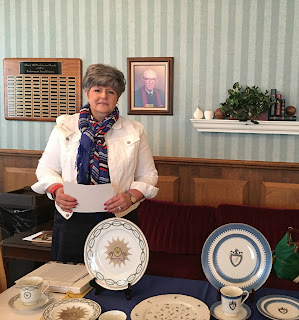 Not all of the presidential china was used in the White House.  Some were personal china patterns used by presidents, reproduced by Woodmere China Company [which went out of business in 2013]. 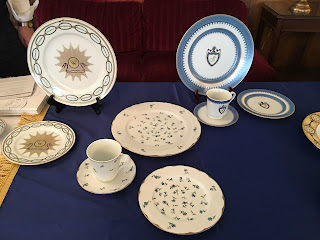 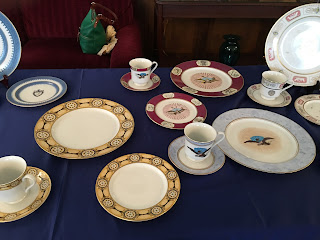 Most of the china from the early presidents was produced in France because our country wasn't producing porcelain yet.  Often times plain white china was ordered and then it was hand painted in New York.  Susan said First Lady Caroline Harrison [1832-1892] was an avid china painter and made china painting in the United States popular. 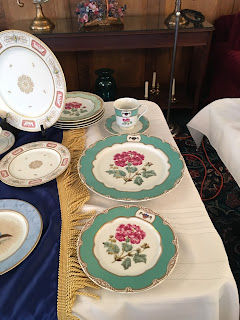 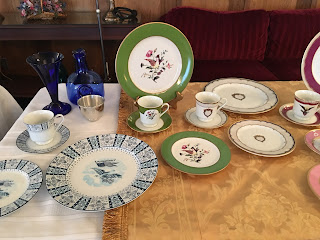 The china with the eagle in the center, was Lincoln's presidential china that Mary Todd Lincoln spent an exorbitant amount of money on. 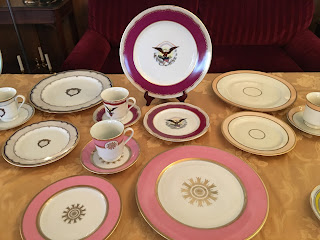 I loved the tidbits of presidential and first lady history that Susan shared with us. 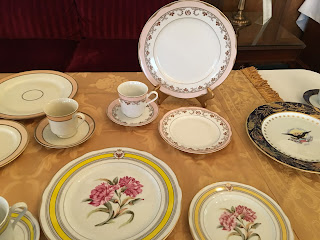 It was an excellent presentation which I enjoyed very much. 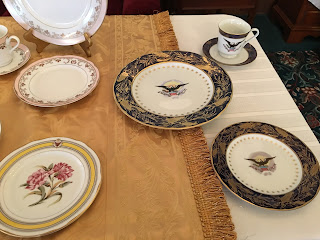 
The tea that followed Susan's presentation was lovely too.  In the photo below Sherry Brown was pouring our tea. 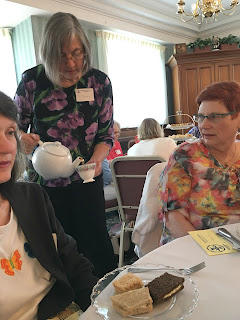 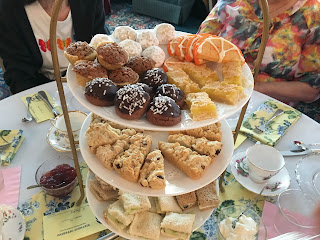 There were four types of sandwiches:  Egg Salad, Chicken Salad, Cream Cheese and Olives, and Cucumber. 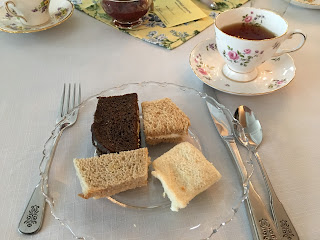 Followed by scones with jam and mock Devonshire Cream, and a yummy selection of desserts. 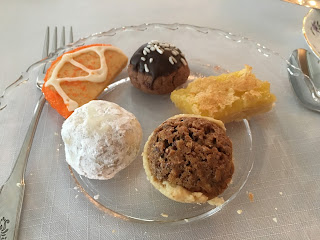 It was a delightful way to spend a Saturday afternoon.  Thank you, Sherry, for the privilege of attending.

I will return to Cherry Hill Presbyterian Church on November 11th to present a program on Dining at J.L. Hudson's Department Store.

Posted by relevanttealeaf at 11:01 AM