Normally I'm the one gallivanting here and there while Jerry keeps the home fires burning, but this time I stayed home while he went on a "guy trip" over spring break with our youngest son, Jeremy, and our grandson, Landon.  They left a week ago today and have covered  a lot of miles, with two more sights to see before coming home.  I've followed along via pictures Jeremy's provided.   He planned the sports and music themed itinerary.

Their first stop was Knightstown, Indiana where the 1986 movie, Hoosiers, was filmed.  The movie was about the small town of Hickory and its basketball team that miraculously won the state championship.  They visited the Hoosier Gym, and below is Landon in his Hickory basketball jersey taking a basketball shot.  Do you remember that great fiction movie that was based on fact? 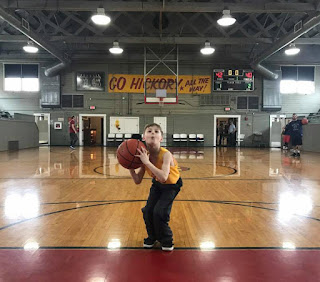 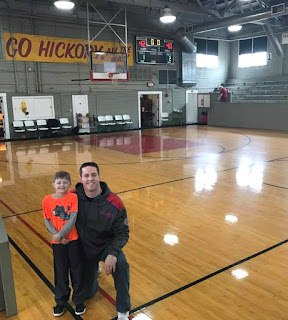 From there they went to Memphis, TN to visit Sun Studio, where Elvis made his first records. Jeremy is an Elvis fan even though he's only 38 years old, and Elvis died two years before he was born.  Landon in Sun Studio photo below. 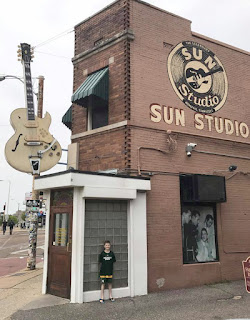 No, Jeremy doesn't play the guitar, but he does have a very good voice.  It was fun pretending to be Elvis if only for a moment!  Men are really little boys grown tall, and I hope he never loses his fun and imaginative spirit. 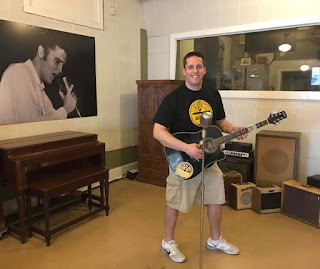 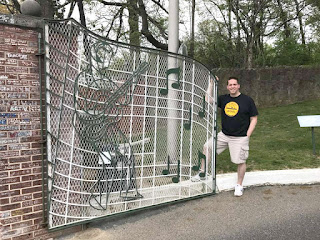 A couple of serendipitous stops at Johnny Cash's boyhood home, and the home of Jerry Lee Lewis. Landon's playing the piano on the gate! ;-) 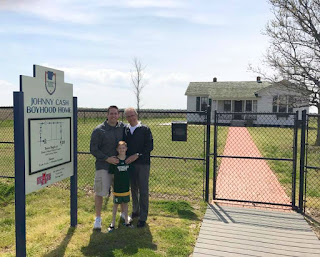 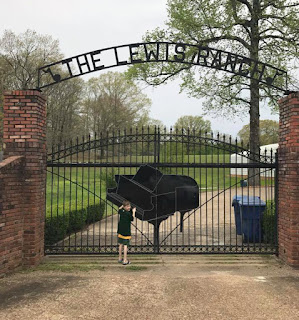 From there it was further south to the LSU campus in Baton Rouge, LA where Jeremy had a pre-arranged tour of their sports facilities.   Landon with LSU's mascot, Mike the Tiger. 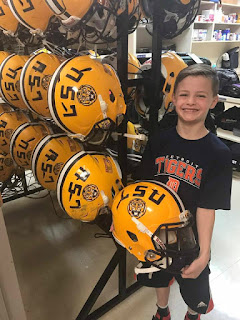 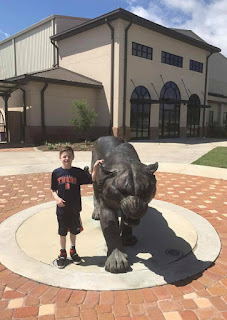 A visit to New Orleans followed Baton Rouge, and they spent a couple of days there.  Below is Jeremy and Jerry in Jackson Square with St. Louis Cathedral in the background.  And yummy beignets at Cafe Du Monde.  I wish I would have been with them in New Orleans for some of those yummy beignets. I tried my hand at making some once, but they weren't as good as Cafe Du Monde's. 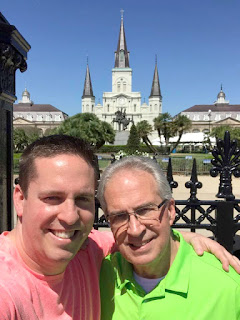 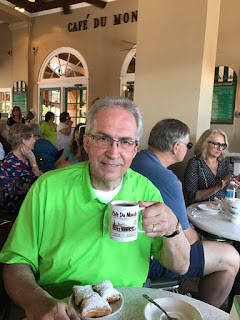 The Mercedes-Benz Superdome where the New Orleans Saints play football, and Landon standing by a Mardi Gras Jester statue.  If I would have been along we'd have had Afternoon Tea at the Windsor Court Hotel not far from the French Quarter.  Maybe that's why I'm not on this trip! ;-) 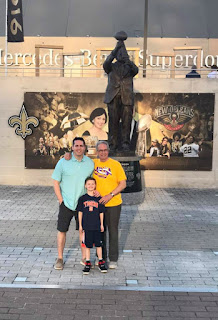 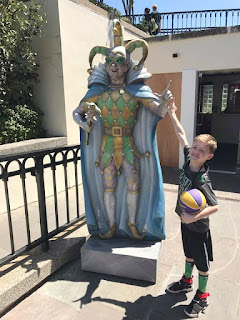 Their next destination was Tuscaloosa, Alabama for a meet-up with two of Jeremy's MSU football coaches - Nick Saban and Bobby Williams at the University of Alabama.  I'm not sure, but that may have been the highlight of the trip for Jeremy. 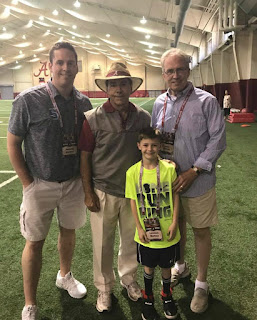 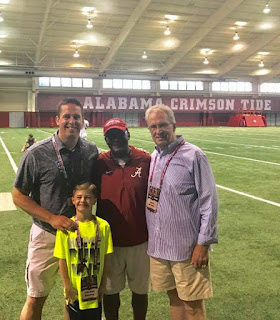 Heading back towards home they stopped in Nashville, TN to take our granddaughter, Brianna, to lunch before traveling to their next destination - Louisville, KY.  Brianna is a Junior at Trevecca Nazarene University. 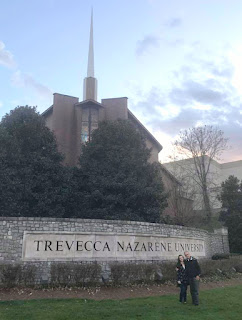 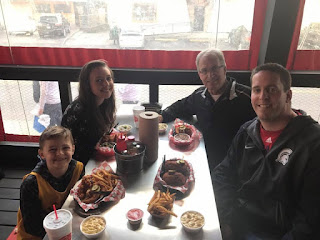 Their last two stops before coming home are the Louisville Slugger Bat Factory, and the full scale replica of Noah's Ark in Williamstown, KY.   They've made a lot of fun memories this trip without drinking a drop of tea!  How can that be?  ;-)

While Jeremy and Landon were gone, daughter-in-law, Samantha, took my granddaughters, Isabella and Ellie on a trip of their own to visit her sister in Oklahoma.  While there they visited the Mercantile owned by Food Network's Pioneer Woman, Ree Drummond, located in Pawhuska, OK. I would love to visit that sometime.  I think it opened in Nov. 2016. 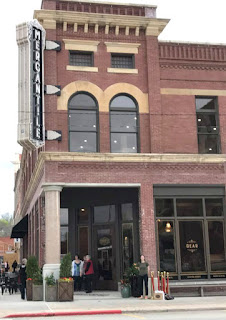 Sam said it was an hour's wait to get inside, but they provided free hot chocolate and chalk to keep the kids occupied while waiting. 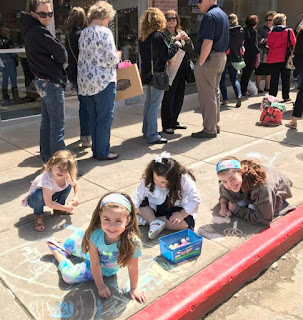 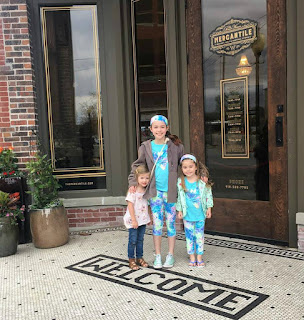 It'll be hard to top this 2017 spring break, but there's so many wonderful places to see and things to do in our great country!

Posted by relevanttealeaf at 5:40 PM