A Local "Gone With the Wind" Presentation

When I met my friend, Linda, for tea on Wednesday she brought her current issue of Bliss Victoria magazine, which features an article about Gone With the Wind she thought I'd enjoy [regarding the film exhibit at the Harry Ransom Center, University of Texas, in Austin.]  Afterwards, I purchased a copy of the magazine. 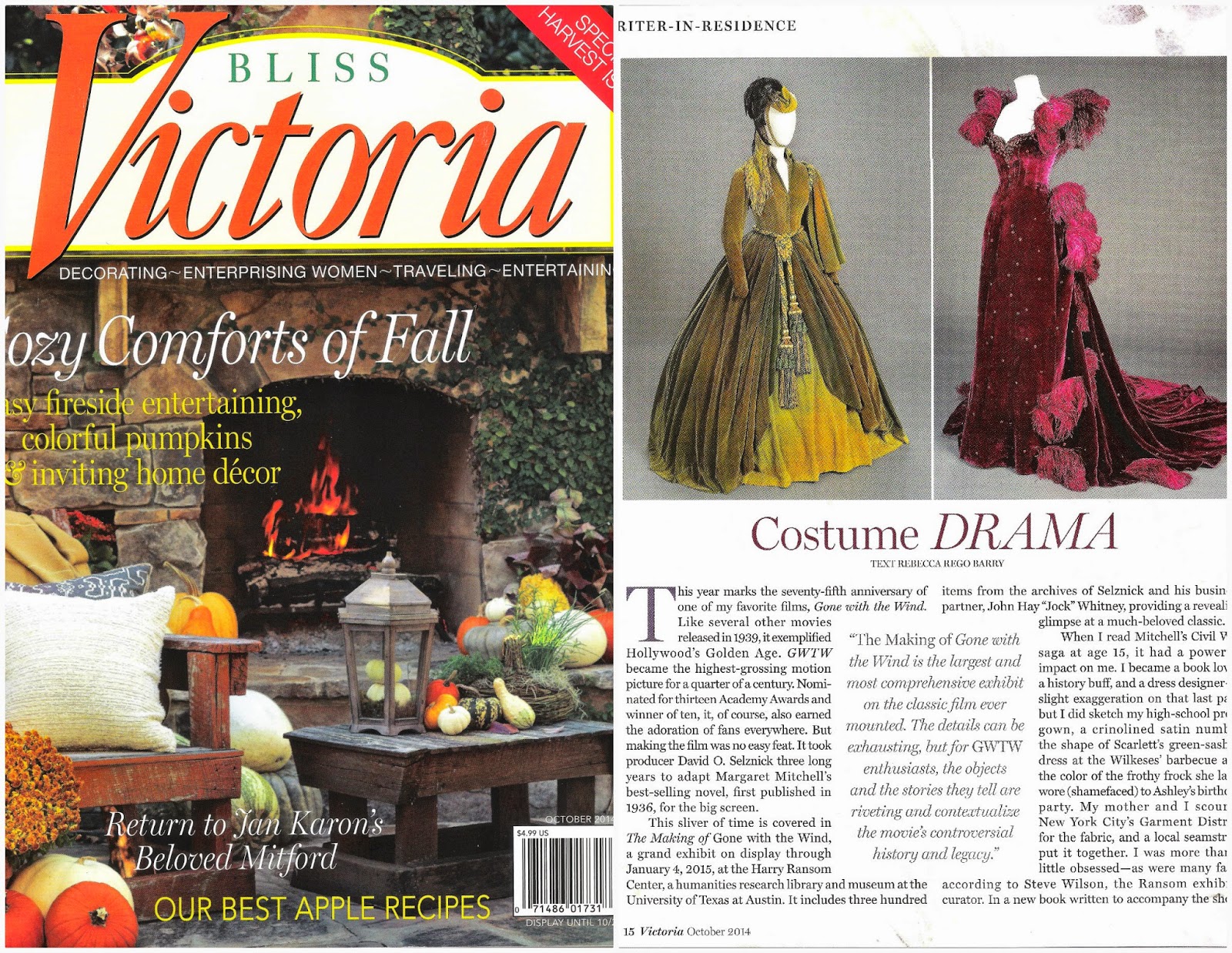 I love Gone With the Wind, and have written two posts about it this year [they can be viewed here and here].  Following my August 8th post I received an e-mail from a lady in Michigan who said she was a GWTW enthusiast, and had been collecting memorabilia for 30 years, and attending GWTW events for 25 years.  She offered to send me her "GWTW Alert," a detailed newsletter that is chock full of information pertaining to the movie and events celebrating its upcoming 75th anniversary. I took her up on her offer, and have received eight "alerts."

When reading this week's community newspaper I saw an article about a GWTW presentation to be held at the public library last night, free of charge.  I decided to go. 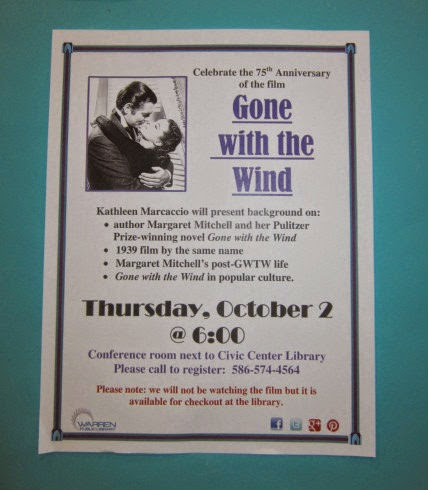 What a fabulous presentation about Margaret Mitchell and GWTW.  It was titled "From Bestseller to Blockbuster."  Kathleen Maraccio, spoke for about an hour and 15 minutes without a single note, and she brought a table of GWTW memorabilia to enhance her presentation.  I'm so glad I went. 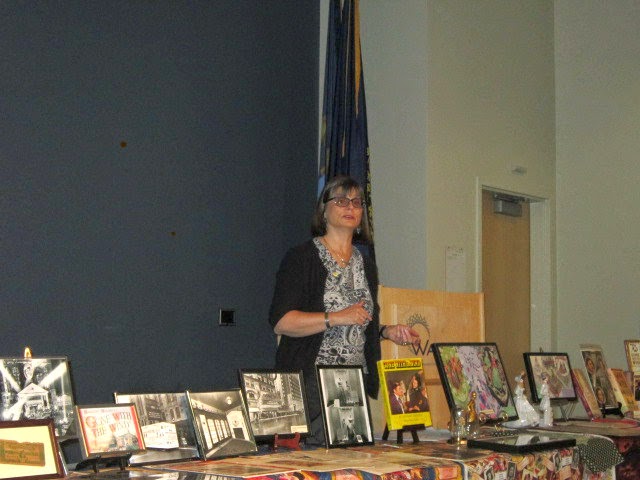 She shared some local tidbits associated with GWTW that was fascinating:  Ernie Harwell, our beloved sportscaster for the Detroit Tigers for many years, grew up in Atlanta and was Margaret Mitchell's paper boy.

Margaret Mitchell never had any children, but she had two nephews [from her only brother]. One of the nephews lived in Farmington Hills, MI [he passed away in 2007]. 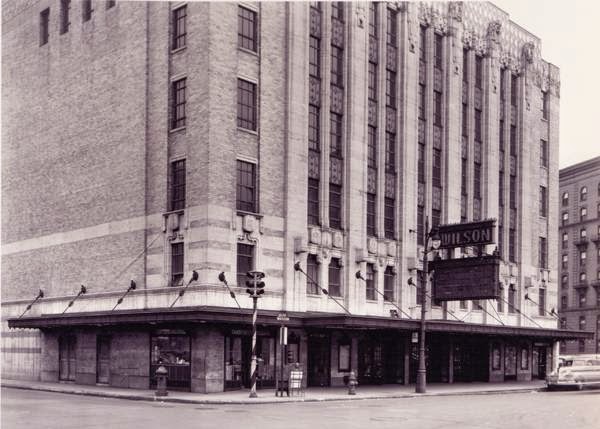 [Internet Photo of the Wilson Theater]

Kathleen brought several fabrics that were made for quilters for the 70th anniversary of GWTW. Some are still currently available on e-bay. 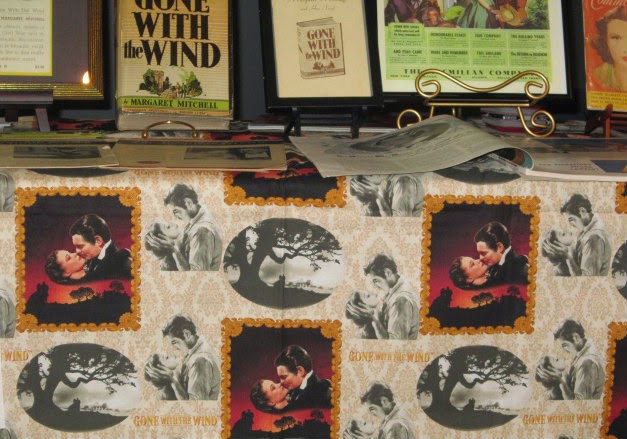 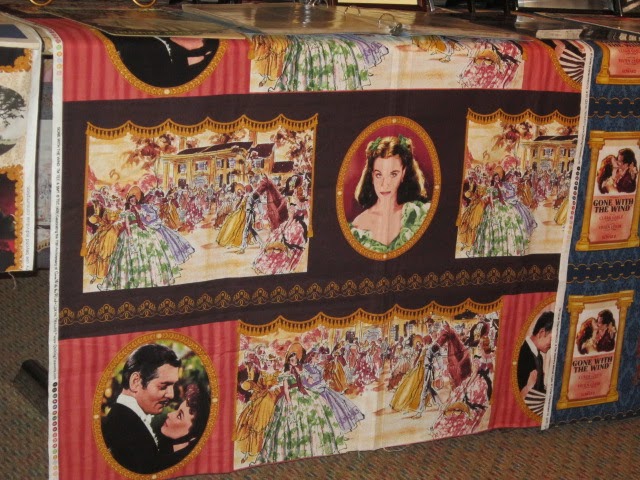 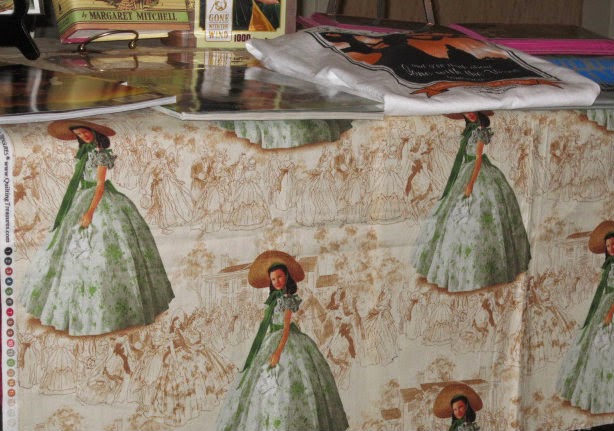 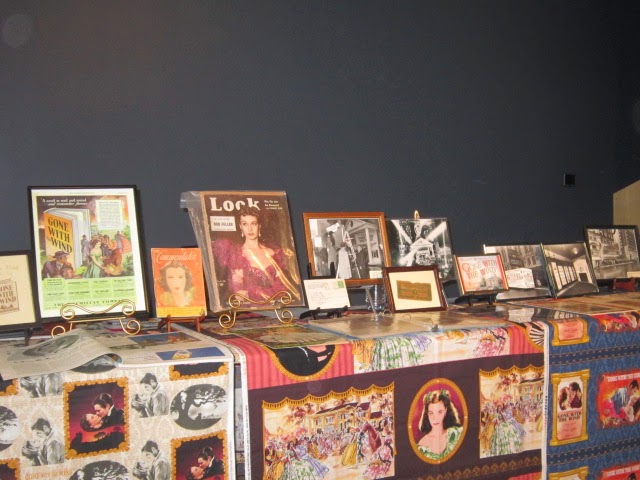 My Georgia blogging friend, Angela, recently wrote a post about her visit to the GWTW museum in Marietta on her blog, Tea With Friends.  You can read the post here.  I loved the photo she shared of the Scarlett O' Hara tea that Dean & Deluca blended in 1997.  I wish they'd bring it back again for the 75th anniversary.

But back to Kathleen's presentation... when the question and answer session ended I went up to talk to her.  I told her I was a blogger and would be blogging about her presentation. "Are you Phyllis?" she asked.  A bit surprised, I told her I was.  She recognized me from my blog profile photo, and identified herself as the author of "GWTW Alerts."

For local readers, Kathleen will be doing the same presentation at the Roseville Public Library on October 21st;  at the Henry Ford Centennial Library, in Dearborn on Nov. 4th; and at the Thursday Tea at Two in Troy Historic Village on November 20th. I think I may need to go to that tea!

Email ThisBlogThis!Share to TwitterShare to FacebookShare to Pinterest
Labels: Gone With the Wind