Cranbrook is metropolitan Detroit's oldest, historic manor.  In 1904, George and Ellen [Scripps] Booth [newspaper magnates], purchased a 174-acre farm in Bloomfield Hills, and named it Cranbrook after the English town where the Booth family had roots.

Detroit architect, Albert Kahn, designed the English Tudor/Arts and Crafts mansion, and ground was broken in January, 1907.  The Booths moved into their new home in June, 1908, and were the first family of wealth to live year-round in Bloomfield Hills. 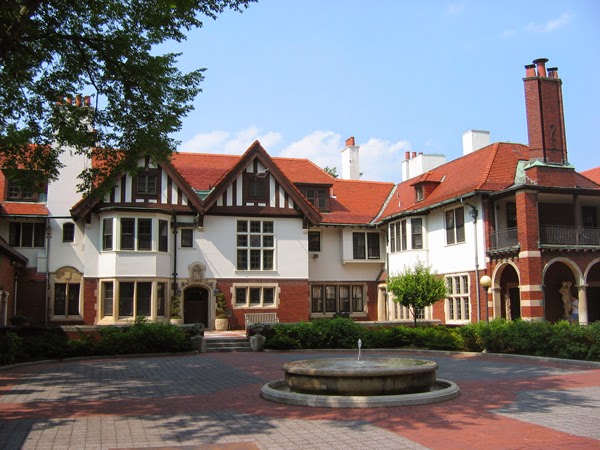 Today, ten of the first-floor rooms can be seen on guided tours, while the upper floors are reserved for executive offices of Cranbrook Educational Community.

In 2008 my girlfriend and I attended their Holiday Tables event where the theme was "Night and Day, Day and Night."  17 beautiful tablescapes were professionally designed. I wasn't blogging then, but I still have my program and notes. 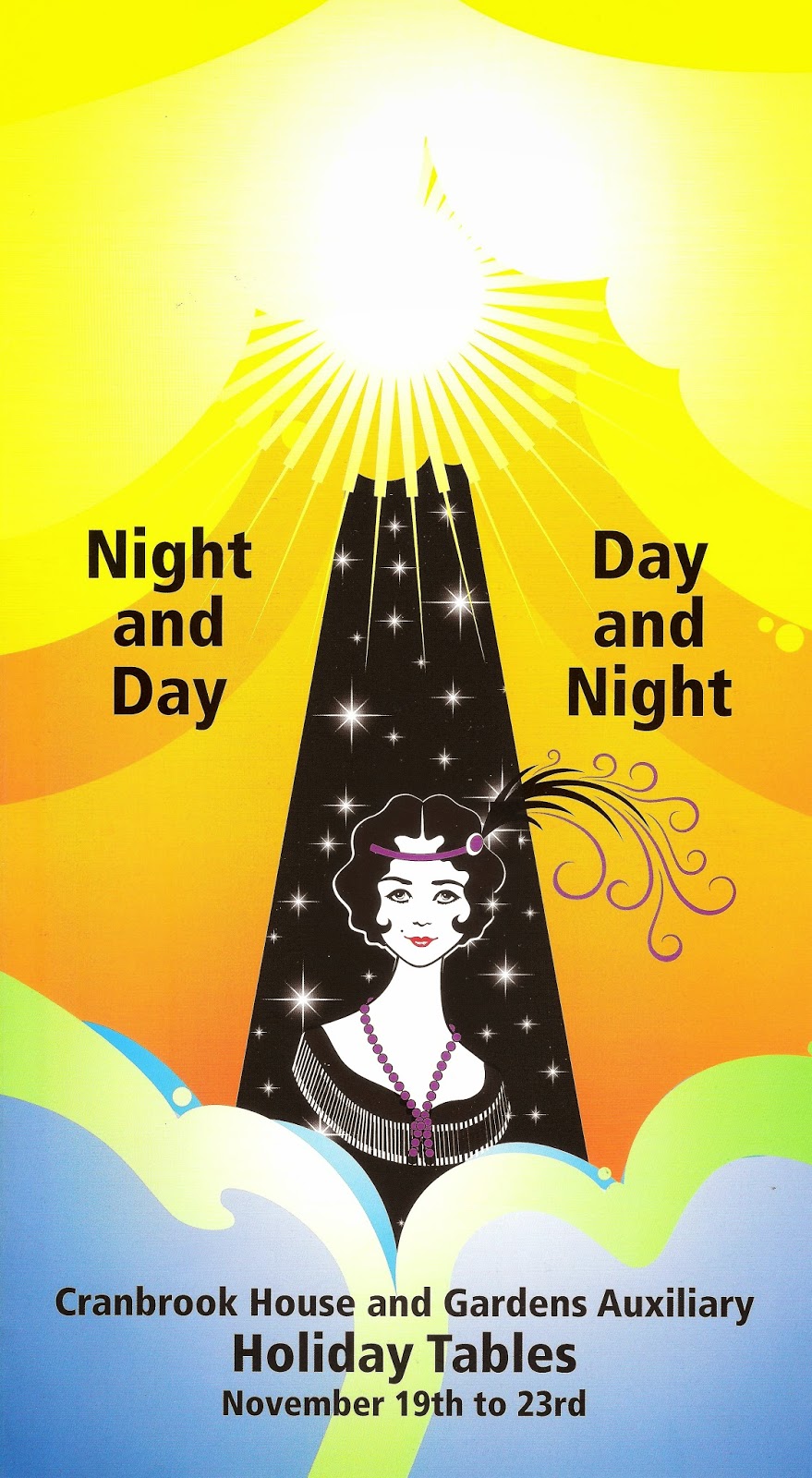 Table themes were:  Black and White Equals Day and Night; Moonlight on Ice; An Artful Table; Paint the Town Read; Mattina in Abruzzo; The Festival of Lights - 8 Days and Nights; A Real Gem; Celebrating the Legendary Kronk Gym; High Tea for the Holidays [this was set up in the Parlor]; A Romantic Celebration; Noel Chez DuMouchelle; Supper After the Hunt with Empress Maria Theresia of Austria; A Season of Cents-Ability; Holiday Harmony; Gone but not Forgotten: Their Music Lives On; and Santa Claus is coming to Town.

Flash photography isn't allowed inside the mansion, but I found a photo of one of the 2013 tablescapes online. 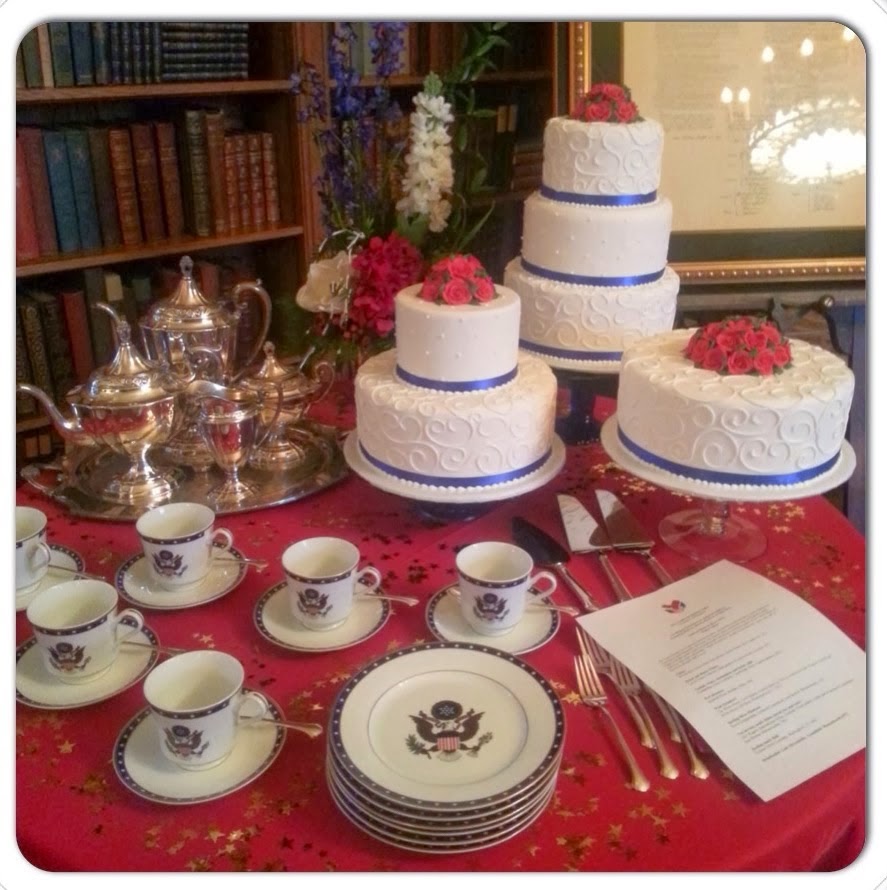 Six years have lapsed since a return visit to Cranbrook House for their annual Holiday Tables event. I made reservations this morning for 2014's theme, Illuminate the Season. The tables can be viewed November 20-23. This year I'll be attending their formal Buffet Tea in addition to viewing the tables.  I can hardly wait to see what this year's table themes will be, and I'll be sure to blog about them.

For local readers Holiday Tables information can be viewed here.

Posted by relevanttealeaf at 1:00 PM

Email ThisBlogThis!Share to TwitterShare to FacebookShare to Pinterest
Labels: Cranbrook