Yesterday I took a short break from preparations for my upcoming Hudson's program, and my hubby and I went to the Royal Treat Tea Room for lunch.  I blogged about the tea room earlier this year [March 7th].  The post can be read here.  A lot of people must be 'Google-ing' the tea room because the post has had 286 visits. 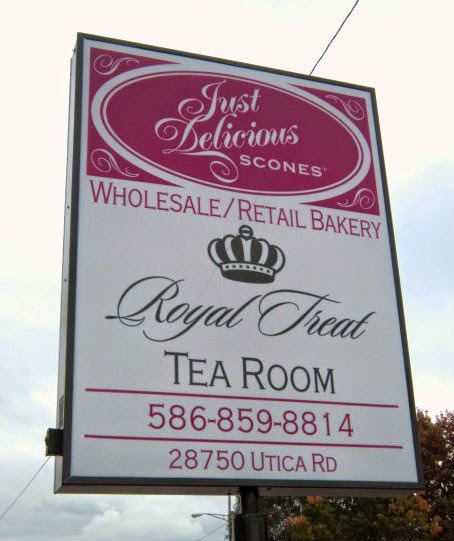 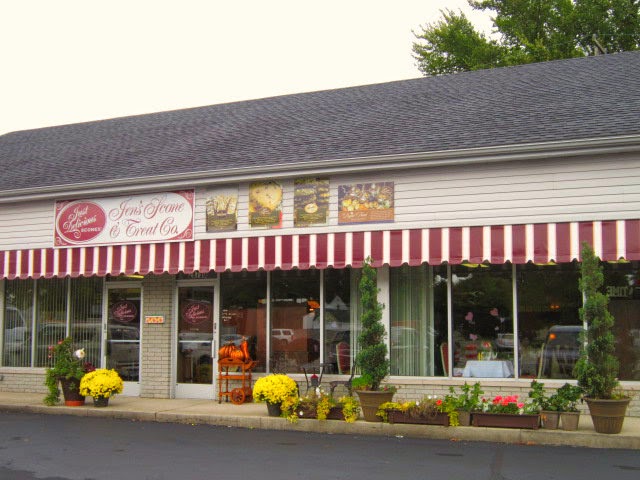 Lunch at the tea room was an impromptu idea, so I didn't call for reservations.  When we arrived, the parking lot was full, and when we stepped inside, so was the tea room. Immediately I spotted a lady I knew, and she told me her Bible study group came following their study session.  I had heard the tea room was doing great business, and yesterday's visit confirmed it. 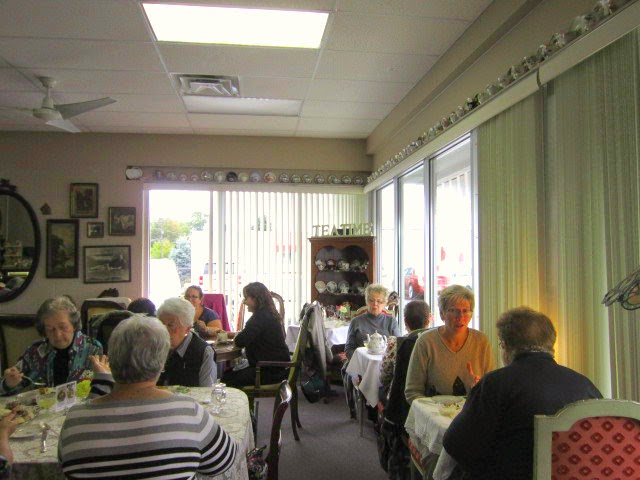 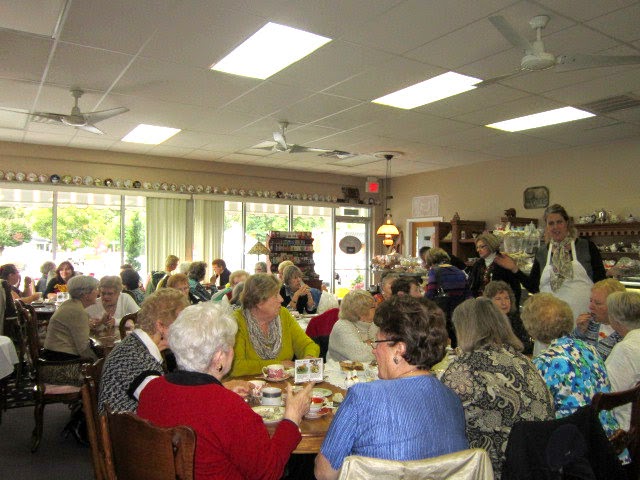 Fortunately, there were two tables 'for two' at the back of the tea room, and Jennifer Colombo, the owner, told us to pick one.  I chose the table where I'd be seated on the "Queen's Couch" as Jennifer referred to it. 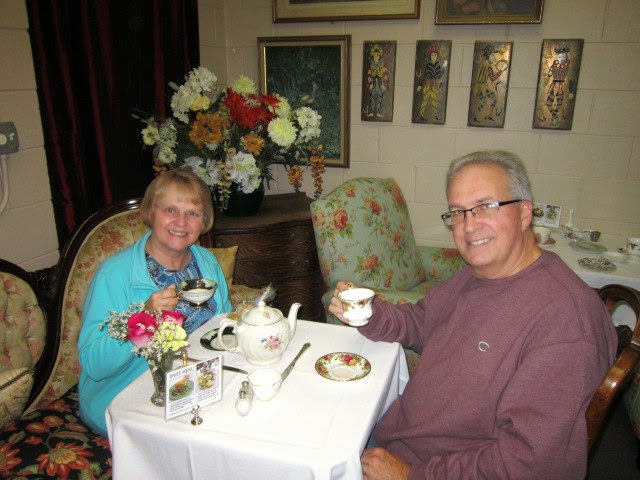 I went to their 'tea station' and selected our tea - English Breakfast.  Then Jennifer came with a plate of her homemade scones - there was a variety of 8, and they bagged up what we didn't eat to take home. 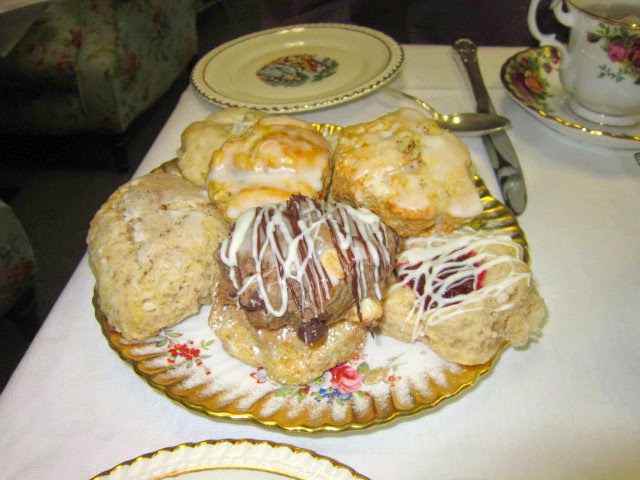 As I mentioned in my previous post, scones are Jennifer's specialty.  She bakes them by the hundreds in a bakery next door to the tea room called Just Delicious Scones and sells them wholesale and retail.  They can be purchased at many local businesses including Nordstrom's, Hiller's and Hollywood Markets, and upscale fresh produce markets such as Vince & Joe's, Nino Salvaggio's and Randazzo's.

Prince William and Kate Middleton's wedding in April 2011 was her inspiration to make 'royal scones' and serve them as a treat in a 'royal tea room.'

Jennifer's scones are Scottish-style, which means they're a little more cake-like. They're delicious with a cup of hot tea! 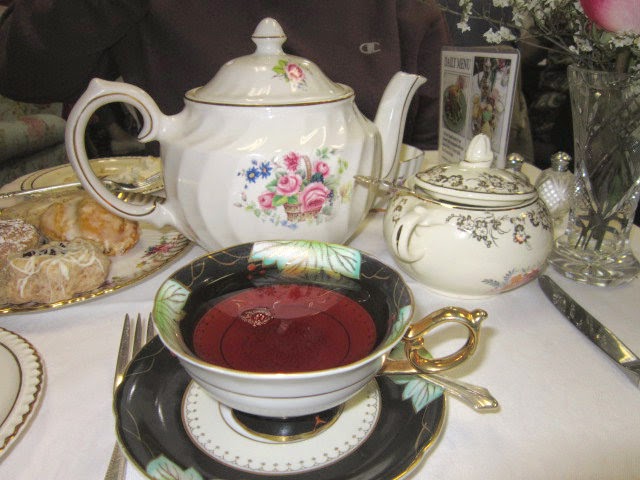 There's fresh flowers on every table, and a bell to ring when service is needed. 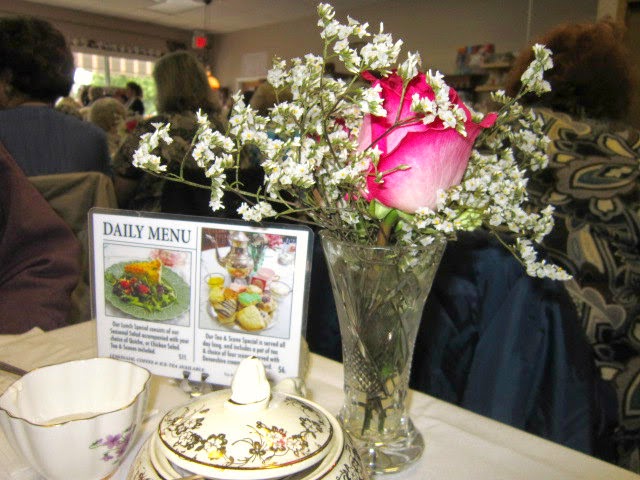 A plate of scones precedes the lunch entree, which is either their homemade chicken salad, or a slice of quiche and with a green salad.  Both are $11 plus tax and tip.  Tea and scones are just $6.00.

Jerry and I opted for the quiche and salad.  Our choices were Bacon and Mushroom, Broccoli and Cheddar, and  Ham and Cheese.  I chose the Bacon Mushroom and Jerry got the Ham and Cheese. The quiches are made on site, and are absolutely delicious with a light flaky crust.  It's obvious Jennifer has a background in catering. 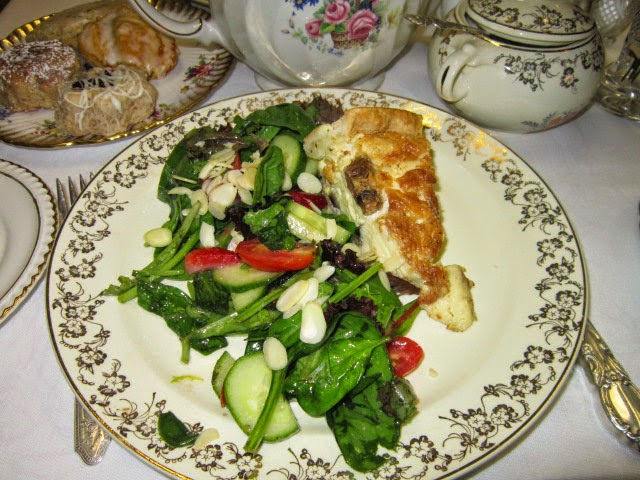 It was a delightful break for both Jerry and me, and he didn't mind a bit that he was the only male patron. 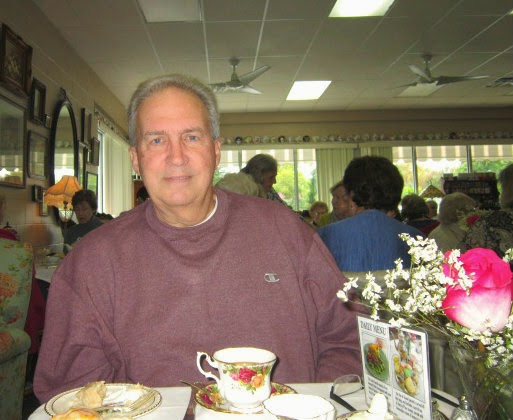 Jennifer's business is a family affair, as her three children often help out at the tea room, and yesterday her husband, Scott, was manning the cash register. Jennifer's tea room and scone business were recently [August 4th, 2014] featured on channel 7, WXYZ Detroit [ABC]. Jen told me originally she only planned on a place to sell her scones, while providing a place where people could sit to eat them and sip tea, but it evolved into a full-scale tea room.

Kudos to Jennifer, and best wishes for continued success!  Jerry and I agreed, we'll be back!

Posted by relevanttealeaf at 9:05 AM