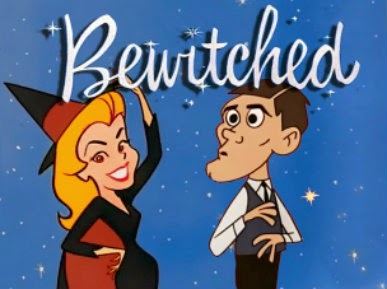 Remember the American television series Bewitched that ran from 1964 - 1972?  The witch, Samantha Stephens, was married to mortal, Darrin Stephens, an advertising executive.

In order to blend with mortals, Samantha had to keep her supernatural powers a secret, as well as her wacky relatives, which was often a challenge.  In the photo below Samantha  is having tea with her mother Endora [Agnes Moorehead] in one of the episodes.  The spout of the teapot is just barely visible at the far right. 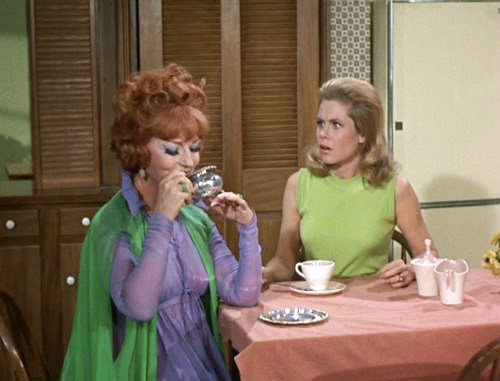 Elizabeth Victoria Montgomery was an American film and television actress best remembered as the star of the ABC sitcom Bewitched TV series. 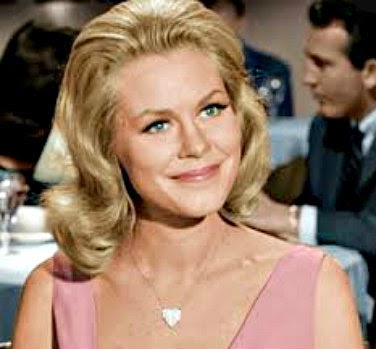 She was born April 15, 1933 in Los Angeles, CA, and died May 18, 1995 in Beverly Hills, CA at 62 years of age from colorectal cancer just eight weeks after being diagnosed with the disease.

The show added to the increasing popularity of the name Samantha.  While the name was relatively rare until 1958, it has remained consistently popular since 1965 mainly due to Montgomery's character.

I have a daughter-in-law named, Samantha, and she has certainly worked her magic in our hearts.

I don't believe in the practice of witchcraft, but it would be nice if a cup of hot tea appeared on my computer desk right now at the twitch of my nose.  Since that's not going to happen, I'm off to the kitchen to prepare it the mortal way.   Happy Halloween to those who celebrate it!

Posted by relevanttealeaf at 9:47 AM