My hubby brought our artificial, pre-lit Christmas tree up from the basement last Thursday, and I finally made time to decorate it last night.
-Before- 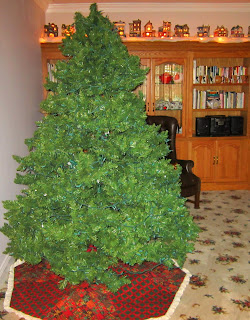 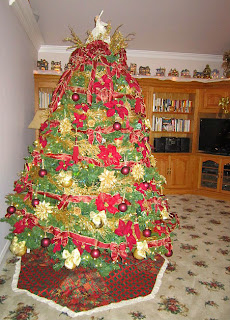 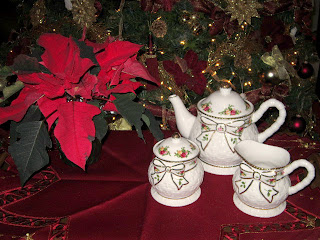 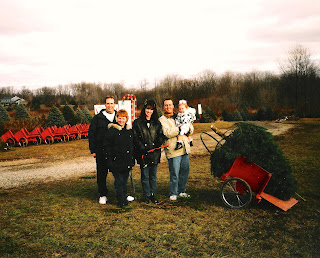 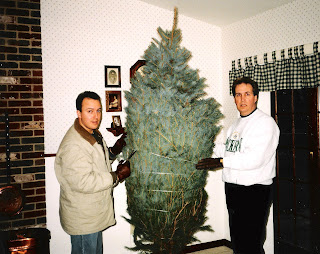 [Steve & Jerry setting up the tree]

It was beautifully shaped. 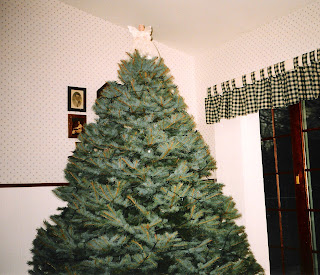 The Christmas Carol, O Christmas Tree, is a traditional German Carol, known as "O Tannenbaum."  The author of the lyrics as well as the composer are unknown.  The tradition of bringing a tree inside and decorating it is immortalized in this carol.

The tree we chopped was quite a contrast to the photo below of my hubby's  and my first Christmas after we were married.  We were in the military, stationed in Oklahoma, and were planning on coming home to Michigan for the holidays.  Just before Christmas, Jerry's leave was canceled and this was the only Christmas tree left on the lot.  Isn't it scrawny?  Probably took me all of a half hour [or less] to decorate, but it was better than nothing.  And look how dressed up we got just to stay home on Christmas Day.  How times change!  ;-) 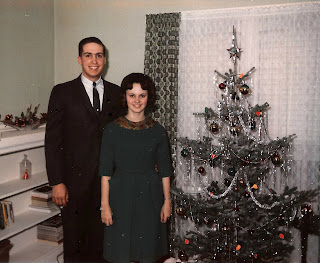 Below is a photo of my dad and me taken when I was in the 10th grade.  We had just finished decorating our Christmas tree.  My dad loved large Christmas trees that always seemed to take up half of the living room.   It looks so sparsely decorated now, but at the time we thought it was beautiful! ;-) 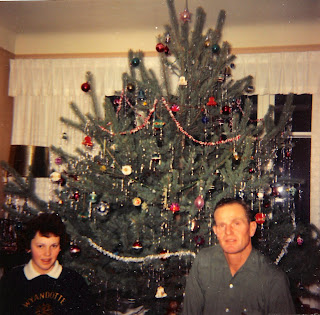 As a side note:  O Tannenbaum's traditional melody  has also found use in non-Christmas songs.  Michigan [and three other states] have borrowed the melody for their state song.  Winifred Lee Brent Lyster of Detroit, wrote the original lyrics of "Michigan, My Michigan" in 1862.
Posted by relevanttealeaf at 10:35 PM