As I type this post, my oldest son, Steve, and his wife, Sharon, are on an airplane bound for New York City to celebrate their 20th Wedding Anniversary.  Two things planned for today are the renewal of their vows to each other in an old church, and a carriage ride in Central Park.  They both love New York City, and will stay there to watch the crystal ball drop in Time's Square on New Year's Eve, and then return home a few days later.   This  special trip has been in the making since April.
I well remember their wedding 20 years ago, in Lansing, Michigan.   They picked the week of Christmas to get married because Steve was teaching high school in Texas, and was home for Christmas vacation.   Their Christmas [December 26th] wedding was beautiful! 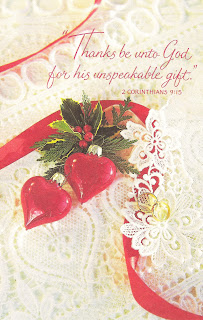 Sharon's mother is from Scotland, so the pre-nuptial music was played by a bagpiper. 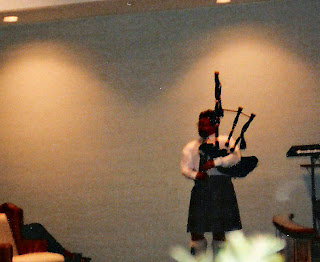 The Wedding Party in the photo below.  It goes without saying that Sharon was beautiful, and her attendants were beautiful too in their dark green velvet and taffeta gowns. 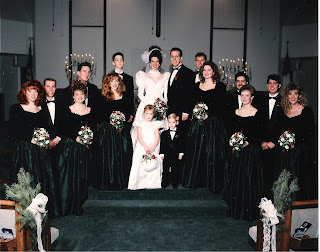 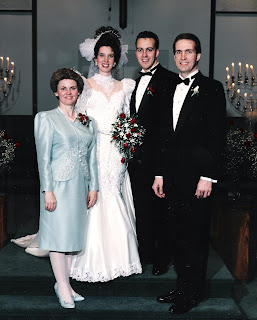 A Family Photo
What a difference 20 years makes!  Our grandson, Brandon, was the ring bearer,  son, Jeremy, was a groomsman, and daughter, Lori, was a bridesmaid and soloist.  Steve also sang to his bride, "I Will Be Here." 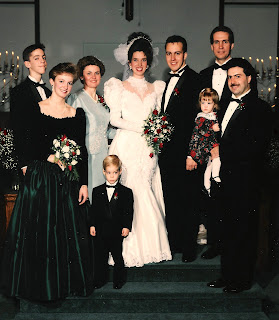 Steve & Sharon at their reception held at the Michigan State University Union Ballroom. 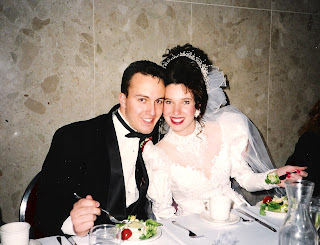 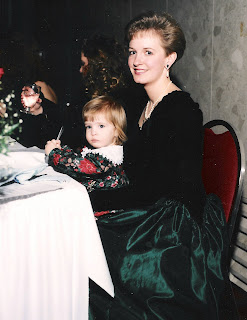 Sharon's uncle, aunt, and cousin came from Scotland for the wedding.  Her uncle and cousin were ushers, and wore their Scottish Tartan Kilts. 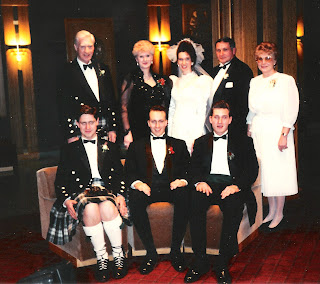 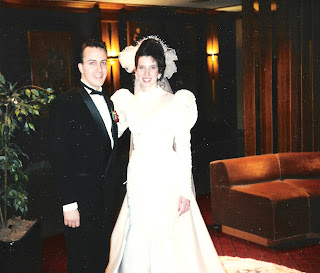 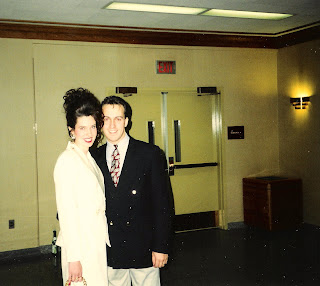 Happy Anniversary Steve & Sharon.  Have a great time in the Big Apple!   And thanks for the two beautiful granddaughters you gave us!  ;-)

P.S.  Steve wrote the following message on his Facebook page three hours ago that I just had to add to my post:  "Well, she didn't think I'd do it!!! Double dog dared me, in fact. So, upon touch down at LaGuardia, I announced in a loud voice to the ENTIRE plane that 20 years ago today I married this amazing woman sitting next to me. They applauded wildly! Love you baby!!! Big Apple, here we come... Renewing wedding vows (that we've rewritten) tonight at either St. John the Divine Church or St. Patrick's Cathedral."
*  *  *
Steve asked for a list of places to have tea in NYC, so I'll be sure to let you know if they make it to any of them.   The list I gave him included:
Lady Mendl's in Union Square
Alice's Tea Cup [three locations]
Tea & Sympathy in West Village
Russian Tea Room [Midtown]
Palm Court, Plaza Hotel [Central Park]
I would LOVE to go on a NYC Tea Tour.  Any readers out there up for coordinating one?
﻿
Posted by relevanttealeaf at 11:53 AM