Since yesterday's post was about Russian Tsars and the country's cuisine, it seemed a natural sequence to write about the Nutcracker Tea I hosted for two of my girlfriends a few December's ago.
The two-act Nutcracker ballet was choreographed by Marius Petipa and Lev Ivanov, with the
music score composed by Pyotr Ilyich Tchaikovsky.  The text was adapted from E.T.A. Hoffmann's "The Nutcracker and the Mouse King."   It premiered at the Imperial Mariinsky Theatre in St. Petersburg, Russia, on Dec. 18th, 1892.  Though not a success initially, it has become enormously popular since the late 1960's, and is now performed by countless ballet companies in the United States, especially at Christmas.
Below is a musical nutcracker which I used as an off-center table decoration to help carry out the theme. 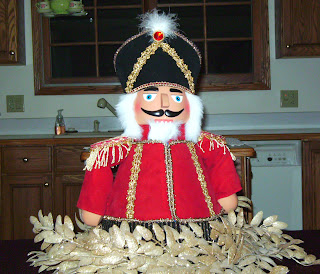 At the touch of a  button, the nutcracker's  jacket opens to reveal a ballerina, Clara, Herr Drosselmeyer, a Toy Soldier, and the Mouse King, while the music to the Nutcracker ballet plays. 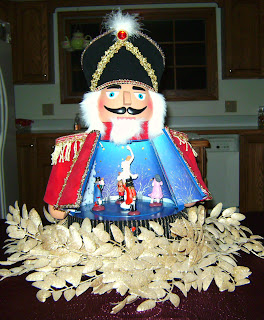 The Nutcracker placemats, placecard holders, spreaders, and luncheon plates all came from Lillian Vernon catalog.  I put them on my Christmas wish list that year [since the tea was held just after Christmas] and my son and daughter-in-law gifted me with them.  They also gave me the Nutcracker teapot which came from the Teapot Shoppe [online]. 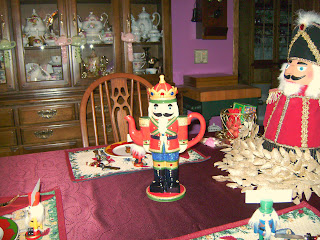 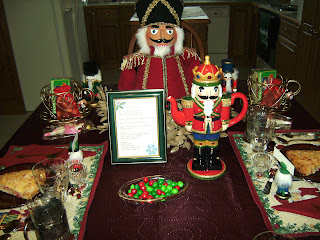 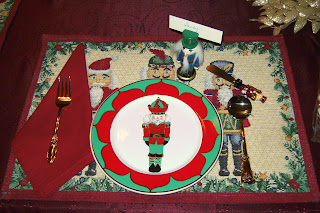 The Russian tea glasses and pewter holders [podstakanniki] were an anniversary present from my husband when we visited Niagara-on-the-Lake, Canada.  Vintage salt cellars were used to hold red raspberry jam at each place setting so guests could sweeten their tea with it if they wanted to, as the Russians sometimes do.

As for the tea... I ordered Czar Nikolas II Russian black loose tea. 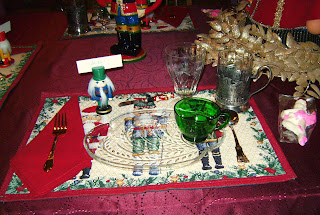 Scones were a basic Land O' Lakes recipe to which I added Andes Peppermint Crunch baking chips, and they were served with "peppermint cream" [whipping cream, cream cheese, peppermint extract and a drop of red food coloring]. 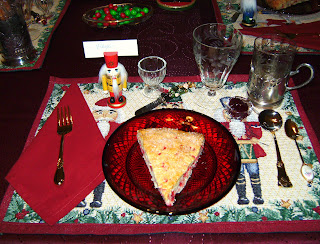 Guest favors were a bag a mixed nuts, and a box of Celestial Seasonings Nutcracker Tea nestled inside of a decorative wire cup, a Nutcracker, and a molded white chocolate ballerina. 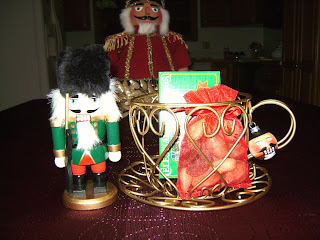 The molded white chocolate ballerina was placed inside a cellophane bag. 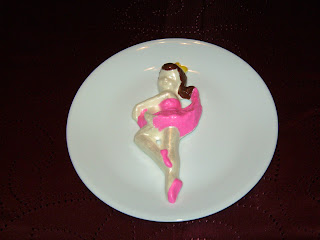 The soup was a delicious Russian Mushroom and Potato, and the salad was mixed baby greens with Bartlett pear halves, sugared walnuts, dried raspberries, and raspberry vinaigrette dressing. 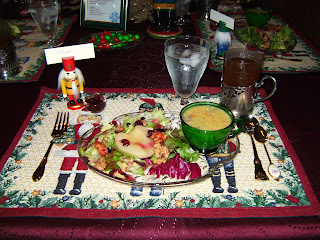 Savories were: "Clara's Christmas Tree Sandwich" since the Nutcracker story begins around a Christmas tree.  I used Wilton edible food spray to make the bread [tree] green and filled it with a ground honey glazed ham spread.  The story takes place in a German home so I used smoky link sausages to symbolize bratwurst, and wrapped them in crescent rolls and called them "Fritz's Smoky Links in Pastry."  The third savory was a miniature Reuben sandwich.  I read one account that stated Arnold Reuben, a German immigrant to New York City, was the originator of the sandwich, so that provided something German as well.  I used Russian dressing instead of Thousand Island on the sandwich. 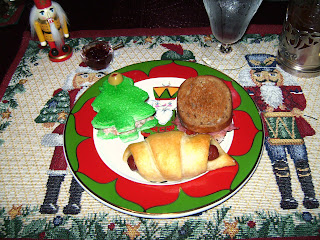 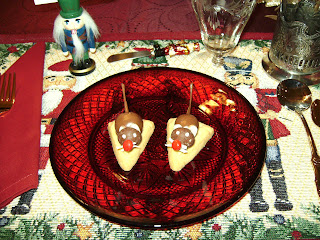 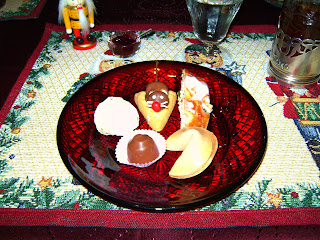 The last picture is my two friends who attended and me. 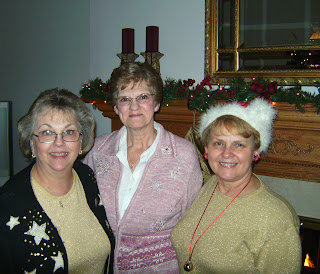 Posted by relevanttealeaf at 12:30 AM