I first heard Bruce Richardson speak in 2002 at the American Tea Society Conference, and again in 2005 at the Mid-Atlantic Tea Business Association's first annual meeting.
He and his wife, Shelley, opened one of America's well-known tea houses in 1990, called Elmwood Inn, in historic Perryville, Kentucky.  We stopped for Afternoon Tea on one of our trips south, but it wasn't open that day, so we drove across the Chaplin River and visited their retail shop on Merchant's Row instead.

Tea rooms on my "bucket list" often close before I've had a chance to visit, so when I heard Elmwood Inn was closing its doors on July 31, 2004, my hubby and I made a trip to Perryville.  It was a delightful visit. 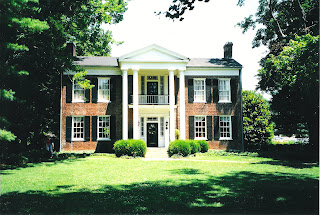 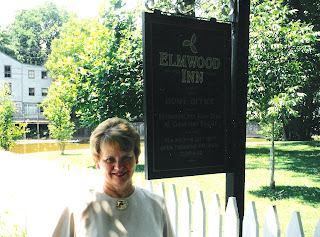 A harpist plays during tea time. 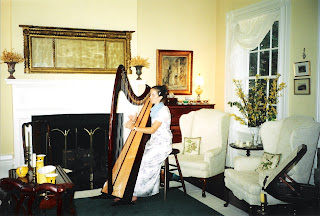 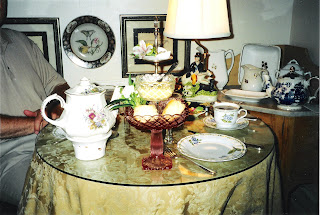 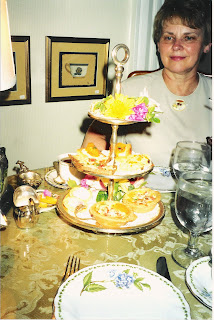 Jerry [hubby] and Me 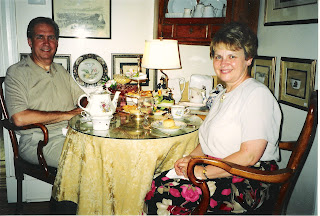 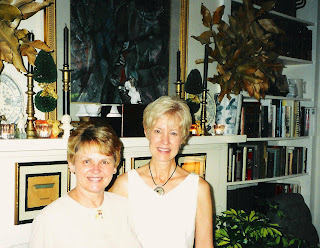 Even though Elmwood Inn has closed, Bruce and Shelley haven't retired.  They still host Tea 101 seminars for budding tea entrepreneurs on the Art of Opening a Tea Business, as well as a seminar on Tea and Etiquette.
They also import, blend, and package specialty teas under the name of Elmwood Inn Fine Teas.   They are presently located in Danville, Kentucky where they have a tea shop for retail and wholesale customers.  I hope to visit their shop someday.
Bruce and Shelley travel the country speaking about tea, and they have written and published several books by Benjamin Press, a division of Elmwood Inn Fine Teas.  I don't have all their books, but I have several.
Elmwood Inn Cookbooks. 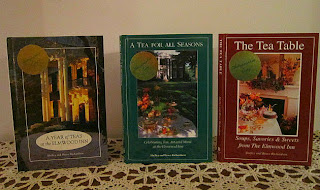 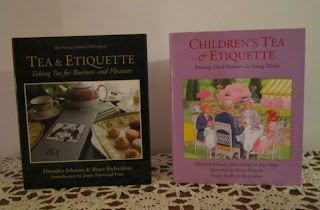 And their fabulous guide to Tea Rooms in the United States. 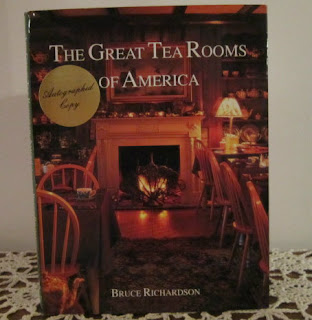 I will always be grateful to Bruce for steering me away from the habit of adding sugar to tea without tasting it first.  We were privileged to sit with Bruce and Shelley at the Mid-Atlantic Tea Business Association dinner, and Bruce commented about the error many people make of adding sugar to tea before tasting it.  He pointed out that sugar masks the true flavor of tea, and it's impossible to know whether a tea requires sweetening without tasting it first.   Thanks to Bruce, I rarely use sugar in my tea anymore.

Bruce has a very good blog that you might like to read.  It's called The Tea Maestro.

Posted by relevanttealeaf at 11:53 AM