My friend, Linda P. [who is going on the upcoming Southern Belle Tea Tour] recently gave me a book titled, A Southern Belle Primer, published in 1991.  I've had great fun reading it. 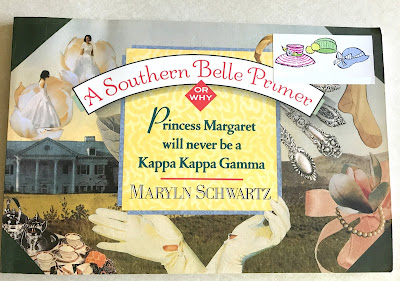 Most people consider a Southern Belle as one who lived during the Antebellum time period of 1812 through 1861, just before the Civil War.  It conjures up an image of a young, unmarried, beautiful woman belonging to the upper class southern plantation-owning society, such as Scarlett O'Hara in Gone With the Wind. 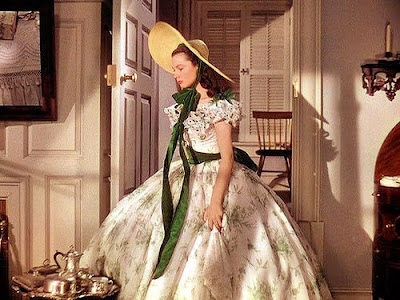 The word belle is French and means beautiful.  A Southern Belle was expected to marry a respectable young man and become a lady of society dedicated to family and community. She was characterized by Southern hospitality, cultivated beauty, and a flirtatious, yet innocent demeanor, such as Melanie Hamilton Wilkes in Gone With the Wind. 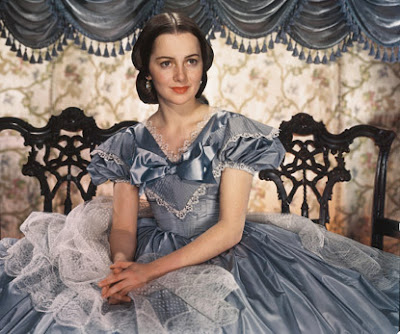 We will be visiting the Gone With the Wind museum in Marietta, Georgia on our tea tour. 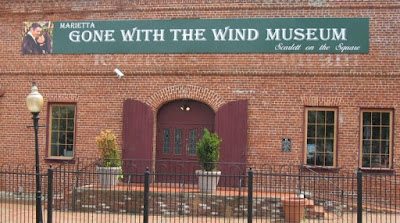 Today's 21st century dictionary defines a Southern Belle as a beautiful charming woman from the Southern United States, but another source says a Southern Belle is not geography, rather mentality - a core of strength, intelligence and wit, combined with charm, beauty and style.

The Primer stated there is no crash course that teaches one how to be a Southern Belle.  It isn't obtained by reading and learning the rules of Amy Vanderbilt.  Rather it's taught from birth by mothers, aunts, and grandmothers, and is passed from generation to generation.

Lynda Bird Johnson [President L.B.J.'s daughter] wore a pair of nylon gloves to a New Orleans Mardi Gras ball, and never lived it down - tradition said her gloves should have been kid!  Guess Lady Bird slipped up, or Lynda wasn't paying attention the day that lesson was given.  ;-) 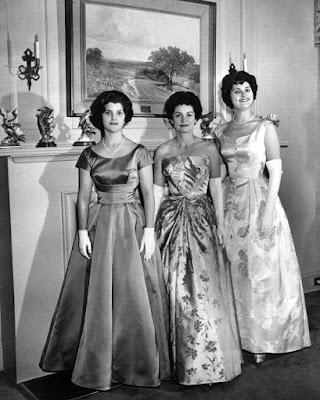 When Princess Margaret of Great Britain visited Dallas in 1985 she raised eyebrows by arriving at the Dallas home of the president of Neiman-Marcus - which was filled with a crowd of local belles - an hour late.  Not only that, she arrived wearing pink chiffon in the middle of the afternoon.  That might have been overlooked if her shoes had not been a different shade of pink.  But what really caused the talk was when she began walking around the room puffing on a cigarette.  Any good Southern Belle knows that walking around with a lighted cigarette is a no-no.  She may have been the sister of the Queen of England, the relative of the last Czar of Russia, and may even have had a closet full of diamond tiaras,  but the Southern Belles in that room knew without a doubt that she'd never make a sorority at the University of Texas.  [Which explains the subtitle on the cover of the Primer.] 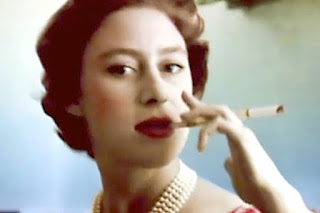 The author said some people say Southern Belle's are becoming a thing of the past because the South is becoming as homogenized as the rest of the country, but don't believe it!  You can walk into almost any city in the United States and find a McDonald's, but you won't find a McBelle, because  Southern women pride themselves in being unique.

We'll be passing the time on the van with this fun book.  It contains the ten golden rules of a Southern Belle, which are a hoot.  Rule #4 - It doesn't matter if you marry a man who doesn't know the difference between a shrimp fork and a pickle fork; you can always teach him.  Just make sure he can afford to buy you both! Rule #6  Never marry a man whose mother and grandmother owned silver plate instead of real silver.  He's not used to quality and he'll try to cheat you on the divorce settlement!  And a Southern Belle never puts dark meat in her chicken salad!

Author of the Primer, Maryln Schwartz, is a Southern Belle living in Dallas, Texas. She refers to her book as a rollicking guide to survival in a society that has not gone with the wind. She says being a Southern Belle is a cradle-to-grave commitment.

Our group of 10 are hoping to be 'honorary' Southern Belles for the eight days we'll be touring Chattanooga, Charleston and Savannah, and praying hurricane Irma stays away from the coastline. Harvey did enough damage for the 2017 hurricane season.

Posted by relevanttealeaf at 9:27 PM