Last Saturday [Sept. 2nd] my hubby and I attended my 52nd high school reunion.  Since we're reaching the age where some might not make the five year interval between reunions, an annual mini-reunion was started last year.  Though not as heavily attended as the major one, it gives classmates a chance to connect more frequently.  Many still live 'downriver' - the cities south of Detroit on or near the Detroit River.  I grew up in Wyandotte, named after Native Wyandot Indians, and that's where our high school [Theodore Roosevelt - or RHS as we called it] is located.  It was built in 1923 and continues to turn out graduates.  It still looks pretty good for 94 years old.  I met my hubby in 10th grade there, but his family moved shortly afterwards so he graduated from a different high school. 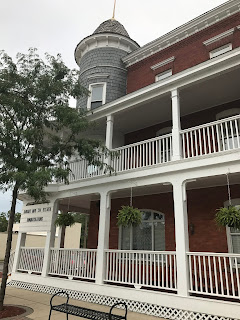 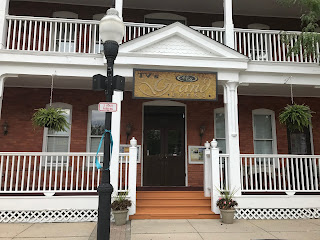 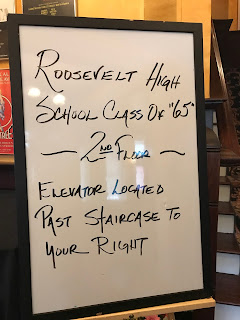 If I were to give this post a subtitle it would be 'forever friends'.  I met my girlfriend, Elaine, in elementary school, and we lived one street away from each other.  We did many things together throughout Jr. High and High School, and we've kept in touch throughout adulthood.  For a time she lived in Texas and Florida, but now she's back in Michigan.

I found a photo of us taken on Christmas Day 1960 when we were 13-year-old Jr. High students. Elaine's on the right, and I'm on the left.  A 52nd high school reunion was the farthest thing from our minds in 1960!  The outdoor scene through the picture window reveals it was a 'White Christmas', and a wing of our elementary school is visible in the background.  Life was simple and carefree in those days. 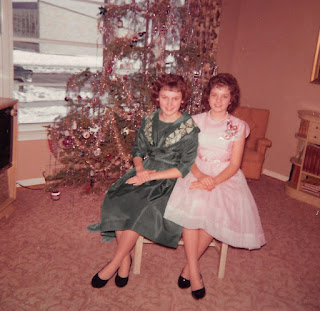 Below are our high school graduation pictures. 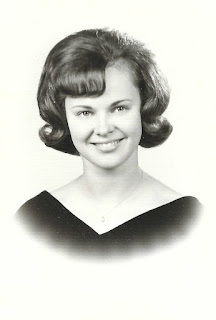 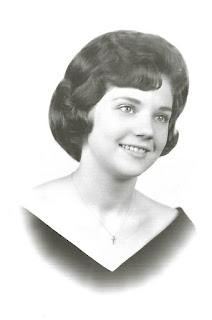 Elaine was a bridesmaid in my wedding. 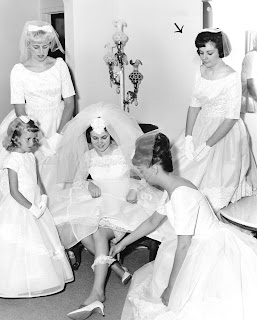 She and her husband, Dan, were at our 50th Wedding Anniversary party [2016] just two weeks after her total knee replacement surgery.  Amazing! 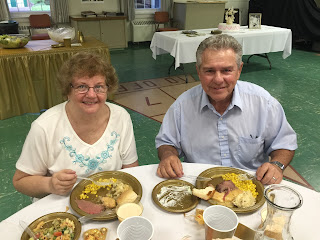 52 years after graduation our appearance has changed, but not our friendship.  I told Elaine at the reunion sometimes I look in the mirror and ask myself, "Who is that lady?"  But I'm on the top side of the soil and that's what counts.  ;-) 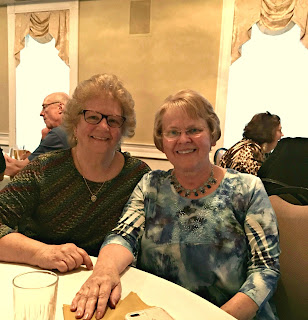 Reunions always find me searching through my yearbook when I get home, trying to figure out who was who since there were no name tags.  Faces looked familiar, but some names were elusive. 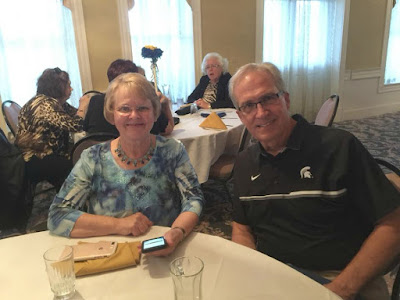 Below is Jerry with Dan.  I went to elementary school with him too.  He's one of the few who still looks very much like he did in high school, with the exception of his full-head of distinguished, salt and pepper hair.  Mother Nature likes him!  ;-) 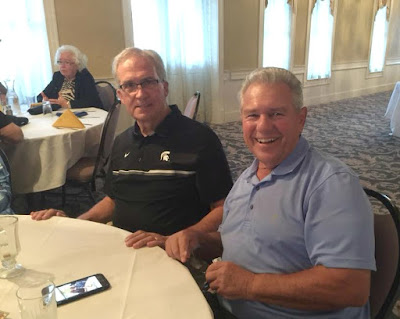 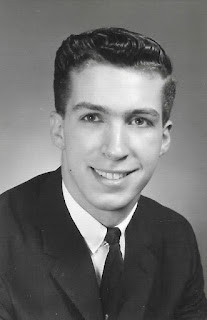 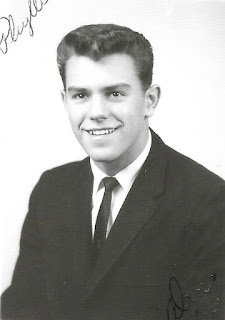 I could have scanned a lot more photos from times past, but this is enough nostalgia for one post.   As the saying goes, "Friends are the family you choose." 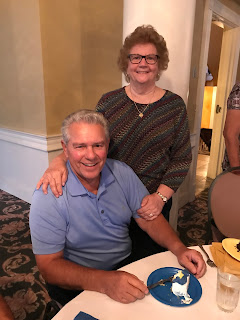 It was a fun night, and I thank God for health to be able to attend and enjoy the reunions. Do you still attend your school reunions?

Wishing you and yours a Happy Labor Day!  Nothing special is happening at my house today beyond grilling later this afternoon - country ribs and corn-on-the cob, yum! 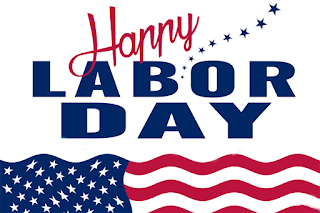