Despite snow and frigid temperatures, my girlfriend and I set out for Sylvania, Ohio last Friday morning [Jan. 9th].  What should have been a 42 minute drive, turned out to be over two hours due to an overturned semi-truck on the Interstate.  We were more than happy to relax over a cup of tea by the time we arrived at Sweet Shalom!

A silver tea service on the fireplace mantle set the stage for an elegant Downton Abbey tea. 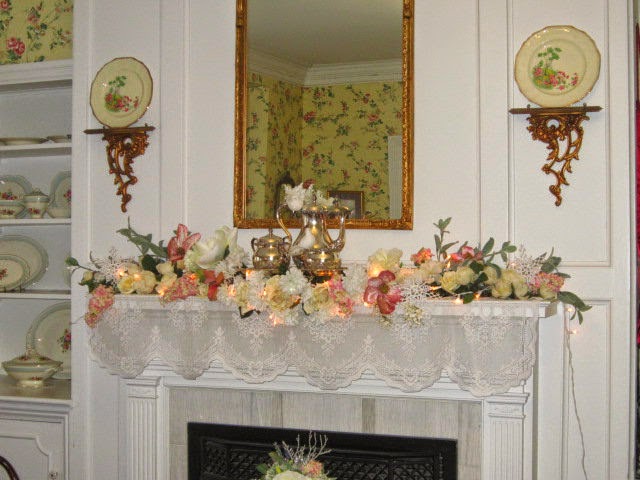 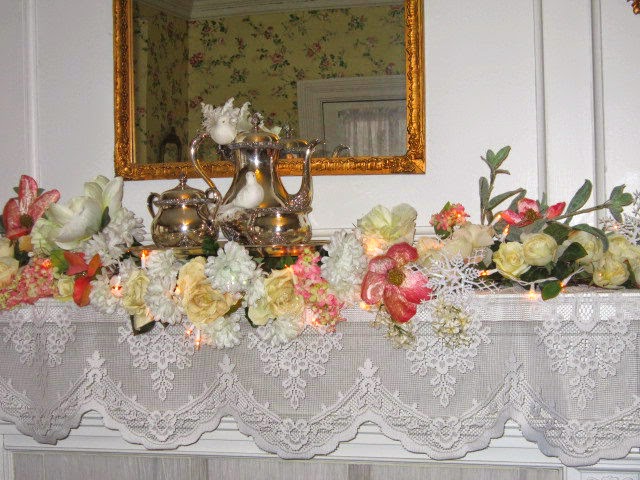 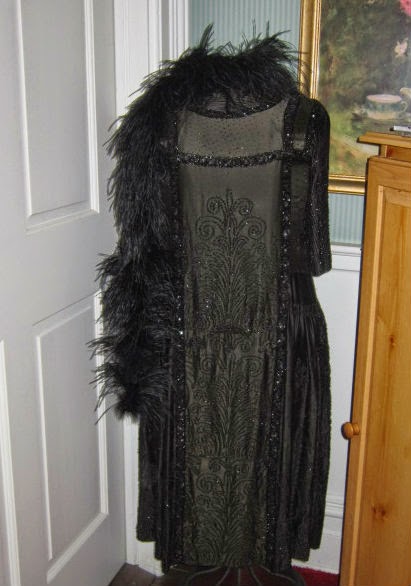 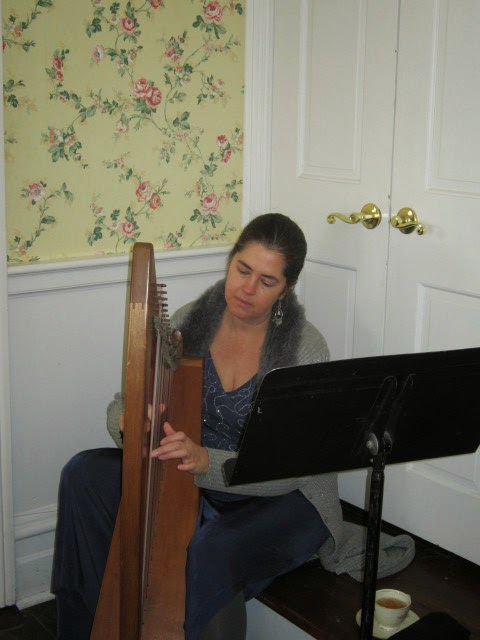 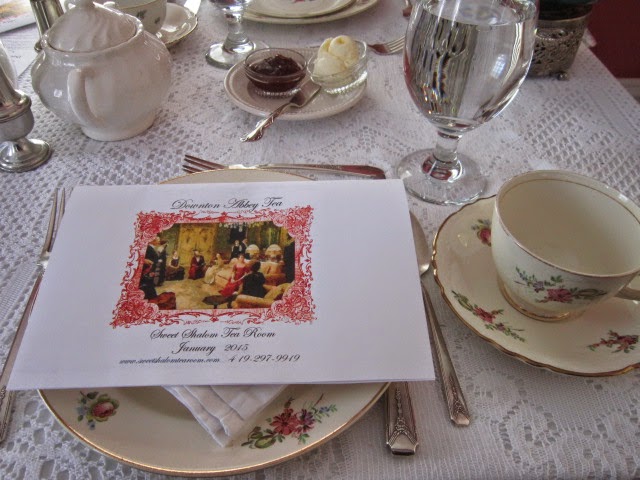 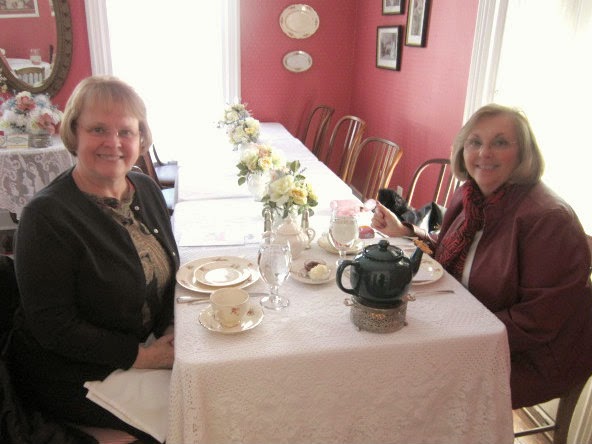 ~ We began with Kensington Palace Scones ~ 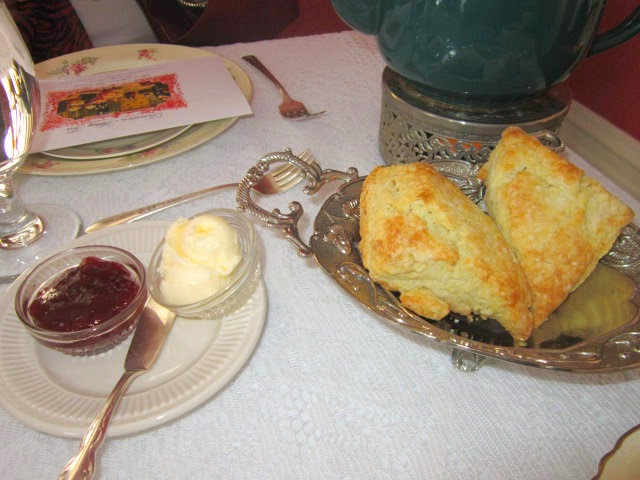 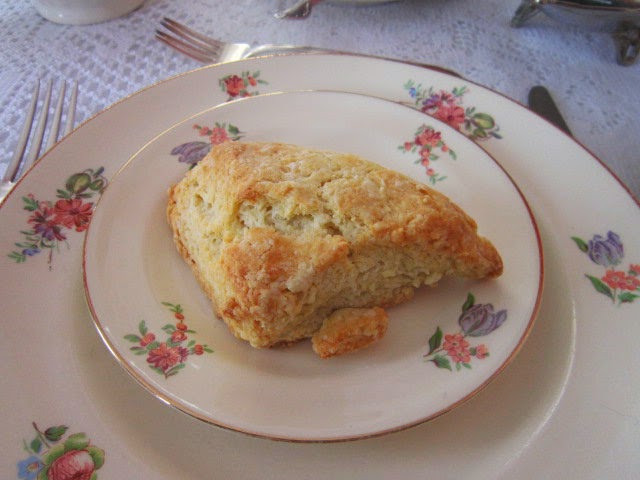 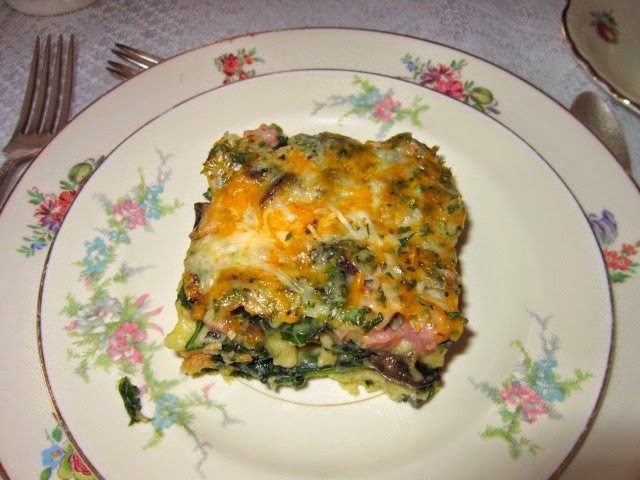 ~ Next came the tired server with Savories and Desserts ~ 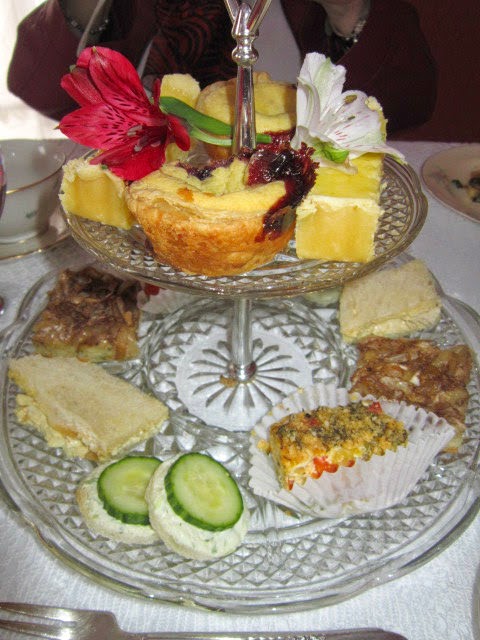 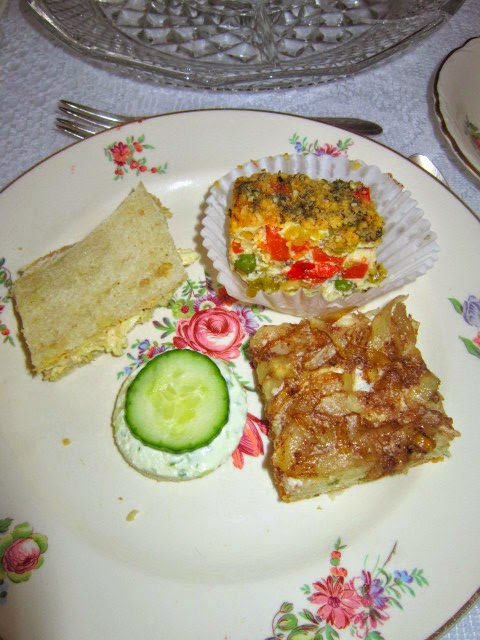 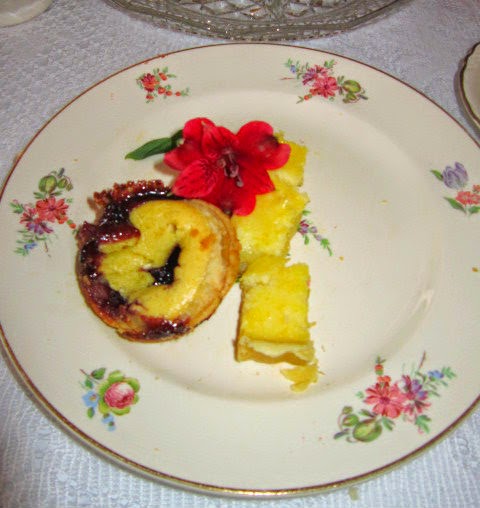 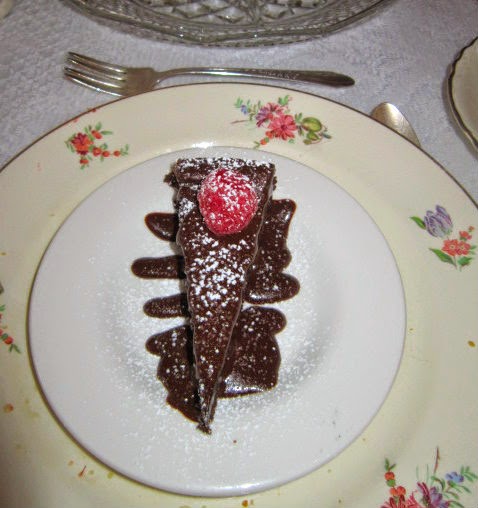 There was a Downton Abbey trivia quiz of 20 questions. 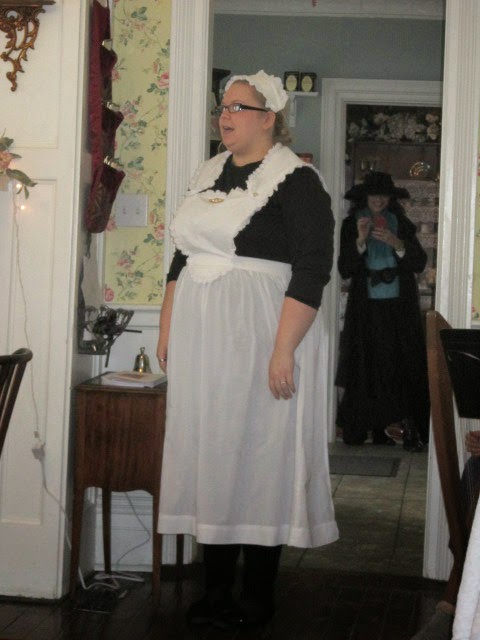 Everyone who got at least six answers correct received a teabag in a pretty little envelope. 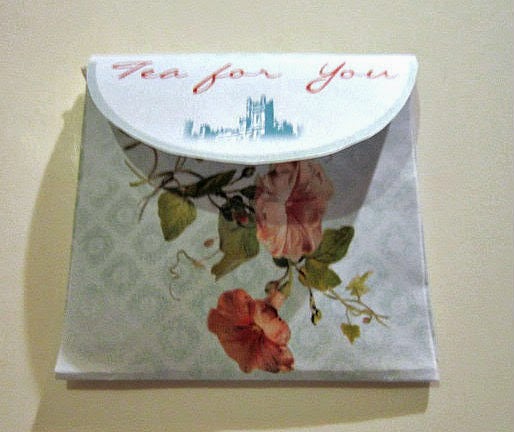 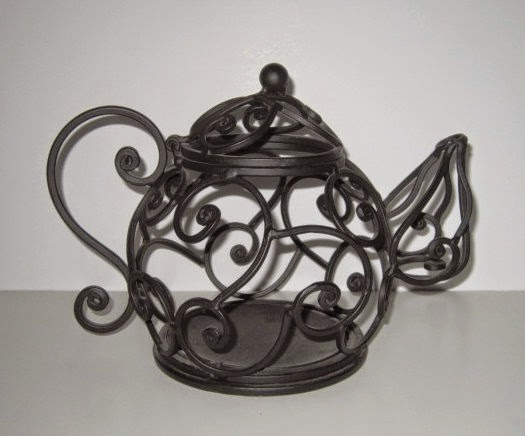 It was a fun way for Sandy and I to spend an afternoon together in spite of the weather.