A week ago [New Year's Day] my hubby was at our oldest son's house watching Michigan State Spartans play against Baylor at the Cotton Bowl, and our youngest son was at AT & T Stadium in Arlington, TX watching the game in person. 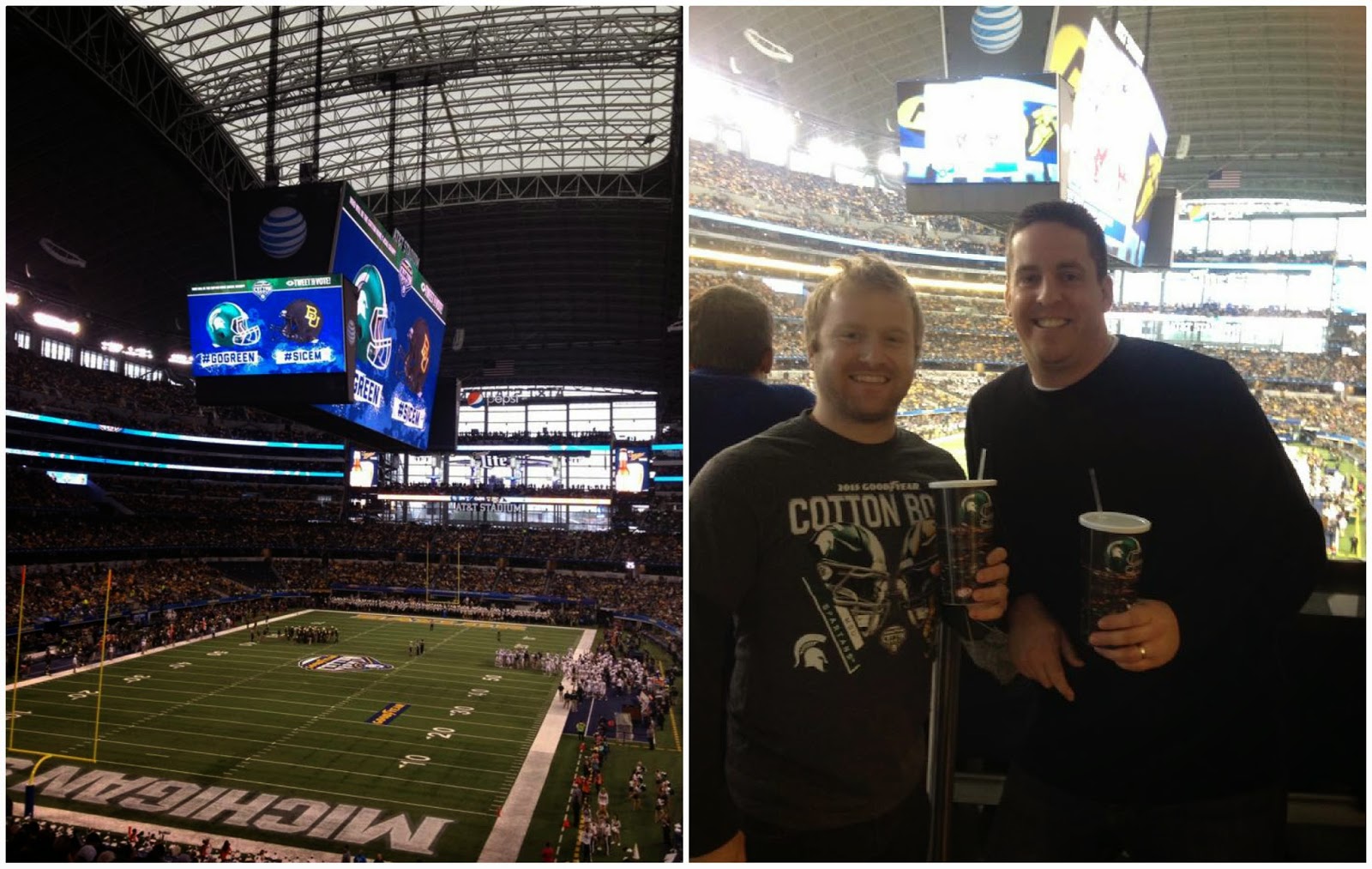 [Jeremy on the right]

My daughter and I wanted Michigan State to win [which they did], but we had a calmer, more relaxing afternoon in mind - watching a girly movie.  Lori brought a selection of DVD's to choose from, and we settled on the 1995 release of Sense and Sensibility starring Emma Thompson as Elinor Dashwood, and Kate Winslet as Marianne. 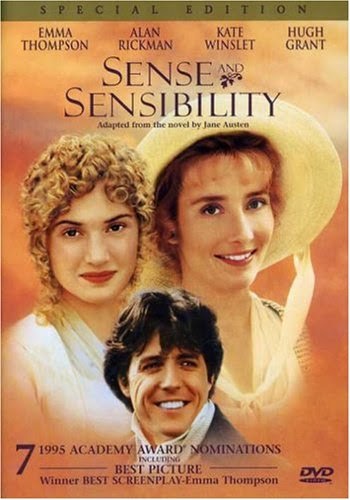 We sipped tea and ate Shepherd's pie while we watched the movie just like the Dashwood women might have done in Jane Austen's first published novel in 1811.  Sense and Sensibility was published under the pseudonym "A Lady".  Jane was about 19 years old, and originally titled the novel Elinor and Marianne. 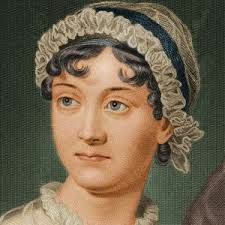 Celebrating Jane with a tea in her honor, Jane's Regency Rose Green Tea, by Steep Show Teas available at Amazon.  It's a Michigan company. 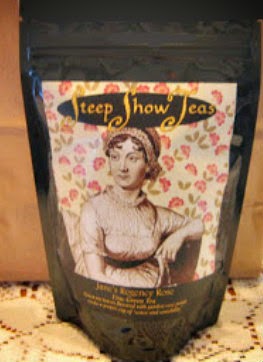