Two Are Better Than One!

I received an e-mail from another friend telling me about a Downton Abbey tea held at another library in [Lake] Orion Township on Monday evening, January 5th.  This event was also free, and was scheduled for 7:00 in the evening. I read the program description, and since it was totally different from the library event held in Farmington Hills on Sunday, I called and reserved a spot.

It was 12 degrees in Michigan on Monday with a chill factor of -7 degrees.  The library was 30 miles away and in an area where I had never driven before, so I almost talked myself out of going as Monday evening approached.  But then I decided if one Downton Abbey tea is good, two would be even better, so I bundled up, and with teacup in hand I headed out the door.  What better way to spend a cold, wintry, January night?

It gets dark so early in the winter months, so by the time I arrived it was pitch-dark. Below is a photo of the library from the parking lot. 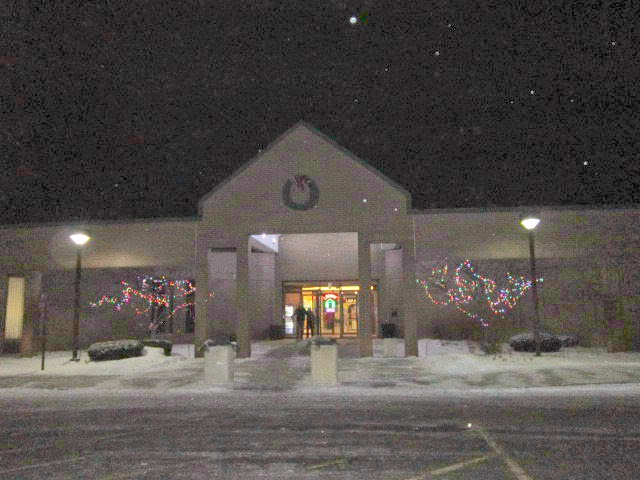 Just inside was a publicity poster about the event. 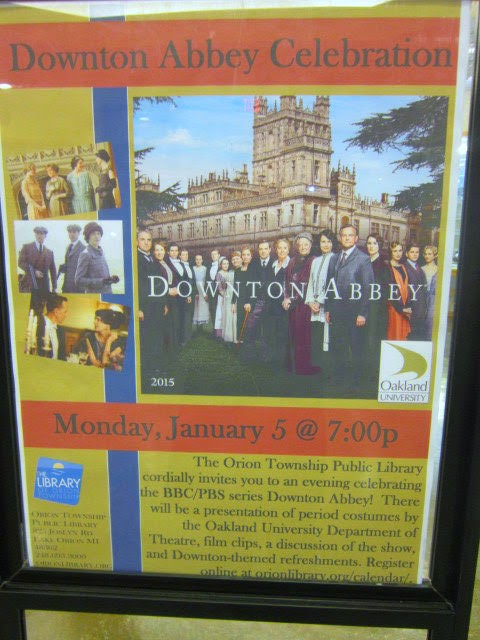 If the library were closer I'd attend their event on January 12th too. 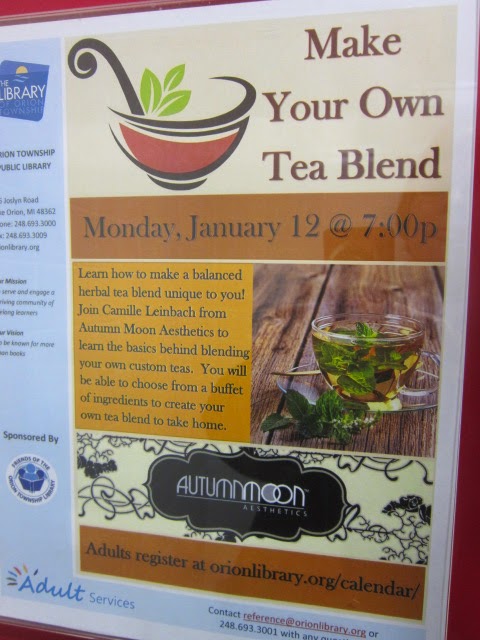 The Downton event was held in a separate room away from student and adult library patrons. An Internet photo of Violet Crawley, the Dowager Countess of Grantham, displayed on the large stage screen, told me it was going to be a fun evening. 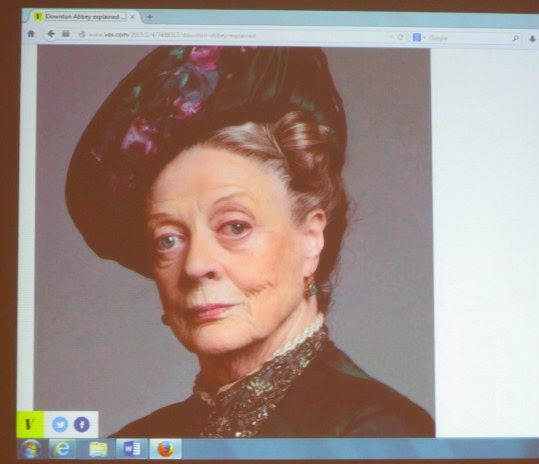 Beth, the librarian in charge of the event, read a brief summary of how Downton Abbey came to be, then we watched snippets from Seasons I-IV. Then it was time for tea and refreshments. 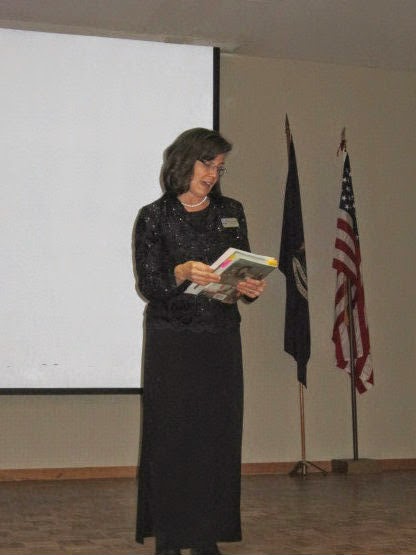 The event was well attended, and I counted six men present.  Who said Downton Abbey is a chick flick?  ;-) 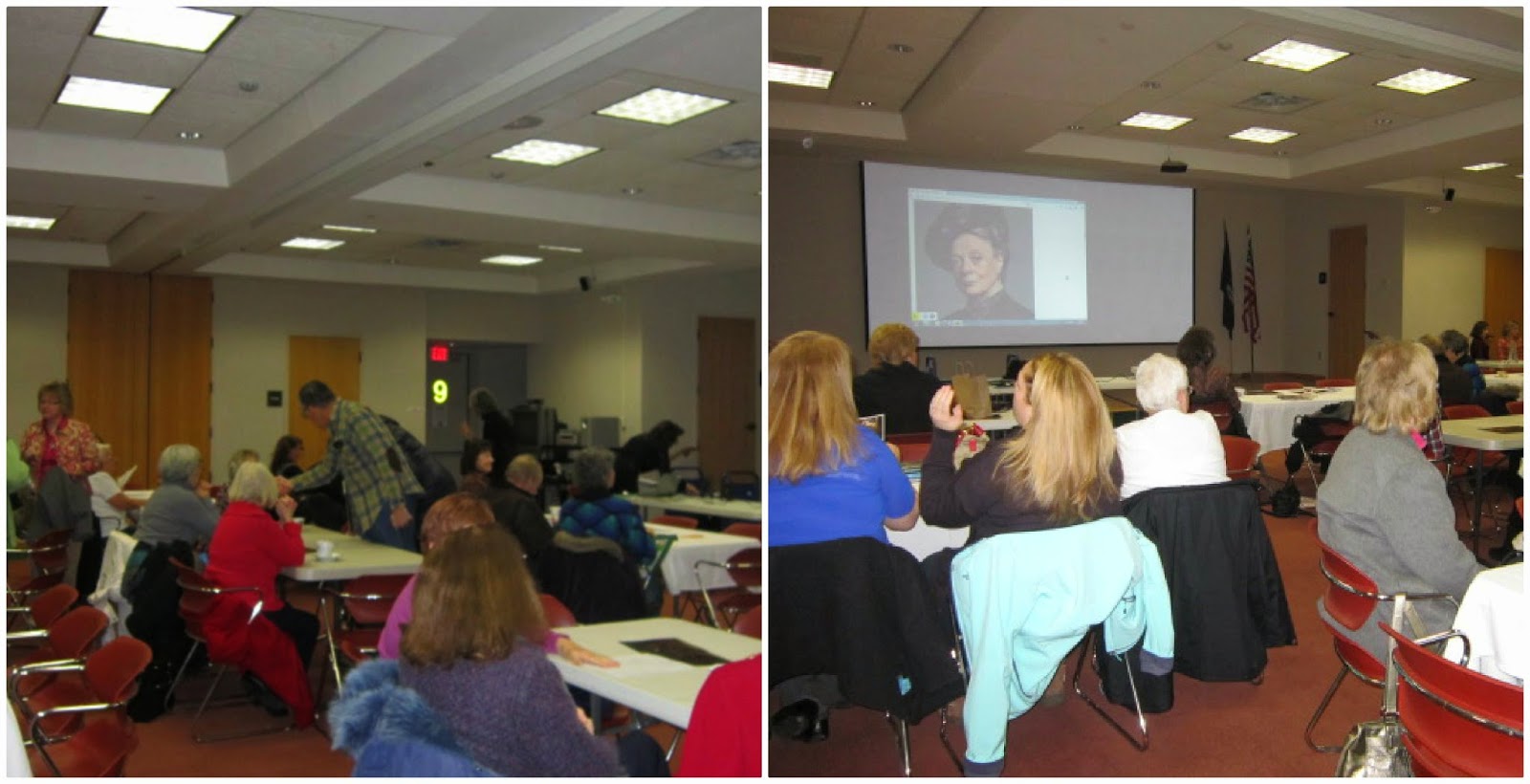 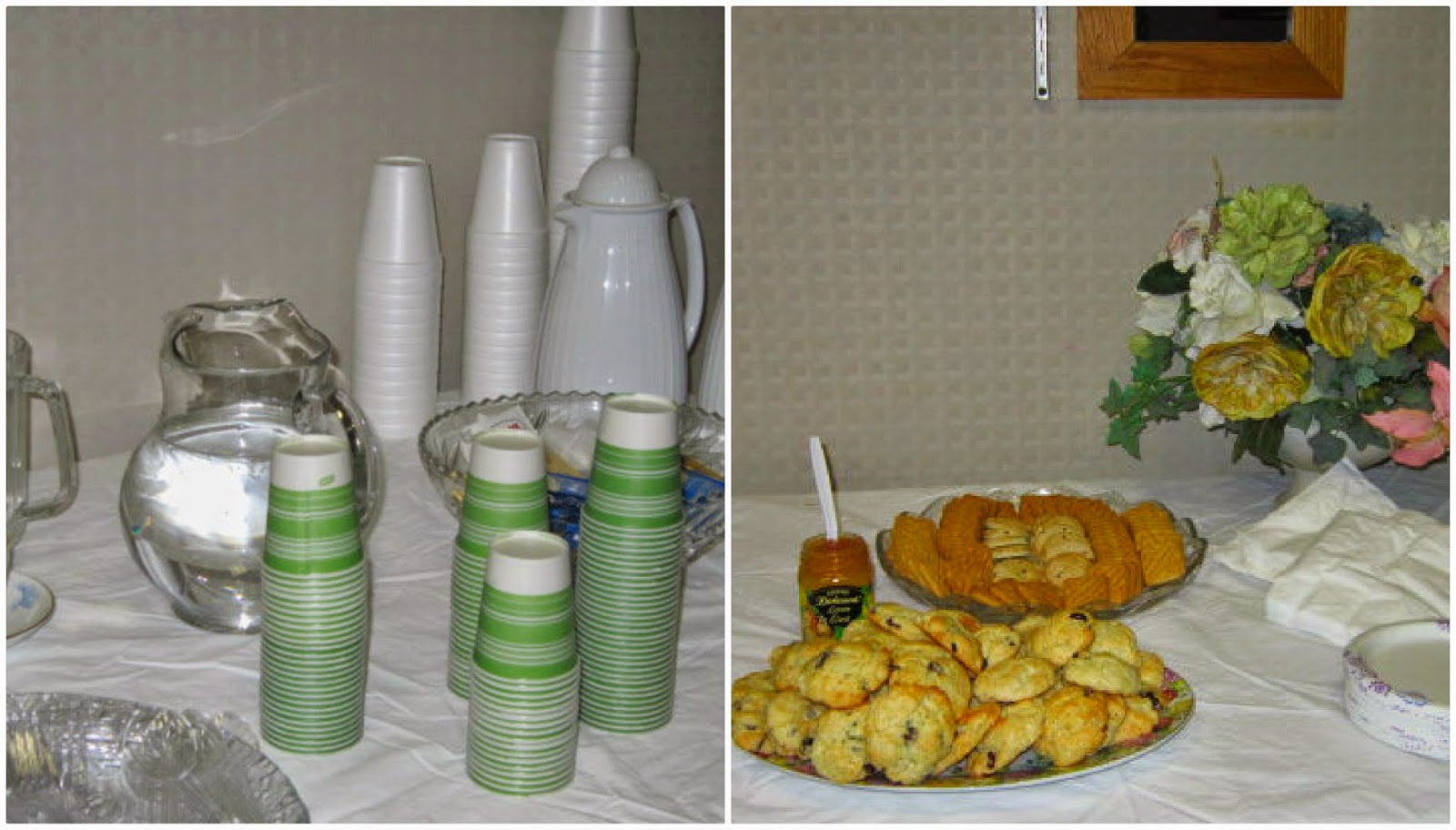 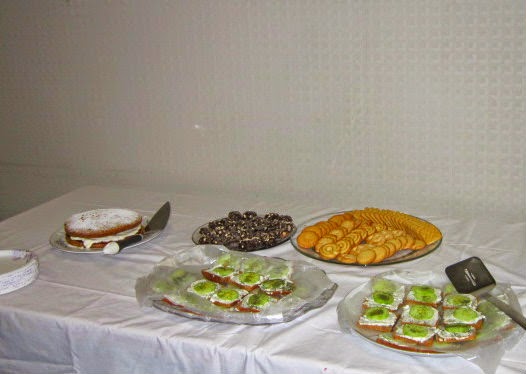 It was an option to bring our own teacup, and I chose Twinings Lady Grey to fill my teacup. The scone and piece of homemade toffee were delicious. 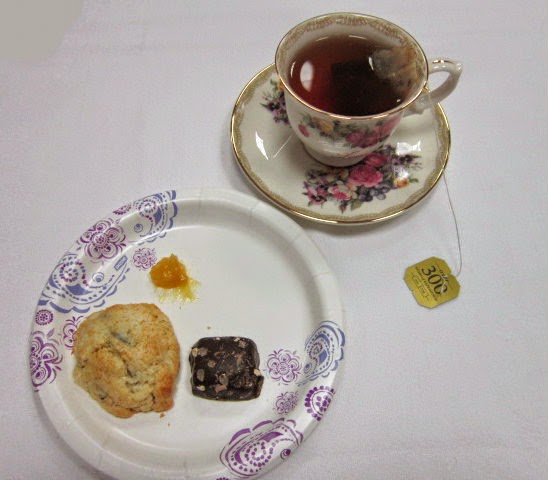 Two students from Oakland University's theatrical department came dressed in period costume. Their real names are Jillian and Emma, but they portrayed Mary and Edith Crawley.  Aren't they pretty? 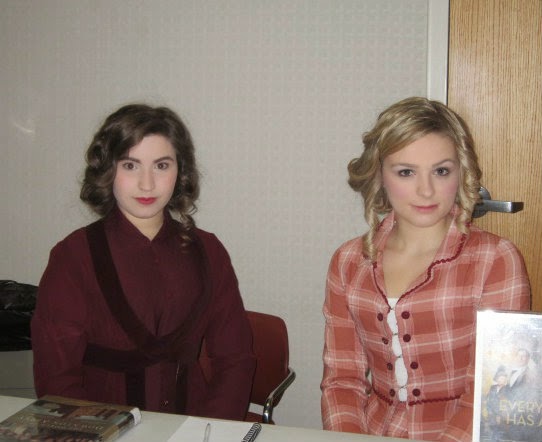 They told us a little bit about ladies' undergarments worn during Downton Abbey times. 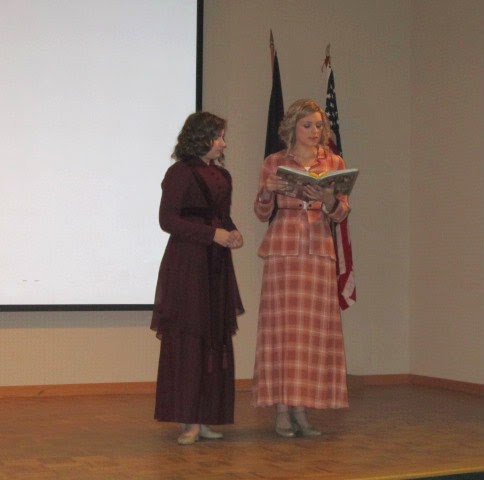 There was a 10 question quiz where a quote was read and we had to write down who said it. Prizes [an ornament of Highclere Castle/Downton Abbey, and a canister of Downton Abbey tea from Republic of Tea] were given to the winners with the highest number of correct answers.  It was a man who took first place!  Unfortunately I only got six quotes right.

A list of five discussion questions were placed on each table, but the time passed so quickly we didn't really get into them.  One of the questions was: Which was your favorite season and why? Season III is my favorite because that's when Mary and Matthew finally got married after a tumultuous on again, off again relationship.  Do you have a favorite season?

A table of books pertaining to Downton Abbey was displayed, and I'll be using my Christmas Barnes & Noble gift card to obtain some.

Has your local library hosted a Downton Abbey tea?