Santa's official arrival at J.L. Hudson's 12th floor "Toyland" created such a fanfare of activity that it swelled into the first Hudson-sponsored Thanksgiving Day parade down Woodward Avenue in 1924. 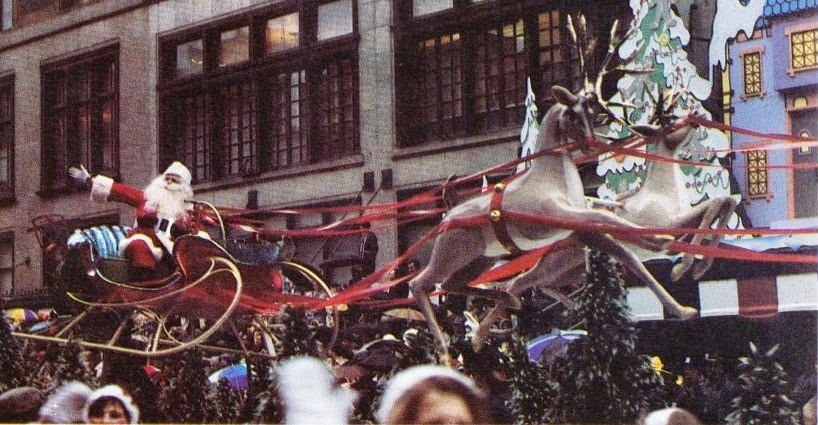 Old Mother Goose was the first float in that parade, pulled by a horse.  The float is still in use today except now it's self-propelled. 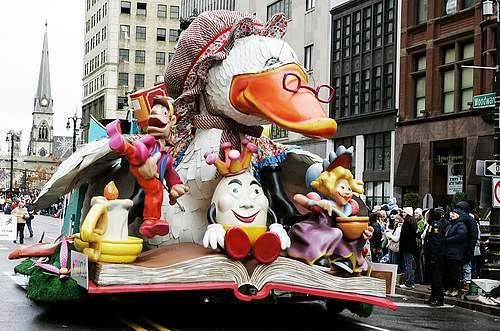 Hudson's turned over the sponsorship of the parade to the Detroit Renaissance Group in 1979, but remained a major contributor until 1982.

My hubby was a participant in the 1963 parade with the Redford High School Marching Band.

June Lockart was one of the parade celebrities in 1964, and I read that a parade worker became annoyed with her when she demanded a cup of hot tea in the midst of the bustling parade preparations.  The worker should have known that tea time trumps all activities!  ;-)

The parade is now called America's Thanksgiving Day Parade, and is sponsored by Art Van Furniture.  I'll be catching televised glimpses of the parade in between dinner preparations today! 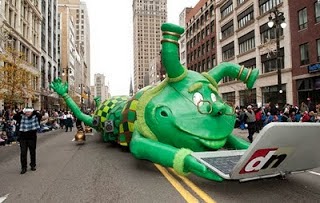 Wishing everyone a Happy Thanksgiving!