Every person has failed at one time or another, and I'm glad the phrase "failure needn't be final" is true.  We just concluded a sermon series at church titled, "Failures: What God Can Do With Our Mess-Ups."

The Bible's pages are filled with people who failed, but were forgiven and restored by God's grace - Moses, David and Paul to name a few.  One of my favorites is Peter.  Even though his intentions were good, he 'messed up' on several occasions. 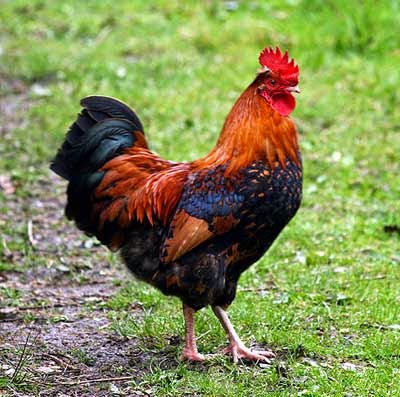 Matthew's Gospel gives the account of Peter's denial of our Lord before His arrest and cruxificion, fulfilling Jesus' prophetic words to Peter, "...before the rooster crows, you will deny [disown] me three times."  After it happened, Peter was filled with remorse and wept bitterly.

He could have become mired in defeat every time he heard a rooster crow after that dreadful night of betrayal. But after Jesus' forgiveness and restoration a negative reaction became a beautiful reminder of second chances and new beginnings.  The rooster's crow became a love message from his Lord and Savior - "Cock-a-doodle-doo - Peter, I love you!

Peter learned from his failures, and became a leader in establishing the early church.  I'm so glad failures aren't final!


May God bless your week!

Email ThisBlogThis!Share to TwitterShare to FacebookShare to Pinterest
Labels: Peter