Fifteen guests attended - four were men.  Ten were from a local business celebrating the retirement of a co-worker. 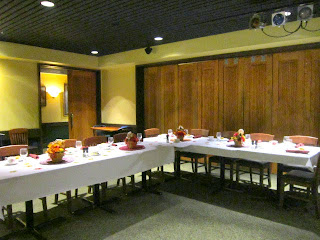 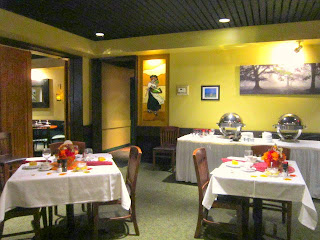 ~ Thanksgiving treats that were demonstrated ~ 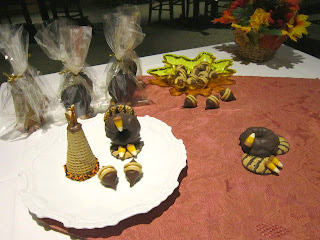 November was a boun-Tea-ful month with "firsts" for women.
I mentioned five great ladies with November birthdays, but because of time restraints only shared brief bio's of two.  Vivien Leigh who was born on November 5th, 1913 and Mamie Geneva Doud Eisenhower, wife of the 34th President of the United States, born on November 14th 1896. 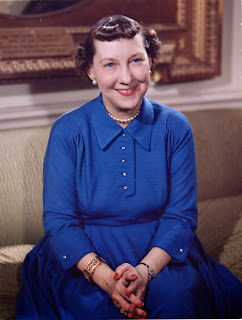 Mamie didn't "officially" serve in the Armed Forces herself, but she gave service to our country by being the wife of a man who did.  She was 19 years old when she married Army Second Lieutenant, Dwight Eisenhower, and just a few weeks after their marriage he left his bride to go on a temporary assignment telling her, "My country comes first and always will - you come second!"  Mamie said that was quite a shocker, but she adored her husband and learned to accept his loyalty to his country.

They moved from army post to army post in the United States, Panama Canal Zone, France, and the Philippine Islands - 27 moves in 37 years.  Their first permanent home, and the only one they ever owned, was their farm in Gettysburg, Pennsylvania. Renovations were completed in 1955, and they moved into it full-time when Ike left the presidency in 1961.  It is now a National Historic site.

God bless our military and their families, and the sacrifices they make to preserve our freedom!

I distributed copies of Mamie's Million Dollar Fudge recipe, which is easily obtained on the Internet.  Ike named the recipe, and enjoyed it often.  I've made it for years and it's delicious.

Another reason to like Mamie... she was a tea drinker.  She hosted many teas during her eight years in the White House.  One notable tea was in 1959 where all the attendees were descendants of presidents.  The last tea she hosted was in 1960 for her niece's debut.  500 guests gathered in the Green Room for the occasion.

Posted by relevanttealeaf at 6:33 PM