I stopped at a local Meijer's store this afternoon, and happily found JELL-O's seasonal Pumpkin Spice instant pudding and pie filling.  I heard about it last year, but was unable to find it, so I'm anxious to give it a taste test. 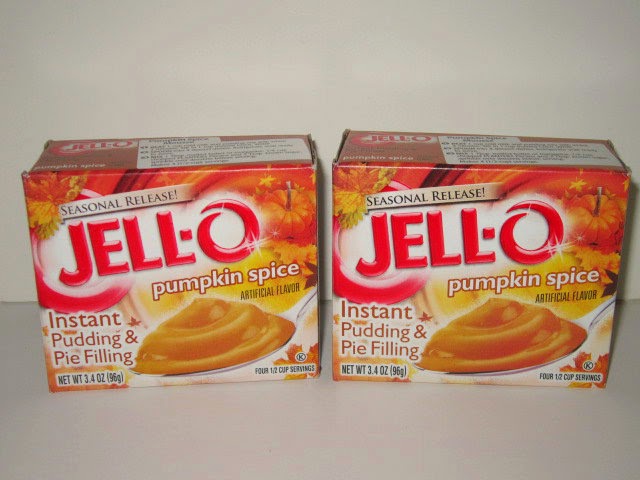 I also spotted some terrycloth tea-themed dish towels that went into my grocery cart. 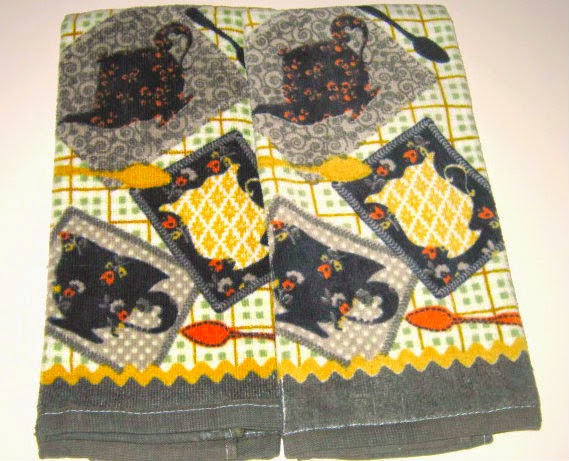 Hendrik Meijer opened his first grocery with his 14 year old son, Frederik, in 1934 in Greenville, MI [near Grand Rapids on the western side of the state].  In 1962 Frederik and his father opened the first "supercenter" store called Meijer Thrifty Acres - a one-stop store combining food and general merchandise.  There are now 106 stores in Michigan, as well as locations in four other states - Ohio, Illinois, Indiana and Kentucky.

Frederik Meijer Gardens is a 132-acre botanical garden and outdoor sculpture park that opened in 1995. 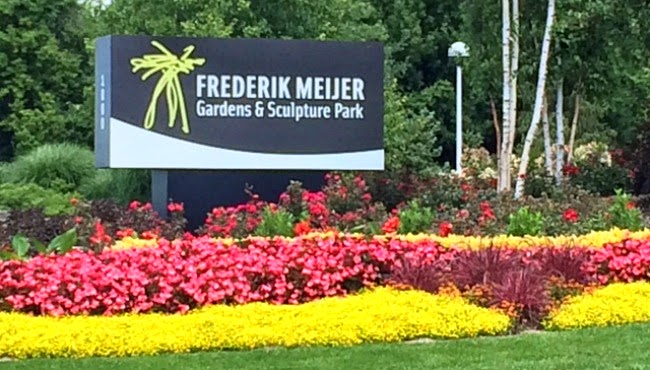 I've known it was there, but have never visited.  That will change in 2015, however.  I recently read that it was named one of the top "30 must-see" places in 2009, and is Michigan's second largest tourist attraction [Mackinaw City is #1].

A Japanese Tea Garden will be completed in June 2015 with an authentic Japanese tea house that was constructed in Japan by skilled Japanese craftsmen, then dismantled, shipped, and reassembled at Meijer Gardens.  Twenty-two million dollars have been spent to create the Tea Garden, which will offer Japanese tea ceremonies by appointment.  I'll definitely be making an appointment! 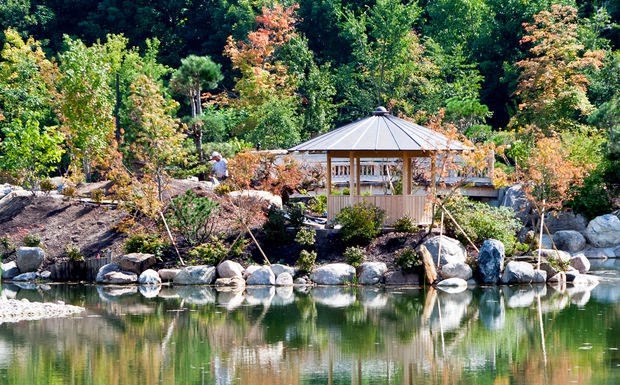 [Internet Photo of  a pond in the Tea Garden]

Pictured below is a statue of Fred and Lena Meijer in the Sculpture Park. 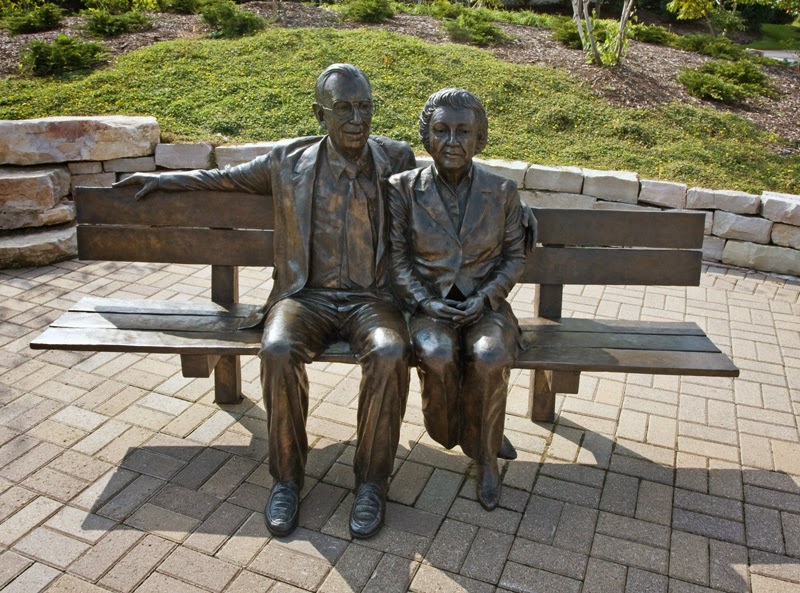 Posted by relevanttealeaf at 7:00 PM

Email ThisBlogThis!Share to TwitterShare to FacebookShare to Pinterest
Labels: Meijers