Afternoon Tea Across America [ATAA], is an international Yahoo E-group that was founded in 2000.  Its membership is 362, and since it's always open to new members, it  experiences continual growth.   I joined in June 2003, and the E-group has been a very important part of my tea journey.

The Tea in London Tour was posted on ATAA, as well as the first annual meeting of the Mid-Atlantic Tea Business Association [both events in my tea journey].   Through ATAA I've met many wonderful tea friends online, and have had the privilege of meeting some of them in person.   ATAA's sharing of tea information, tea party ideas, recipes and photos broadens my tea horizons and provides a lot of pleasure.

In 2010, as ATAA's Tenth Anniversary approached, plans were made to host tea parties  celebrating  the milestone in multiple  locations.   Mary Jane Corwin, owner of  The Amherst Rose Tea Room in Massillon, Ohio, volunteered to host one of the tea parties at her beautiful  Victorian facility. 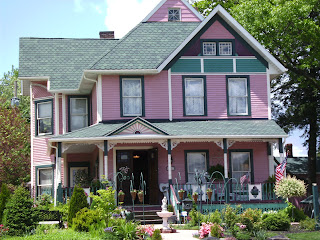 Two of my girlfriends [also ATAA members] and I traveled to Massillon to be a part of the celebration.   It was fun meeting up with other tea friends at the event too. 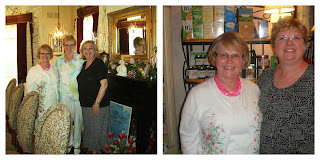 Everyone brought food to contribute to the tea party, and pitched in to help wherever needed. 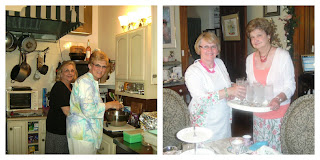 It was a delicious feast, and joyous gathering! 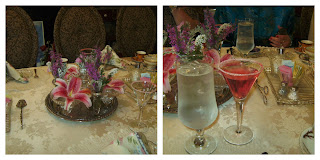 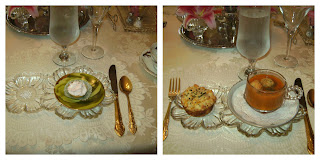 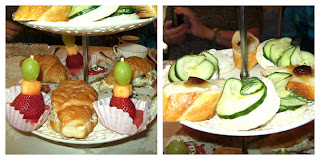 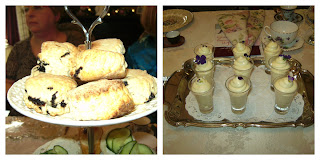 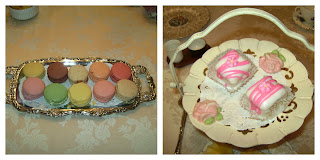 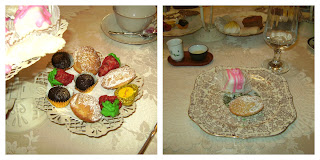 In the photo below an ATAA member from Oregon, joined our celebration via Skype. 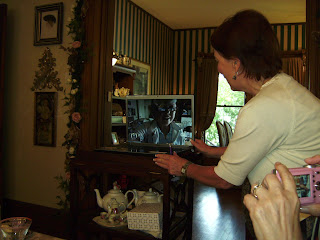 One of the ATAA members in attendance is a certified tea sommelier from Toronto, and she conducted a Chinese Gong Fu Tea Ceremony for us to participate in and enjoy. 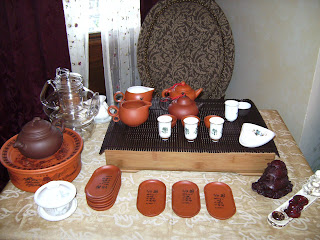 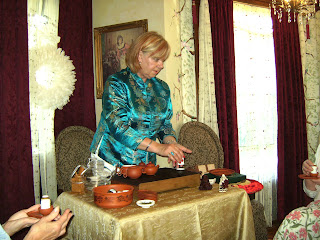 And I demonstrated Flaming Oolong. 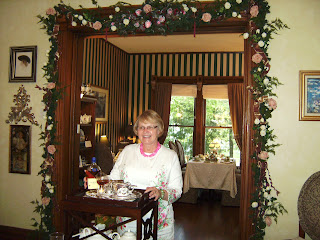 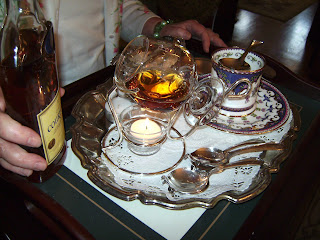 Pictured below are the ATAA Members who attended.   [Three from Ohio, three from Michigan, one from Kentucky, and one from Toronto, Canada.] 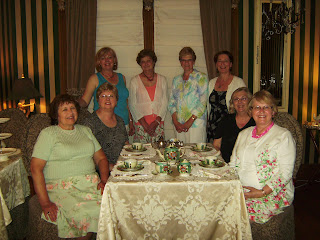 I wrote about the event in Miss. Kitty's Journal and Eve Hill [front left] wrote about it in TEA A Magazine. 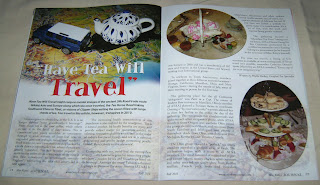 Posted by relevanttealeaf at 10:01 PM