In August 2010, a friend suggested I contact the owners of Ardmore Park Place - a beautiful 1870's Victorian House located in St. Clair Shores, MI - about coordinating  Afternoon Teas at their establishment.  I had taken my mother to tea there shortly after they opened in the late 1980's [under the name of Victoria Place House], so I was  familiar with the establishment.  I  acted  promptly on the suggestion, and the owners graciously granted an appointment.  Plans sprang into action quickly and my first tea was scheduled for September 22, 2010. 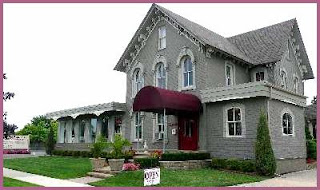 My responsibilities were multi-faceted:  Selecting a theme; determining a menu and giving recipes to management; providing all tablescape items [dishware, centerpieces, etc.] and partial set-up since I transported all the totes containing  tablescape items to every tea as the establishment had no storage space available; purchasing guest favors; ordering, preparing  and serving the tea; coordinating a program/entertainment; and publicity [fliers, press releases for local newspapers/magazines, etc.].   The teas would entail a lot of work, but I was elated to have the opportunity to do something I loved.

I decided on the theme "Celebrating Autumn," - Apples and Foods of Oktoberfest.   It seemed appropriate to recognize the German tradition since the Schneider family, owners of the Victorian house from the 1870's to the early 1900's, were of German descent.

The first tea was almost a sell-out with  31 ladies signing up.    Diligent shopping was necessary to acquire everything in a short time span.   Below are photos of the tablescapes. 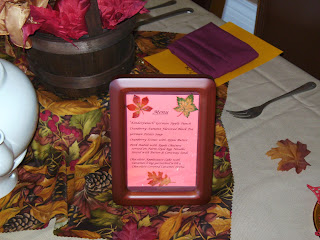 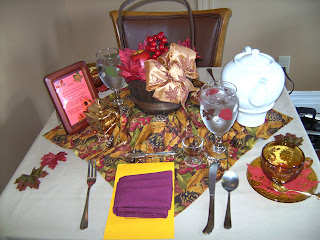 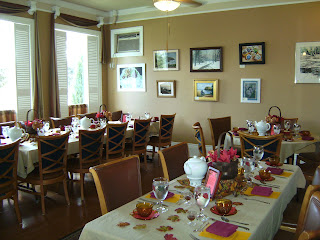 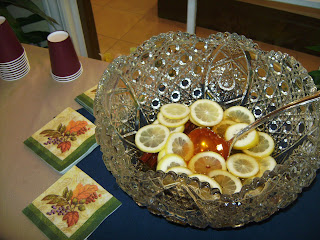 The punch was good to the last  few drops! 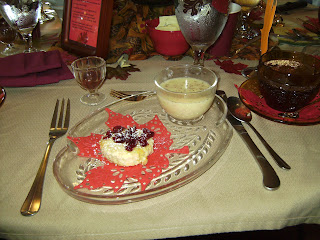 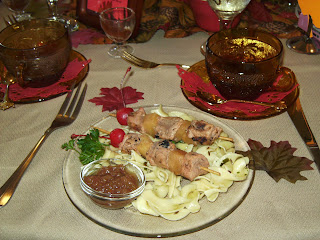 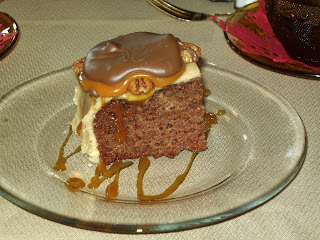 While the ladies enjoyed their meal, I made sure their teapots were continuously filled with hot tea.  The kitchen was a bit of a distance from the private dining room, so before the afternoon was over I began to feel that roller skates would have been more useful than my dressy pumps!  ;-)   But I was delighted to see all the ladies having a good time. 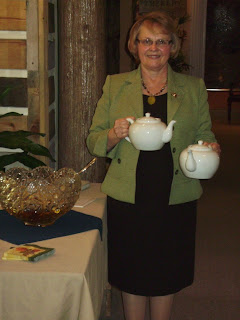 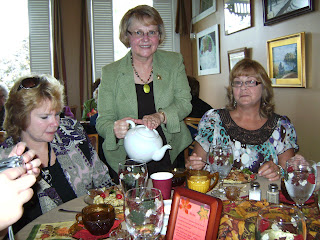 For the program I invited an officer from Carpathia Club - Detroit area's largest German cultural organization.    She came in costume, and brought greetings in German [translated afterwards, of course!].   After sharing a little about the club, I talked briefly about tea in Germany - particularly East Frisia where one-fourth of all Germany's tea is consumed. 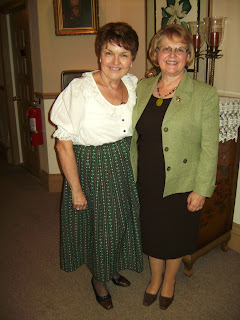 Carpathia Club Officer and me.﻿

Tea journey continued... [this series will end after my Ardmore tea postings].

Posted by relevanttealeaf at 12:15 AM