Fun in the Pumpkin Patch at Ardmore Park Place

Pumpkins and October  go hand-in-hand, so I chose "Fun in the Pumpkin Patch" for the theme of October's tea.

I made baskets of caramel corn for each table so attendees could  munch on it while waiting for the tea to start - a fitting "appetizer" [of sorts] since October is National Popcorn Month. 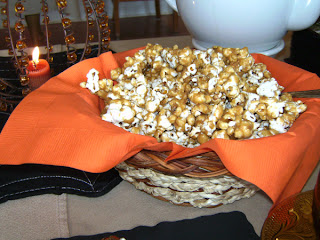 Amber Tiara glass cups and saucers, in the "sandwich" pattern were used for the Sept. thru Nov. teas.  [Tiara glassware was made by Indiana Glass Company 1970-1999.]  Ardmore was only equipped with white mugs, which were unsuitable for tea parties.   I visited several antique stores, and even made a trip to Shipshewana, Indiana in my quest to acquire enough teacups and saucers and amber creamers and sugars for the tablescapes.   I also purchased  black linen napkins, because Ardmore only had burgundy and navy blue napkins.   Were these tea parties supposed to augment my income???  ;-)   No matter, I was having fun!

I purchased small plastic pumpkins for the favors and filled them with black and orange wrapped peanut butter kisses. 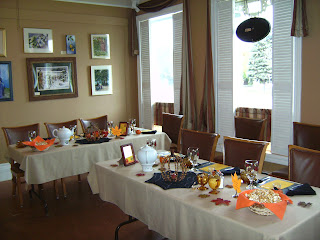 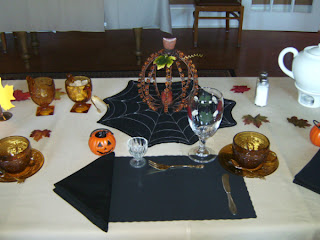 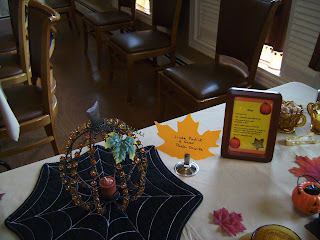 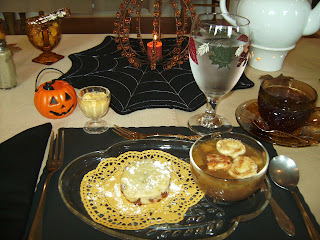 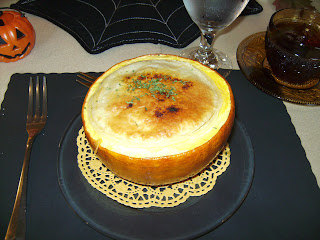 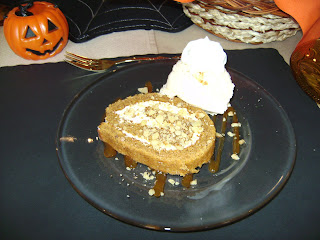 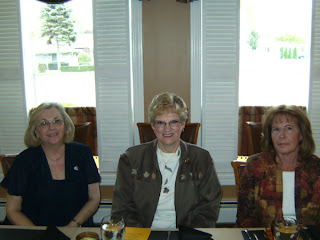 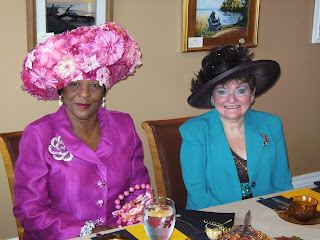 Linda, in the photo below, is the lady who recommended me to Ardmore and suggested I contact them. 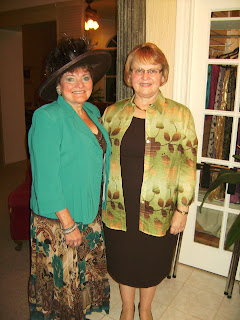 I presented a program on Pumpkin Trivia, the History of the Jack-o-Lantern and Victorian Mourning.   Halloween [Honoring the Dead] and Victorian mourning pair well together since the Victorians had  very strict death and mourning etiquette. 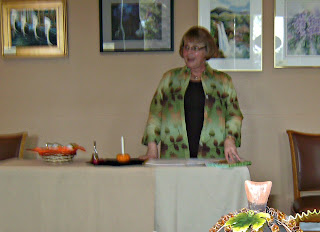 Working at Ardmore gave me a new appreciation for tea room owners [not that I didn't appreciate them before], but I quickly realized that establishing and maintaining a tea program is no easy task.  We went from a near sell-out tea in September to ten attendees in October!   Was it the menu?   The price?  [Ardmore charged $29.50 per person, including gratuity.]   An inconvenient date?  The theme?  Fortunately the attendance picked back up in November.