My Odometer Rolls Over Another Year Today! 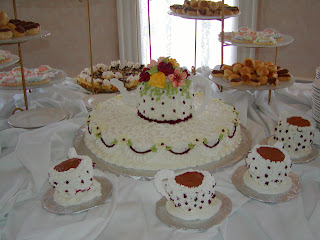 This past weekend was spent celebrating with my family.  No, this wasn't my birthday cake - but I thought it was so cute I just had to share it on my blog today.  Isn't it a tea lover's delight? 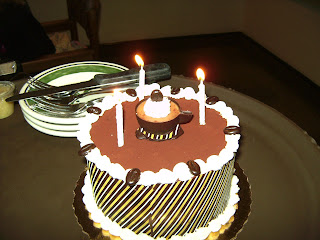 This was my birthday cake - a Tiramisù cake, and it was just as delightful as the cake pictured above.  I know the layers of this cake are moistened with the "other beverage" [coffee], but we pretended that was tea in the chocolate cup on top of the cake! 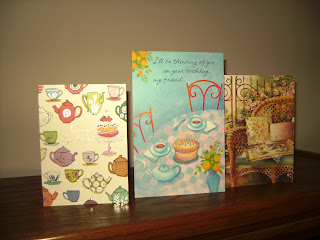 I received several birthday cards, but these three were tea themed.  I'm always amazed at the different tea themed cards that come out every year. 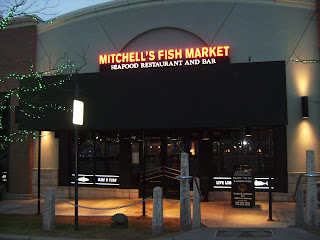 On Friday my daughter took me to dinner at Mitchell's in The Village of Rochester Hills - a  quaint open-air shopping center. 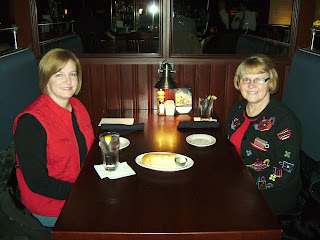 This is my daughter, Lori.   We had such a fun evening together.  Years ago I gave her a plaque that says exactly how I feel about her: "If you were not my daughter, I would have chosen you for my friend."


After dinner we went to see a movie.

Yesterday after church my husband treated all of our family to dinner at Olive Garden.  I told them they were my best gifts of all!   I am blessed with a wonderful family!

Some time ago I read a little ditty that I repeat to myself yearly:  "Birthdays are a good thing.  The more you have the longer you live!"  Keep them coming! 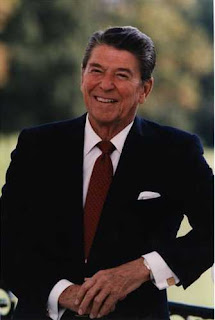 The authors of Tea with Presidential Families state that Mrs. Reagan hosted many intimate teas in the White House and President Reagan frequently joined her. 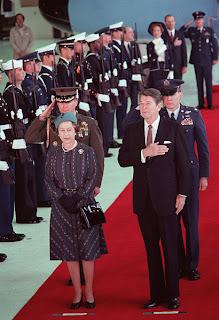 Not only is President Reagan's 101 birthday recognized today, but also Queen Elizabeth II begins her Diamond Jubilee, marking 60 years to the day since she ascended to the throne after the death of her father.  Much research was put into celebrating her life at our annual Ladies' Spring Tea at church last year - "A Tea Fit for a Queen."  Following is a snippet from that research revealing what occurred on this day in 1952:

On January 31, Princess Elizabeth and her husband, Prince Philip, departed for Kenya on a trip representing her father, King George VI, who was ill with lung cancer.   He died in his sleep during the early morning hours of February 6th.  In Kenya, the Princess was up before dawn standing on the observation platform of her hut perched 30 feet up in a tree, at Treetops game lodge where she was staying.   The time difference between London and Kenya was three hours, so it was very likely the Princess had become Queen by the time dawn's light shown on the observation platform.   Jim Corbett, a celebrated big game hunter who was also on the trip later wrote:  "For the first time in history a young girl climbed up into a tree one day as a Princess, and down from it the next as a Queen."

At 1:30 in the afternoon the Princess's Private Secretary was told of a Reuter's News Flash announcing the King's death.   It was confirmed in London at 10:45 a.m.  There was a brief span of time when the people around the Princess knew that she had become Queen, but she herself was relaxed and unaware.  By the banks of Africa's Sagana River, Prince Philip told her the news of her father's death.   A few hours later, a car drove the new Queen to the airport to board a plane bound for Heathrow - just one week after her take-off for Kenya.


What an incredible year of celebration this will be for the Queen.  Countless tea parties will be held in her honor "across the pond" and in the United States too!
Posted by relevanttealeaf at 12:01 AM